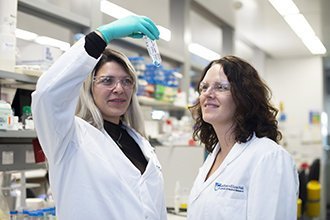 Melbourne scientists have shown for the first time how a protein called SMCHD1 helps to police healthy development in the body.

The study revealed how SMCHD1 rounds up genes that need to be restrained into specific areas where it efficiently disables their function.

Understanding how SMCHD1 operates could boost efforts to develop drugs for diseases that occur as a result of SMCHD1 not functioning as it should, such as muscular dystrophy and potentially even cancer.

The research, led by Dr. Natasha Jansz, Associate Professor James Murphy and Associate Professor Marnie Blewitt from the Walter and Eliza Hall Institute, together with collaborators at Monash University and the Queensland Institute of Medical Research, was published today in the journal Nature Structural and Molecular Biology.

A ‘control room’ for genes

In order for all the different types of cells in the body to develop and function normally, the body needs to carefully control which genes are switched on and off. SMCHD1 plays an important role in this gene regulation process by helping to turn off certain genes when necessary.

Associate Professor Blewitt said until now it was not known how SMCHD1 was able to switch genes off and it was incredibly exciting to finally have a handle on the process.

“We discovered that SMCHD1 is a highly strategic protein that is able to identify and round up genes from vastly different parts of the chromosome. SMCHD1 herds the genes into specific areas within the nucleus where they are efficiently silenced,” she said.

Dr. Jansz said the team was particularly surprised to find that SMCHD1 was required for disabling a set of genes, called Hox genes, which are famous for their role in development as well as cancer.

“SMCHD1 pulled Hox genes from disparate points of the chromosome into a kind of ‘control room’ for silencing thereby clustering DNA that would normally be far apart into one specialised area.

“It’s invaluable to know how Hox genes are regulated because there can be profound consequences for development when they don’t operate as they should. For instance, flies with faulty Hox genes might have legs sprouting from their head rather than antennae.

“The finding is also significant because Hox genes are often switched on in cancer which helps to drive tumour growth,” she said.

Associate Professor Blewitt said the fundamental knowledge of how SMCHD1 operates could help the researchers develop future treatments for diseases that are caused by SMCHD1 not acting as it should.

“Drugs that help to boost SMCHD1 activity could be used to treat people with facioscapulohumeral muscular dystrophy type 2 (FSHD2), a progressive muscle-wasting disease with no current treatments available.

“On the flip side, drugs that help to dampen SMCHD1 activity could be useful for treating Prader-Willi syndrome, an inherited disease causing among other symptoms, muscle weakness and constant hunger, which can lead to obesity and type 2 diabetes,” she said.

Prader-Willi syndrome occurs because a particular cluster of genes lies dormant and cannot be switched on. If the researchers can figure out a way to activate this cluster of genes they might be able to develop a targeted treatment for the disease.

Associate Professor Murphy said the researchers were already in the process of analysing a library of more than 120,000 drug-like molecules to see whether these compounds could help to either boost or dampen SMCHD1 activity, depending on what was required to get SMCHD1 activity back on track.

“Now that we know exactly how SMCHD1 controls genes, we have clear signs we can monitor to test if the compounds are working in the right way. 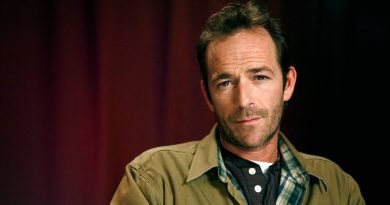 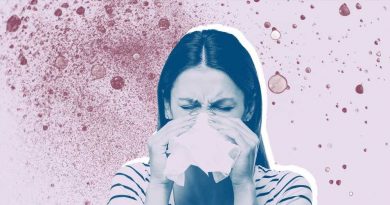 This Is the Most Common Way the Flu Spreads 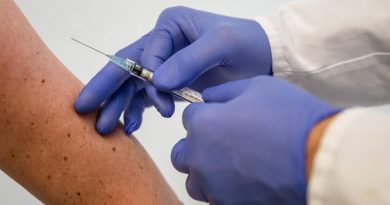