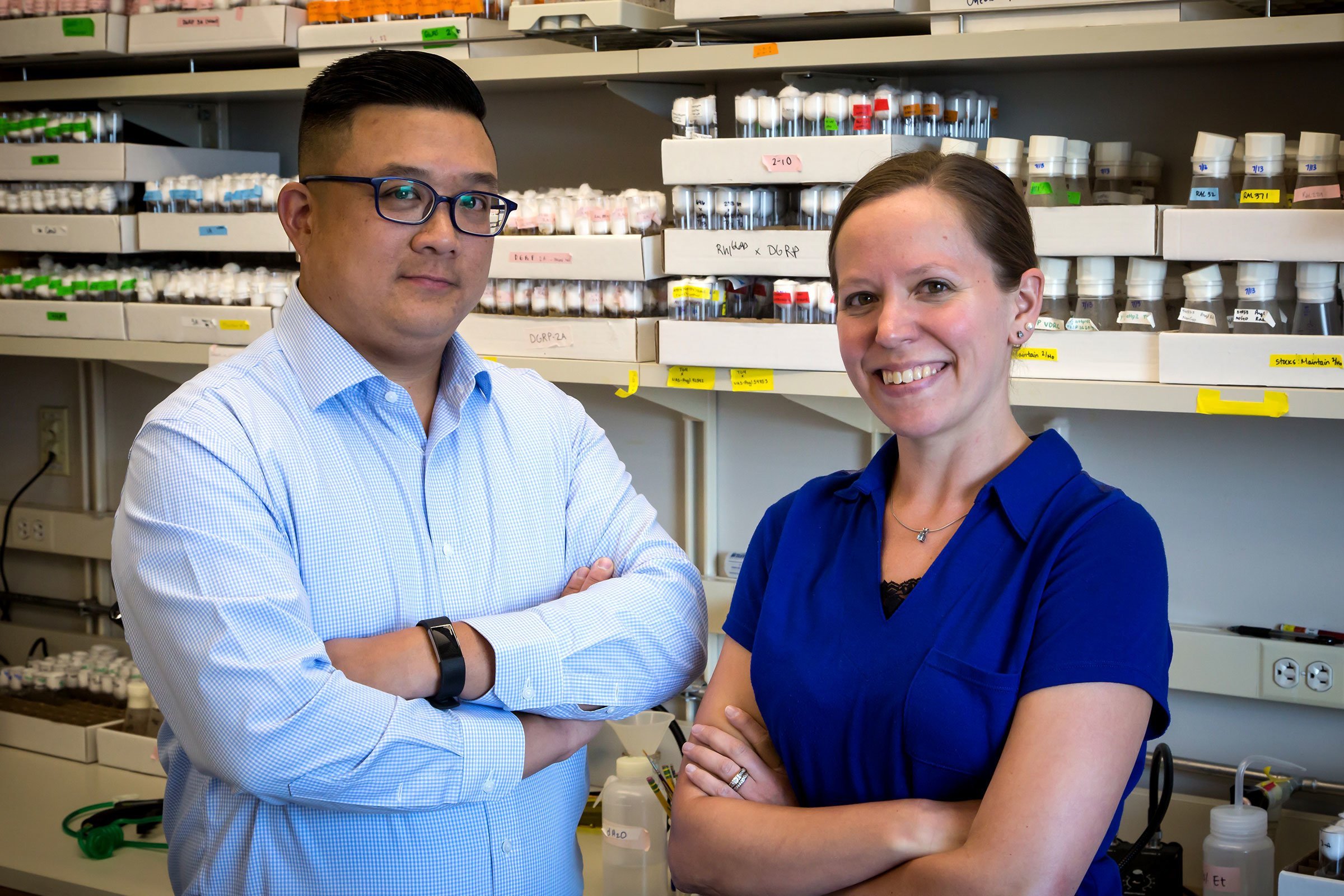 New research offers clues as to why some diseases are highly variable between individuals. The phenomenon is apparent in people with retinitis pigmentosa, a condition that causes the light-sensing cells in the eye to degenerate. While some only develop night blindness, others completely lose their sight, even when their condition is caused by the same genetic mutation.

By analyzing thousands of flies, scientists at University of Utah Health found that variation in a background gene, called Baldspot, can make a difference in severity of the disease.

“We’re seeing that each individual’s genetics is a little different and this can have profound impacts on disease outcomes,” says Clement Chow, a geneticist at U of U Health, who carried out the work with first author and postdoctoral researcher Rebecca Palu. Palu and Chow show that Baldspot is independent of the primary disease-causing mutation. Rather, it modifies disease severity by helping cells in the body withstand stressful conditions.

Targeting genes, such as the human equivalent of Baldspot, could be an effective avenue for developing new treatments against some disorders. The research publishes online in PLOS Genetics on August 6.

Chow gained a new appreciation for the power of genetic diversity three years ago. In collaboration with his advisors at the time, Andrew Clark and Mariana Wolfner, he introduced the same retinitis pigmentosa-causing mutation into 200 strains of fruit flies. While flies within each strains were essentially genetic clones, flies between strains were as genetically variable as distant cousins.

What they saw next was telling. Each population manifested the disease characteristics differently, essentially producing 200 versions of the disorder.

Some fly populations were hardly affected while the eyes of others had degenerated severely, reminiscent of the broad disease variability seen in people. All flies were raised in identical, controlled laboratory conditions, largely ruling out environmental exposures as cause for the heterogeneity. Instead, differences stemmed from genetic variations that occurred naturally.

“This goes to show that studies utilizing many different genetic backgrounds are incredibly informative. Without noting them we risk missing the nuances and that could make treating patients challenging,” says Chow. 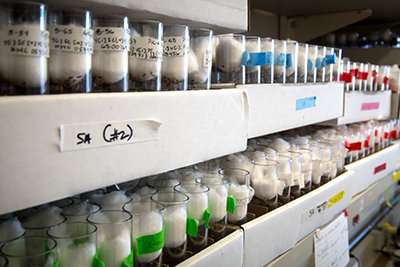 The findings are particularly relevant to today’s precision medicine push to tailor care for each individual, says Chow. Designing therapeutics against genetic modifiers could be a tool for personalizing treatments. Step one is to figure out what they are and how they work.

By comparing the DNA sequences of the strains, Chow and Palu traced disease variation to differences in more than 100 background genes, one of which was Baldspot. Eliminating Baldspot from the eyes of healthy flies had no apparent effect, but doing the same in flies with the retinitis pigmentosa-causing mutation altered disease severity.

“Ordinarily you can’t tell which flies have variations in Baldspot,” says Palu. “Disease conditions reveal the effect of this otherwise silent genetic variation.” The variations work by protecting the cell from disease-causing conditions.

Fly eyes showed signs that the gene impacted a type of stress pathway, called the ER stress response. Using a molecular tag that glows fluorescent green when the ER stress response is active, the Utah scientists saw that the retinitis pigmentosa-causing mutation triggers the pathway. Removing Baldspot from flies with the mutation lowers the stress response resulting in decreased cell death, ultimately improving the condition of the eye.

“It is gratifying to make predictions based on what we know about the gene and show that this is the important factor,” says Palu.

The ER stress response helps cells withstand an accumulation of misfolded proteins that occurs with some diseases, including retinitis pigmentosa. If the human version of Baldspot similarly impacts retinitis pigmentosa, blocking the gene could be a promising target for future treatment options.

The gene’s role in eye disease could be the tip of the iceberg. Palu demonstrated that Baldspot is active in a variety of tissues and has the potential to influence a number of ER-stress related disorders. 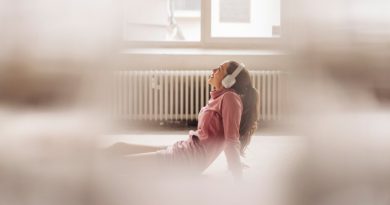 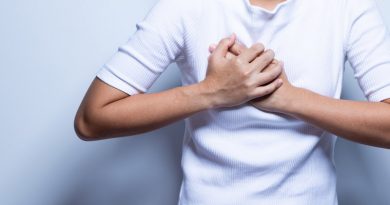 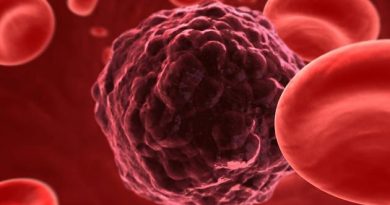 First harmless symptoms: Why is cancer of the blood, which is often so late is detected