The horned-up antics that supposedly go on behind closed doors at the Olympic Village have become the stuff of modern legend, and it’s not exactly difficult to see why. Assembling some of the fittest young athletes in the world under one roof and forcing them to sleep in close quarters, combined with the rush that comes from years of training culminating at the Games? Of course people are going to let off steam—and over the years, rumors of the Olympians’ hedonistic celebrations have only gotten more and more outlandish, with the reported number of condoms being distributed in the Village in the hundreds of thousands each year.

But this year, the postponed Tokyo Games are going ahead at a time when there is still a risk of contracting or transmitting Covid, with several competitors having already been removed from the Games after testing positive for Covid. Therefore, measures are being taken to limit intimate contact between athletes.

According to American distance runner Paul Chelimo, one such measure includes cardboard “anti-sex” beds in athlete accommodation, which are supposedly unable to support the weight of more than one person at a time, eradicating the risk of hookups during the Games—although Chelimo joked on Twitter that he and his fellow runners are probably light enough to get around that technicality, and that one bed could take as many as four of them:

KHN’s ‘What the Health?’: Georgia Turns the Senate Blue 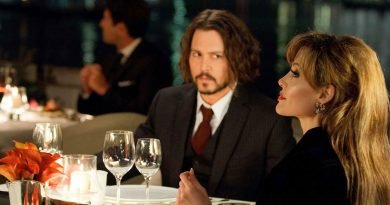