Research published today by a team of Army scientists sheds light on the mechanism of sexual transmission of filoviruses, including Ebola and Marburg virus, which have been shown to persist in the testes and other immune privileged sites. Their work appears online in the journal Cell Host and Microbe.

Sexual transmission of filoviruses was first reported in 1968 after an outbreak of Marburg virus disease and recently caused flare-ups of Ebola virus disease in the 2013-2016 outbreak, according to the authors. How filoviruses establish testicular persistence and are shed in semen, however, was unknown.

Led by Dr. Xiankun (Kevin) Zeng, investigators at the U.S. Army Medical Research Institute of Infectious Diseases (USAMRIID) conducted a study using cynomolgus macaques to examine the persistence of Marburg virus in the testes of animals that survived infection after being treated with antiviral compounds.

The team found that Marburg virus persists in the seminiferous tubules, which are the sites of immune privilege and sperm production in the testes. Persistence leads to severe testicular damage, including cell depletion and breakdown of the blood-testis barrier, according to the authors. In addition, they identified a type of specialized cells, known as the Sertoli cells, as the reservoir for the Marburg virus.

The 2013-2016 outbreak of Ebola virus disease in Western Africa resulted in about 11,000 deaths, and left behind the biggest cohort (over 17,000 individuals) of Ebola survivors in history, according to the World Health Organization. Many follow-up studies have detected Ebola virus RNA in the semen of survivors up to 18 months after recovery. 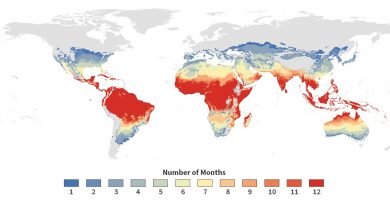