Sarah Stage, aka ‘Six-pack-mum,’ is hitting back at online trolls after she copped serious flak for wearing skinny jeans just three days after giving birth to her second child.

The American model took to Instagram on Thursday to share a snap of herself and her husband leaving the hospital with their newborn son who was delivered via C-section.

“Headed home with Baby Logan! We can’t stop smiling!” she captioned the pic in which the 33-year-old can be seen being pushed in a wheelchair whilst wearing a pair of ripped, high waisted denim jeans.

Fans were quick to weigh in on her outfit choice and express their disbelief at her body postpartum.

“How do you look so good after giving birth?” one fan wrote.

“Girl how on earth are you wearing jeans after a c-section? Wonder woman lol,” penned another.

But others couldn’t help but question the new mum’s motives for getting glammed up.

“Does it ever get exhausting to do your full hair and makeup when you could just relax in sweats after the hardest thing ever? I guess just for me I think of the 30-45 min it would take to do all that and would rather spend it with my baby,” added one user. “To each their own, for sure. I just don’t understand the obsession with wanting to look perfect at all times, in general not necessarily you.

No stranger to receiving criticism on social media, Stage responded in defence.

“My hair hasn’t been washed in almost a week (gotta love dry shampoo) and I barely have makeup on but thanks for thinking I’m fully glammed,” she commented.

“Although, if a woman wants to have her glam squad get her ready or chooses to wear no makeup and sweats it’s really none of our business!! And saying that you would rather spend time with your baby comes off as a little catty, insinuating that a woman would choose her vanity over caring for her newborn when reality is that newborns send lots of time sleeping and I don’t know one woman who would choose her looks over tending to her baby!!”

She continued: “I’m definitely embracing motherhood and also it’s crazy that now I’m not allowed to take a quick iPhone pic with my husband and newborn baby? Being 100% honest, you seem really bitter and unhappy. Anyway, a simple congrats would suffice as I just gave birth a couple of days ago.”

This isn’t the first time Stage has clapped back at critics for judging her.

Back in August, the then seven-month pregnant fitness guru slammed commenters on Instagram who said she shouldn’t be working out.

As I'm nearing #8months I've wanted to share what's been on my mind. Since I've announced my second pregnancy, I've had certain "Instagram medical experts" tell me what I should and shouldn't do.. And while I find some of the comments hilarious, I choose to only listen to my OBGYN and of course I also listen to MY body. If something feels off, I don't do it! I always do what's best for my growing baby and put him first! It's a proven medical fact that continuing exercising while pregnant has many health benefits for you and baby ???? Clearly, I have greatly reduced the intensity of my workouts and stick to at home home exercises from my Fitness Ebook 2-3x a week. There are also some people who assume that since I am exercising while pregnant, that I'm obsessed with how I "look" but in fact I'm obsessed with maintaining a healthy lifestyle that will give my baby and myself the best possible quality of life ? Alternatively, I don't judge anyone who chooses to not be active while pregnant etc. as it's their own life… I'm just sharing my pregnancy journey and appreciate the positive support from most of you ❤️ #thirdtrimester #7monthspregnant #8monthspregnant

“As I’m nearing #8months I’ve wanted to share what’s on my mind,” she wrote.

“Since I’ve announced my second pregnancy, I’ve had certain ‘Instagram medical experts’ tell me what I should and shouldn’t do. And while I find some of the comments hilarious, I choose to only listen to my OBGYN and of course I also listen to MY body. If something feels off, I don’t do it!”

“…There are also some people who assume that since I am exercising while pregnant, that I’m obsessed with how I “look” but in fact I’m obsessed with maintaining a healthy lifestyle that will give my baby and myself the best possible quality of life,” she concluded. 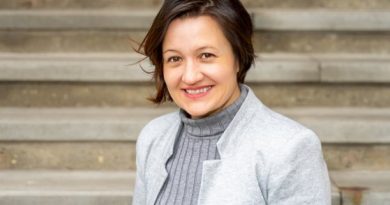 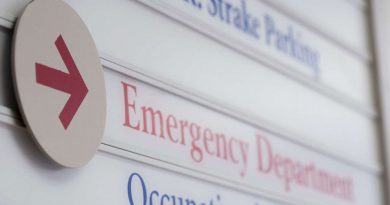 The boarding crisis: Why some kids are waiting days in the ER for psychiatric ward beds Suffering nightmares? It could be a sign of Parkinson's