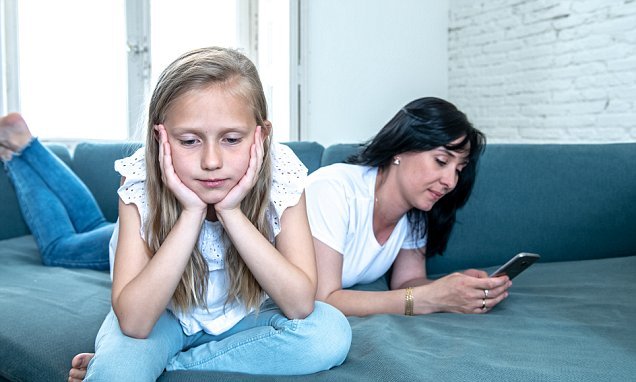 Parents who are addicted to their mobile phones may be to blame for their poorly behaved children, claims research

Parents who have an addiction to their mobile phones may be to blame for their poorly behaved children, research claims.

Scientists have uncovered a trend between excessive use of the devices by mums and dads and behavioural problems in youngsters.

Almost 200 families were involved in the study of ‘technoference’ – interruptions in face-to-face interactions because of technology devices.

Technoference at meals can frustrate children, researchers claim, causing them to become hyperactive, whine, sulk or have a tantrum. 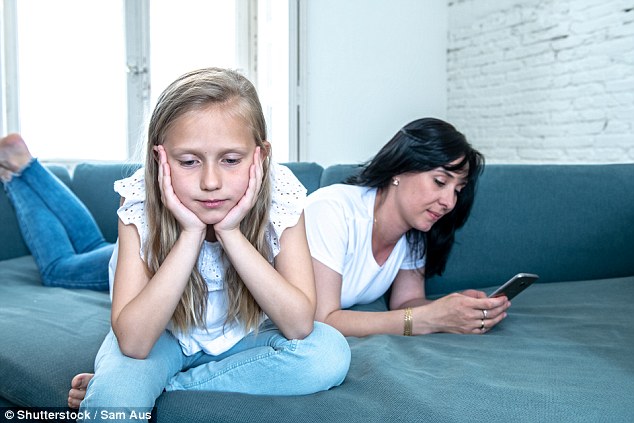 Poor behaviour in children was more closely linked to their mothers’ phone usage, the scientists revealed in the journal Pediatric Research.

A third of this time is estimated to be spent on smartphones, often used during family activities such as meals playtime, and bedtime.

Illinois State University and Michigan University experts said they are all important times involved in shaping a child’s social-emotional wellbeing.

Dr Jenny Radesky, who led the study, said: ‘Children may be more likely to act out over time in response to technoference as opposed to internalize.’

Dr Brandon McDaniel, who also led the study, added: ‘In other words, parents who have children with more externalizing problems become more stressed.

‘Which may lead to their greater withdrawal with technology, which in turn may contribute to more child externalizing problems.’

The researchers quizzed 172 two-parent families who had a child over the age of five using online questionnaires.

Participants indicated how often per day various different devices interrupted their conversations or activities with their children.

The parents also reported on their own levels of stress and depression and their child’s screen media use.

Two fifths of mothers and 32 per cent of fathers admitted being addicted to their phones across the six-month study.

Half of the families reported technoference happening at least three times a day. Only a tenth denied it ever occurring.

Being unable to resist checking messages was listed as one of the key features of addiction, alongside thinking about incoming calls and texts.

The study comes as Manchester is to launch a campaign to tackle the breakdown in communication between parents and children caused by technology.

It will become the first authority in the UK to launch such a scheme, which will see parents given nudge-style texts to advise them when to ditch their phones.

HOW CAN YOU SPEND LESS TIME ONLINE?

Being ‘on’ all the time can have a serious effect on our mind and our bodies, which is why a world-famous personal trainer and health author has shared his tips on how to do a digital detox.

Adelaide-born PT, James Duigan, 42, is the former personal trainer of Elle Macpherson and his words are often treated as gospel as he has also worked with the likes of Emilia Clarke, Rosie Huntington-Whiteley and Lara Stone.

Although many of us communicate with people online and check into social media, Mr Duigan believes we’ve never been lonelier:

‘The primary culprit is social media and our mobile phones. They can bring global communities together and provide a ceaseless source of inspiration at their best,’ he said.

‘But at their worst, they can be a constant nuisance, a constant distraction and stop you living in the present.

‘Even a quick scroll before bed can keep you awake at night or send your self-esteem plummeting as you’re barraged with Insta bums and impossible abs.’

Mr Duigan explained that social media platforms have been purposefully built to be addictive as each notification brings along the ‘happy hormone’ with it.

In a blog post on his website Bodyism, James revealed what his top three tips for a digital detox are.

As with any cold turkey experience, it can be hard to wean yourself off social media – but the trick is to replace the addiction with something else.

The app allows you to choose how long you want to block certain apps for – which means you can slowly coax yourself into blocking them for longer.

‘Creating that extra step between you and your ‘feed’ will help you resist the lure of mindless scrolling when your resolve is wearing thin,’ he said.

Mr Duigan’s third and final step is to be in the moment and make sure you’re tuned in on what is going on around you.

‘No pictures. No selfies. No boomerangs. No Snapchats. For one day at least. Don’t lose the moment by trying to capture it,’ he said.

‘Live in the moment and it will live long in the memory.’ 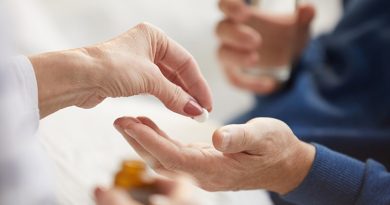 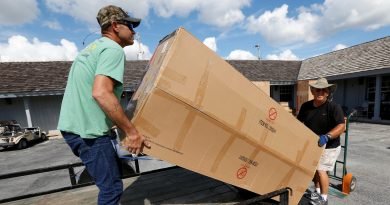 Sending help where it’s needed most after disasters