More than 50,000 people were killed by landslides around the world between 2004 and 2016, according to a new study by researchers at UK’s Sheffield University. The team, who compiled data on over 4800 fatal landslides during the 13-year period, also revealed for the first time that landslides resulting from human activity have increased over time. The research is published today in the European Geosciences Union journal Natural Hazards and Earth System Sciences.

The team found that over 700 fatal landslides that occurred between 2004 and 2016 had a human fingerprint. Construction works, legal and illegal mining, as well as the unregulated cutting of hills (carving out land on a slope) caused most of the human-induced landslides.

“We were aware that humans are placing increasing pressure on their local environment, but it was surprising to find clear trends within the database that fatal landslides triggered by construction, illegal hillcutting and illegal mining were increasing globally during the period of 2004 and 2016,” says Melanie Froude, a postdoctoral researcher at Sheffield’s Department of Geography and lead author of the study.

While the trend is global, Asia is the most affected continent: “All countries in the top 10 for fatal landslide triggered by human activity are located in Asia,” says Froude. The number 1 country is India, which accounts for 20% of these events. It is also the country where human-triggered fatal landslides are increasing at the highest rate, followed by Pakistan, Myanmar and the Philippines.

Dave Petley, a professor and Vice-President for Research and Innovation at the University of Sheffield, started collecting data on fatal landslides after realising that many databases on natural disasters were “significantly underestimating the extent of landslide impact.” While earthquakes and storms are deadlier, landslides do cause a significant number of fatalities.

The researchers identified a total of 4800 fatal landslides, excluding those triggered by earthquakes, that occurred around the world between 2004 and 2016 and caused a total of about 56,000 deaths. The most tragic event identified by the researchers was the Kedarnath landslide in June 2013 in India, which resulted in over 5000 deaths. It was due to extreme weather conditions that caused flash floods and massive mudflows, which affected thousands of religious pilgrims trapped in a mountain area.

Since 2004, Petley has painstakingly collected data on fatal landslides from online English-language media reports. To confirm the news were accurate, Petley — and more recently Froude, who reviewed all landslide accounts — checked each report whenever possible against government and aid agency articles, academic studies or through personal communication. Details about the landslides, such as location, impacts or cause, were added to their Global Fatal Landslide Database.

“Collecting these reports and organising them into a database shows us where landslides are frequently harming people, what causes these landslides and whether there are patterns in fatal landslide occurrence over time. The database provides us with an overview of the impact of landslides on society,” explains Petley.

Aside from Asia, where 75% of landslides in the database occurred, the areas most affected are in Central and South America, the Caribbean islands, and East Africa. In Europe, the Alps are the region with more fatal landslides.

In support of past studies, the researchers also found that 79% of landslides in their database were triggered by rainfall. Most events happen during the northern hemisphere summer, when cyclones, hurricanes and typhoons are more frequent and the monsoon season brings heavy rains to parts of Asia.

The Natural Hazards and Earth System Sciences study highlights that fatal landslides are more common in settlements, along roads, and at sites rich in precious resources. They occur more frequently in poor countries and affect poor people disproportionately, the researchers say.

In the Himalayan mountain region, especially in Nepal and India, many of the fatal landslides triggered by construction occurred on road construction sites in rural areas, while in China many happened in urban building sites. “The prevalence of landslides in these settings suggests that regulations to protect workers and the public are insufficient or are not being sufficiently enforced. In the case of roads, maintaining safety during construction is difficult when it is economically unviable to completely shut roads because alternative routes involve substantial 100 mile + detours,” says Froude.

Landslides triggered by hillcutting are mostly a problem in rural areas, where many people illegally collect material from hillslopes to build their houses. “We found several incidents of children being caught-up in slides triggered as they collected coloured clay from hillslopes, for decoration of houses during religious festivals in Nepal. Educating communities who undertake this practise on how to do it safely, will save lives,” Froude says.

“With appropriate regulation to guide engineering design, education and enforcement of regulation by specialist inspectors, landslides triggered by construction, mining and hillcutting are entirely preventable,” Froude emphasises. “The study highlights that we need to refocus our efforts globally on preventable slope accidents,” concludes Petley. 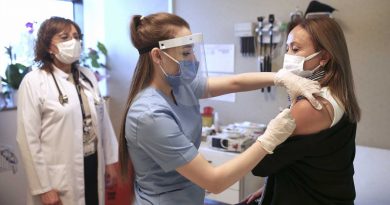