A study has quantified emissions coming from radio frequency sources, and by means of personal and spot measurements has analysed which levels of exposure children find themselves in.

The use of radio frequency sources is very widespread, whether it is in mobile phones, Wi-Fi, Bluetooth, phone antennas, radio and TV, etc., and there is a huge amount of information to find out whether these emissions fall or do not fall within the recommended levels. However, information about the exposure to which individuals, and children, in particular, are subject remains scant, and among experts on the subject there are opposing views about the effect these sources could have on children. In any case, “the levels to which children are exposed need to be properly analysed to be able to conduct epidemiological studies, and for this it is essential to optimize the methodology,” pointed out Mara Gallastegi-Bilbao. She is the author of the work, she wrote up her PhD thesis at the UPV/EHU and is currently working at the Biodonostia Institute.

Measurements of this type offer personal information, since the people participating carry an exposure measuring device around with them. Such measurements constitute a major effort in terms of money and time,” said Gallastegi. The researcher went on to add that “there are certain disadvantages, because the fact of carrying the device around does not allow the measurements to be made properly. Exposure is reduced because of the shielding effect of the body itself, so the values obtained are not totally reliable.” Apart from that, “the behaviour of the participants varies because they are somehow aware that they are being analysed,” said the researcher. In any case, “we conducted personal measurements among a small sample of 50 children over a three-day period,” she added.

“The spot measurements, by contrast, were conducted in environments in which children spend much of their daily lives, in other words, at home, in schools and parks. Bearing in mind the level of exposure in these locations and the time spent in them, the TWA (time-weighted average) values were calculated,” said the author of the work. Weighted averages are ones that apply a different weight to the values. “A study was made of 104 children through a measuring device that provides an analysis of each source separately. Measurements of this type do not call for so much effort in terms of time and are not affected by the shielding effect,” she added.

According to Gallastegi, “it is the first time that the two methodologies have been compared, in other words, besides carrying out spot measurements in the locations where children spend most of their time, a set of personal measurements was also made on a smaller sample.”

“Despite the fact that the absolute values obtained by one methodology and the other do not coincide, no differences were observed when it comes to classifying the child population into one level or another in terms of exposure to sources of radio frequency,” said Gallastegi. “For the epidemiological studies we were not that interested in knowing the exact value of the exposure, but in knowing whether children are exposed to low, moderate or high levels of exposure, since inadequate classifications could lead to incorrect interpretations,” added the researcher. Therefore, “the measurements of the exposure based on spot measurements could be useful and appropriate for classifying children into low, moderate or high levels of exposure, as long as they are studied in environments in which they spend most of their daily lives, and bearing in mind that the child population studied do not yet use mobile phones on a regular basis,” concluded Mara Gallastegi-Bilbao. Mayo Clinic Q and A: Know your heart health numbers 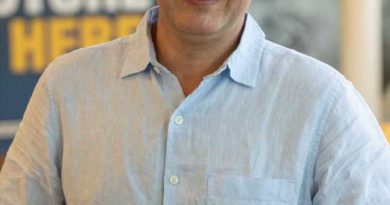