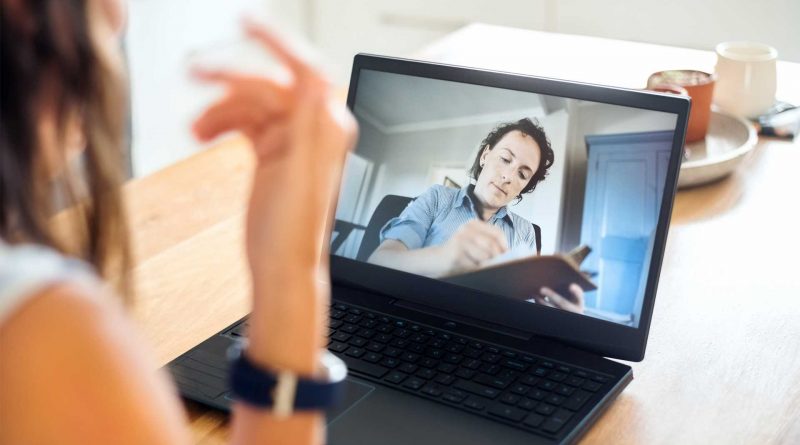 When Pat Paulson’s son told her he was feeling anxious and depressed at college, Paulson went through her Blue Cross Blue Shield provider directory and started calling mental health therapists. No providers in the Wisconsin city where her son’s university is located had openings. So she bought a monthly subscription to BetterHelp, a Mountain View, California, company that links people to therapists online.

Her son felt uncomfortable with his first BetterHelp therapist. After waiting several weeks, he saw a second therapist, whom he liked. But she wasn’t available the following week.

Despite the switch and the wait, Paulson is grateful she was able to find her son help. “He was getting to the point where he was ready to give up trying to find someone,” she said.

Many U.S. adults aren’t able to find help because of a shortage of therapists. Nearly 40% are struggling with mental health or substance abuse issues, according to the Centers for Disease Control and Prevention.

So millions of people are turning to online companies like BetterHelp that have sprung up in the past several years, advertising quick access to therapy. Often backed by venture capital firms, these for-profit businesses offer a wide mix of services, including one-on-one and group video therapy visits with licensed professionals, supportive texting, coaching videos, and prescriptions for medications.

In their ads, some of the companies feature testimonials from celebrities like Olympic athletes Simone Biles and Michael Phelps. But veteran therapists and officials from leading mental health professional associations say there’s limited evidence of the new online providers’ effectiveness.

“There are fundamental questions about what these companies are doing and whether they are reaching people who really need help,” said Dr. John Torous, director of the digital psychiatry division at Beth Israel Deaconess Medical Center in Boston and chair of the American Psychiatric Association’s Health Information Technology Committee. “They may be doing wonderful work, but it’s hard to know when we don’t have that data.”

Dr. Varun Choudhary, chief medical officer at Talkspace, an online and mobile-based therapy provider, said online companies can help patients who face financial, cultural, and accessibility barriers to traditional therapy. He said clients may want the convenience of getting care online at home.

“By bringing together patients on a teletherapy platform, Talkspace expands capacity to deliver treatment,” he said. The company, headquartered in New York, says it has served more than a million people with 3,000 providers across all 50 states, and it charges $400 or more per month for four weekly live sessions.

Research suggests therapy delivered online can be effective and, spurred by the covid-19 pandemic, many individual therapists are offering sessions with their patients online. But the rapid proliferation of the online commercial therapy industry worries some traditional mental health professionals who have raised concerns about aggressive advertising for online services and whether patient care is compromised by inadequate training and pay for therapists working at some digital companies. In addition, news reports have detailed questionable prescription protocols, after which federal law enforcement launched probes of one company.

“Online companies inundate the internet with appealing ads that make promises about treating depression and anxiety,” said Marlene Maheu, a clinical psychologist and founder of the Telebehavioral Health Institute, who trains practitioners in best online practices and evaluates services for employers who may want to offer them as benefits to workers. “But can you trust them with your kid who’s in trouble?”

Studies have found face-to-face video psychotherapy visits and other mental health sessions to be just as effective as in-person encounters. But veteran mental health professionals are skeptical of some online providers’ texting practices and services that do not involve real-time video therapy. Research support for the efficacy of texting and similar services is scarce. On its own sites and publications, the American Psychological Association has barred advertising from one online mental health company on the grounds that its services do not meet the APA’s criteria for evidence-based therapy.

“Our concern there is that a patient will leave a text and it might be hours before the therapist responds,” said Vaile Wright, senior director for innovation at the American Psychological Association. “We don’t have peer-reviewed research to support that this is effective.”

Psychologist Bradley Boivin, who worked as an independent contracting therapist with BetterHelp for three months last year, said he had such strong concerns about the extensive use of texting for therapy that he told his clients he wouldn’t do it.

Boivin, who now works for a private practice in Scottsdale, Arizona, said other BetterHelp therapists told him they felt pressured to reply to client texts at all hours of the day. A BetterHelp compensation sheet obtained by KHN shows therapists get paid by the number of text words they read and write.

Alon Matas, founder and president of BetterHelp, which spent more than $7 million in December to advertise on 556 podcasts, defended the use of texting, saying his company’s therapists are not expected to respond immediately to clients’ texts. Each therapist uses professional judgment to decide when is the right time to use messaging and “how it’s best suited for each individual member,” he said.

Many therapists working at online companies are independent contractors, with no liability insurance or health insurance from the company, according to officials at associations for mental health professionals.

The online companies often attract therapists who are less experienced because the pay is typically lower than what therapists in private practices generally earn, according to Laura Groshong, director of policy and practice for the Clinical Social Work Association. “This is a way for new clinicians to get a foot in the door, and that’s something people should know,” she said.

The BetterHelp compensation sheet shows that the company pays therapists on a sliding scale based on how many hours per week they work — $30 per hour for the first five hours, $35 for the next five, etc., topping out at $70 per hour for any hours in excess of 35. That’s less than the typical $100 to $200 per session that private-practice therapists around the country charge clients.

Matas said the sheet does not reflect that therapists’ base hourly compensation by his company may be supplemented with monthly stipends, payments for group sessions, bonuses, and caseload incentives. BetterHelp has more than 25,000 therapists in its network, and Matas said it effectively pays up to 60% more than the median compensation for licensed therapists in every metropolitan area where it has therapists.

There also are concerns about online companies whose clinicians prescribe psychiatric drugs — either controlled substances that are potentially addictive such as Adderall, or antidepressants such as Zoloft that are not addictive but have potentially dangerous side effects.

Federal law requires doctors to see a patient in person before prescribing controlled drugs, which are those tightly regulated by the government because they can be abused. The federal government waived that provision under public health emergency rules issued early in the covid pandemic. Officials are considering whether to extend that waiver whenever the public health emergency period is over.

That review has been roiled by recent law enforcement actions following news reports in March. The Justice Department and the Drug Enforcement Administration are investigating Cerebral, a San Francisco online-prescribing company, for possible violations of the Controlled Substances Act for its prescribing of Adderall. The company told news organizations it has not been accused of violating the law and it would pause prescribing Adderall and other controlled drugs for attention-deficit/hyperactivity disorder. In a statement to KHN last month, it said, “Cerebral is fully cooperating with the Justice Department investigation.”

The DEA declined to comment on the probe, and the Department of Justice did not respond to KHN.

In a letter to the editor responding to a Bloomberg News article describing practices at Cerebral that included short patient appointments, aggressive advertising, and pressure on providers to prescribe drugs, Cerebral’s founder and CEO, Kyle Robertson, said his company did not give quotas or targets to clinicians to prescribe drugs. Cerebral “follows clinical prescribing guidelines based on the latest research,” he wrote.

The company’s directors removed him from his position in May.

The Cerebral allegations are “a wake-up call to everyone in the industry,” said Thomas Ferrante, an attorney at Foley & Lardner, which represents some online companies. “It’s a reminder that health care is a highly regulated space.”

“Companies like Cerebral are wrecking telemedicine for everyone,” said Piper Buersmeyer, a psychiatric nurse practitioner who is the majority owner of Med Rx Partners, an online and in-person service that evaluates patients and prescribes medications in Vancouver, Washington. “They are destroying trust.” She said she was concerned that some companies do not adequately evaluate patients’ mental health issues before prescribing medicines.

Other companies also advertise directly to consumers about aid in obtaining medication. For instance, Hims & Hers, another San Francisco telehealth firm, has run ads offering to provide “medication for anxiety and depression in less than 24 hours” after clients fill out a short form and connect online with a Hims & Hers provider. A spokesperson for the company, Sam Moore, said providers prescribe drugs only after following “evidence-based clinical protocols.”

Dr. Bob Kocher, president of Lyra Clinical Associates in Burlingame, California, said the optimal treatment pairs talk therapy with medication when needed. That generally works better than medication alone, he said. But he is concerned that some online therapy providers may not perform an adequate clinical evaluation of patients before and after they prescribe, may rely too much on patients’ self-diagnosis, and may not provide enough talk therapy.

“It’s not always clear it’s depression,” said Kocher, a practicing internist. Prescribing medications without adequate diagnostic work or continuing talk therapy, he added, would be “worrisome, because antidepressants are not without their own serious risks, including suicide.”

Based on her experience reviewing some online companies for employers and training therapists in online settings, Maheu is concerned that companies may not give their therapists training in how to deliver safe, effective, and ethical therapy online. As a trainer of online providers herself, she teaches therapists how to de-escalate suicidal or other crisis situations over the video screen. Meanwhile, there’s little government or professional regulation to protect consumers, she added. “What’s happening is a corporate takeover of behavioral health care by digital entrepreneurs,” Maheu warned. “This industry is a catastrophe waiting to happen.” 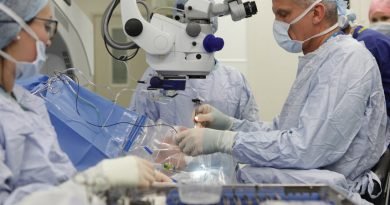 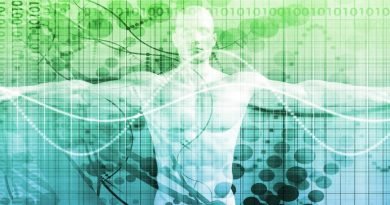 To have drunk without drinking alcohol?