Aretha Franklin—who has previously struggled with her health—is very sick and her death is “imminent,” PEOPLE confirms.

“She has been ill for a long time,” a longtime friend tells PEOPLE. “She did not want people to know and she didn’t make it public.”

A source close to the singer spoke to the Associated Press on Monday to confirm that Franklin is “seriously ill,” although they did not provide any additional details as to the severity or the cause of the 76-year-old singer’s illness.

Showbiz 411 reporter Roger Friedman was first to report the singer is “gravely ill,” sharing that Franklin’s family are “asking for prayers and privacy.”

The Queen of Soul’s family also told Local 4 in Detroit that Franklin is “gravely ill.”

“I am so saddened to report that the Queen of Soul and my good friend, Aretha Franklin is gravely ill,” wrote Detroit news anchor Evrod Cassimy. “I spoke with her family members this evening. She is asking for your prayers at this time. I’ll have more details as I’m allowed to release.”

He revealed Monday that Franklin is alert and speaking, tweeting, “Just got a chance to speak to Aretha Franklin. She is resting and surrounded by close friends and family.”

According to another source close to Franklin, those in the singer’s circle were told two weeks ago that “she could go any time” and that her weight was down to 85 lbs., TMZ reported.

Another source also told the outlet that Franklin has been battling cancer, a rumor that has existed for many years, which the singer has previously chosen not to address. “I am not going to even deal with that,” Franklin previously told JET.

Ahead of scheduled concerts in March and April of this year, the singer was forced to cancel the performances under doctor’s orders.

“Aretha Franklin has been ordered by her doctor to stay off the road and rest completely for at least the next two months,” Franklin’s management said in a statement at the time. She is expected to release her next album, entitled A Brand New Me, in November.

Franklin previously announced in February of 2017 that she was retiring from music. “I will be recording, but this will be my last year in concert. This is it,” she told a Detroit TV station, before admitting that she would still take the stage at “some select things.”

Despite her failing health in recent years, Franklin returned to the stage last August for a performance at the Mann Center in Philadelphia, despite noticeable changes in her appearance that caused concern about her well-being. She also sang at the Elton John AIDS Foundation’s Enduring Vision benefit gala in November 2017.

In April 2011, Franklin sat down for an interview with PEOPLE just months after being hospitalized for an unspecified operation. Though she strongly denied having bariatric surgery, the singer — who had lost 85 lbs. at the time— did not directly address the rumors that she had cancer.

“I feel fabulous, really,” she told PEOPLE. “And I’m so thankful to all of the people who said a little prayer for me. People at the check out line in the market were telling me that they prayed for me. It’s amazing how beautiful people can be.”

On Dec. 1, 2010, a vigil was held in Franklin’s hometown of Detroit after it had been announced she was headed to the hospital for unspecified surgery. Only the night before, Franklin was nominated for another Grammy, this time for her duet with Ron Isley, “You’ve Got a Friend.”

By the middle of that month, as news spread from family members that she was suffering from pancreatic cancer, Franklin was recovering at home, and saying she was up and about — and feeling better, too. In January 2011, the Queen went so far as to pronounce the matter resolved.

Franklin also canceled six months of tour dates and personal appearances in November 2010, under doctor’s orders — a sudden announcement that both disappointed and worried her fans, who could see she was not in the best of health. 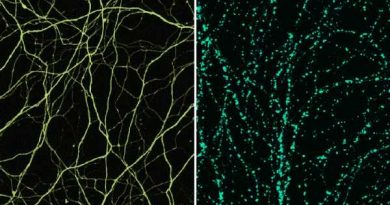