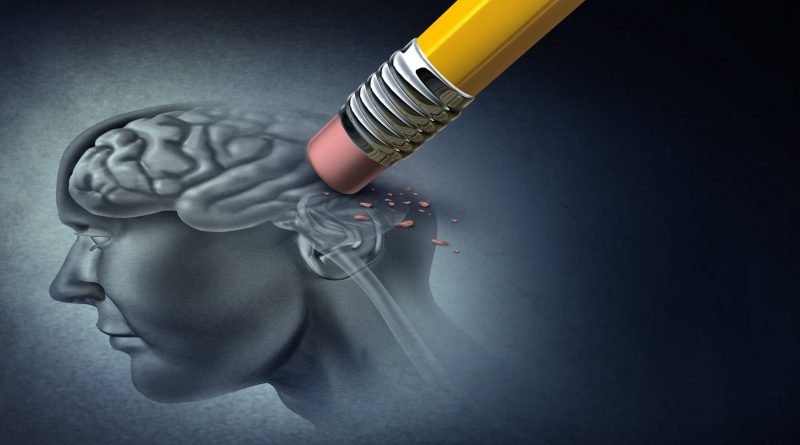 Last week, headlines reverberated across the internet with seemingly groundbreaking news: Scientists had found a cause — and with it, a possible cure — of Alzheimer's disease. The culprit, the reports said, was the bacterium that causes gum disease.

But have scientists really solved one of the 21st century's biggest medical mysteries? Experts tell Live Science that caution is needed and that untangling the knotty causes of Alzheimer's disease is far from straightforward.

The most common form of dementia, Alzheimer's disease currently affects more than 5.5 million Americans, according to the National Institutes of Health. In the brains of people with Alzheimer's, abnormal buildup of proteins — called amyloid plaques and tau tangles — slowly destroy brain cells and the connections among them, hindering the individuals' ability to think and remember.

The damage is irreversible, and Alzheimer's does not yet have a cure. Scientists worldwide have been working in high gear to find one, but most drugs that have reached clinical trials have failed. Still, studies are ongoing and researchers remain hopeful. [9 Surprising Risk Factors for Dementia]

There are two forms of Alzheimer's: early onset and late onset.

Early-onset Alzheimer's typically affects people before age 65, with the symptoms usually showing up in a person's 40s or 50s. This form of the disease is uncommon, affecting just 5 percent of all people with Alzheimer's, according to the Mayo Clinic.

In most cases, scientists know exactly what causes early-onset Alzheimer's: genetic mutations passed down through the family. Mutations in one of three genes — called APP, PSEN1 and PSEN2 — can cause a person to develop the early-onset form of the disease. In fact, a person needs to inherit only one of these genes from one parent for the disease to manifest.

The vast majority of Alzheimer's cases, however, are the late-onset type, which typically affects people over age 65, said Dr. Riddhi Patira, an associate professor of neurology at the University of Pittsburgh Alzheimer's Disease Research Center.

Late-onset Alzheimer's disease isn't necessarily hereditary; in other words, even if a person's parents both have the late-onset form of the disease, that person is not guaranteed to also get it, Patira said. Among her patients, "this is the most common misconception," she added.

So, what does cause late-onset Alzheimer's?

Scientists don't really know yet. Alzheimer's is likely not simply the result of one cause, but rather a combination of genetic, environmental and lifestyle factors, Patira told Live Science.

For example, a mutation in a gene called ApoE is thought to increase a person's risk for developing late-onset Alzheimer's, but it does not cause it, Patira said. When people who have taken genetic tests come in with a concern that they have this gene, Patira tells them, "it does increase your risk, but it does not guarantee anything."

ApoE plays a role in how cholesterol moves through the blood, according to the National Institutes of Health. Some evidence suggests that people with high blood pressure and high cholesterol have an increased chance of developing Alzheimer's.

Potential environmental causes include radiation, concussions, trauma and exposure to certain chemicals, Patira said. But really, "any cause [you] can imagine, you will find a study about it in the literature," she said. "Everything is hot in Alzheimer's research because people are really desperate" to find a cure.

But lately, scientists have increasingly turned their attention to microbes.

The study that spurred last week's headlines was published on Jan. 23 in the journal Science Advances. In this study, researchers suggested that Porphyromonas gingivalis, the bacteria that cause a common type of gum disease, may also play a role in Alzheimer's. The researchers found that people with Alzheimer's had these bacteria in their brains.

The majority of the study was conducted in mice, however. In those animals, the team showed that the bacteria were able to travel from the mouth to the brain, where they could inflict damage on brain cells and increase the production of the beta-amyloid proteins that cause the telltale plaques of Alzheimer's. What's more, the researchers found that they could stop this damage in mouse brains by targeting toxic enzymes produced by the bacteria. [7 Ways the Mind and Body Change With Age]

Patira noted that while the new study is "well-done … it was done in mice, and mice's brains are similar to [ours] but not the same." Many studies looking at late-stage Alzheimer's have been conducted on mice — some were successful, some not. But even the successful ones, one after the other, failed when they reached the human stage, Patira said.

In any case, while staying skeptical that the new findings will hold true in humans, she said that the results are "promising."

Keith Fargo, the director of scientific programs and outreach for the Alzheimer's Association, agreed that it's "definitely plausible" that such bacteria could play a role in Alzheimer's. However, he also noted that because the study was conducted in mice, its results shouldn't yet be interpreted as holding true for humans.

The idea that bacterial or viral infections could play a role in the development of Alzheimer's was "a bit out of the mainstream" up until maybe a year ago, Fargo told Live Science. But lately, this idea has gained momentum, as scientists have figured out possible mechanisms for how an infection could lead to the formation of these abnormal protein buildups in the brain.

The microbes most commonly suspected of playing a role in Alzheimer's are herpesviruses.

But even if a virus plays a role in the development of the disease, it's likely not the only factor.

With herpes, for example, the vast majority of people are infected with a herpesvirus infection before the age of 5, Fargo said. "But only about a third of people over the age of 85 develop Alzheimer's disease," he said. So, if microbes do play a role in Alzheimer's disease, there's also something else going on that makes some people more susceptible to the condition.

Whether infectious agents play a role or even cause Alzheimer's, Fargo wanted to make one thing clear: "There is no reason for anyone to believe that Alzheimer's disease is contagious."

Most scientists in this field are expecting that they will soon learn that there are multiple causes of Alzheimer's, Fargo said. And he said he's hopeful we'll soon understand the disease much more clearly than we do now. "I actually tell people that we are entering a golden age of Alzheimer's research," he said.

Though most drugs that have been developed to targeted Alzheimer's have failed early in clinical trials, there are still trials ongoing and there will be more in the future. "I'm optimistic that at some point in time I will have more things to offer my patients," Patira said.

For now, people can lead a healthy lifestyle to reduce their risk of developing the disease, she said. Indeed, there is increasing evidence that physical, mental and social activities reduce the risk of getting Alzheimer's, according to the Centers for Disease Control and Prevention. 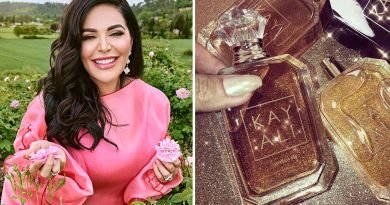 Mona Kattan Is FINALLY Launching Her Own Perfume, and It’s Called Kayali

210,000 people affected: Spanish Numbers of large city due to the increasing Corona-quarantined

210,000 people affected: Spanish Numbers of large city due to the increasing Corona-quarantined

Dementia diet – the simple breakfast swap to protect against Alzheimer’s disease
Recent Posts
We and our partners use cookies on this site to improve our service, perform analytics, personalize advertising, measure advertising performance, and remember website preferences.Ok