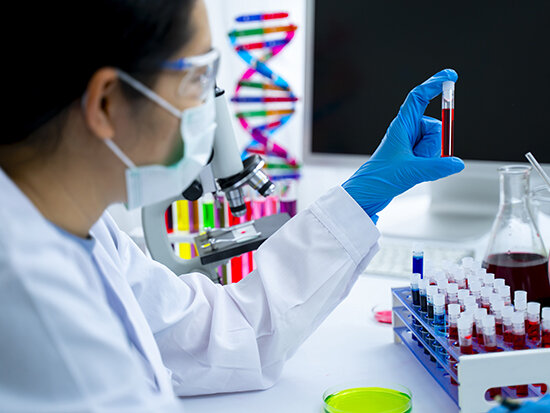 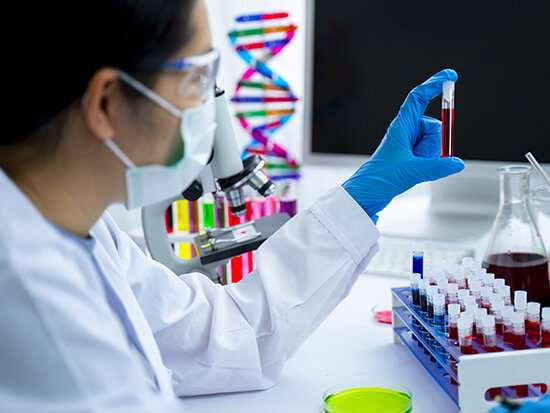 Pharmacogenomics, the study of how a person’s unique genetic makeup—their genome—influences their response to medications, has become the cornerstone of precision medicine. In a review of the current state of the field of pharmacogenomics, authors from the University of Alabama at Birmingham draw attention to the changing understanding of race and ancestry in medicine, and how pharmacogenomics can help usher in race-conscious medicine.

The review, published this summer in Clinical Pharmacology & Therapeutics, was written by Nita Limdi, Pharm.D., Ph.D., professor in the Department of Neurology, director of the pharmacogenomics program and associate director of the Hugh Kaul Precision Medicine Institute, and Brittney Davis, Ph.D., a postdoctoral fellow in genomic medicine.

The history of variable drug response

The review article looks at the recognition of variable drug response from its origins in 510 BC, when Pythagoras observed the occurrence of anemia after eating fava beans, to the gains made over the past 25 years, starting with the creation of the PharmacoGenetic research network, the completion of the Human Genome Project, and the establishment of the Clinical Pharmacogenetic Consortia and the Implementing Genomics in Practice consortium.

Limdi and Davis demonstrate how pharmacogenomics helped create the translational framework of ‘bench to beside’—transforming research discoveries from the laboratory bench to therapies delivered at the patient’s bedside. Medicine today is driven by integrating discovery, translation, clinical practice and evaluation of real world effectiveness into a roadmap for seamless integration of research findings into practice.

“Pharmacogenomics has become a valuable tool in our armamentarium for optimizing treatments and is poised to play an increasing role in clinical care,” said Limdi.

In the United States, 60 percent of adults have a chronic disease and 42 percent have two or more. Medication therapy is the mainstay for chronic disease management, accounting for over $330 billion of annual U.S. healthcare costs.

“The review highlights the importance of the genetic underpinnings of response to many commonly used medications—from cancer to psychiatry to infectious diseases,” Limdi said. “Medications such as warfarin and clopidogrel, commonly used blood thinners, demonstrate how pharmacogenomics can drive precision medicine. What’s more, they serve as a model of why race and ancestry are so important to the future of precision medicine.”

Response to medications, the principal treatment modality for acute and chronic diseases, is highly variable, with 40–70 percent of patients exhibiting lack of efficacy or adverse drug reactions. Genetic variants are thought to be responsible for about 15–30 percent of this variability.

Warfarin provides a good example. Discovered in 1945 and approved in the U.S. in 1954, warfarin remains the most widely used oral anticoagulant in the nation. The therapeutic target for warfarin is the gene VKORC1, which has several variants. One variant is common among Whites/Europeans, another more common in Asians and a third more common in Black/Africans. The appropriate dose of warfarin differs between variants, so that the proper dose for someone with one variant can be dramatically different than the doses for those with the other variants.

“We have learned that the failure to take into account race/ancestry-specific variants and to make dosing decisions based on Eurocentric studies can do harm,” Limdi said. “This has led to the development of race/ancestry specific recommendations for warfarin dosing.”

Limdi says the use of cohort studies, rather than randomized clinical trials has been an important step in understanding and addressing racial differences/knowledge gaps.

“While randomized clinical trials are the gold-standard for medical research, diverse racial groups have often been under-represented in these trials,” she said. “Cohort studies, which collect real world data from diverse populations, have played a vital role in understanding genomic predictors of medication response in diverse race/ancestral groups.”

Race and ancestry are not the same

Further, the review draws a distinction between race and ancestry. Randomized clinical trials historically define race as how an individual self-identifies. Better understanding of the genome has shed light on another facet of race, referred to as biogeographical ancestry, which allows for a more precise determination of genomic variation.

Projections of the recent U.S. census indicate an increasingly diverse population, including the doubling of the multiracial population, from 2.6 percent to 6.2 percent in the next 40 years.

In reviewing the genetic basis of hypersensitivity to antiepileptic and anti-infectious medications, Davis underscores the importance of bio-geographical ancestry and discusses how population prevalence of gene variants determines their impact

“We must conduct additional research to understand when differences in drug response are due to population differences in the distribution of the underlying factors,” Limdi said. “We must acknowledge that our current measure of race does not capture its many facets and constructs. These constructs of identity, ancestry and social determinants of health will become increasingly important as the population becomes more admixed.”

Limdi and Davis write that ongoing and future research studies should consider capturing the many facets of race and ancestry to disentangle the influence of social, power, economic and biological/genomic components on drug response.

Asthma’s effects on airways at the single cell level 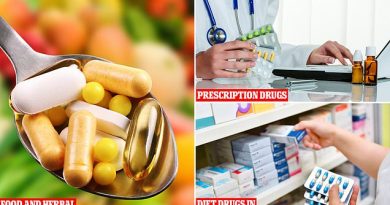 Is there any diet pill that can help you lose weight safely? 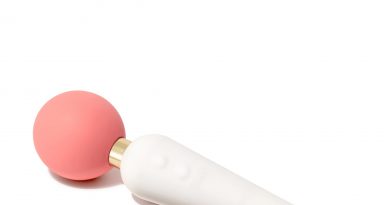