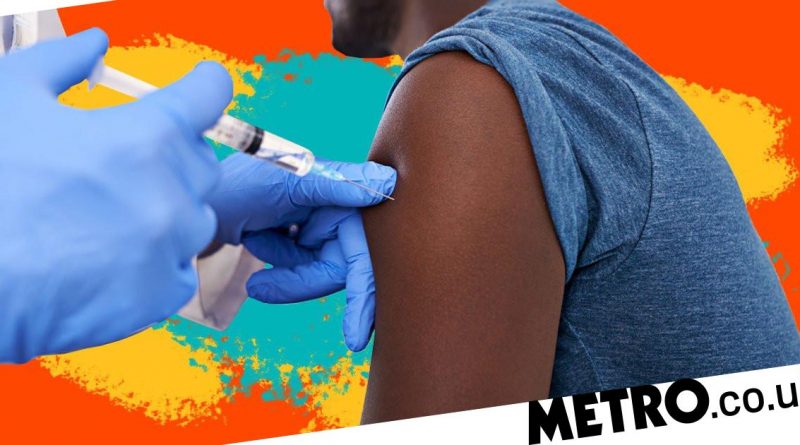 This week, Britain makes history as the first country to start distributing the Covid-19 vaccine created by American drugmaker Pfizer and Germany’s BioNTech.

This feels like the moment we have been waiting for – the golden solution to months of uncertainty, fear, loss, and restrictions on our lives.

But there are some who have expressed reluctance about taking the vaccine.

Notably, people have concerns about the vaccine being created too quickly, and questions over why Pfizer is exempt from legal action.

For ethnic minorities, these concerns mingle with another factor: race. If fears about the vaccine are not addressed quickly, it could leave an already vulnerable group of people more susceptible to the virus.

It’s important to note that some Black, Asian, and other ethnic minority groups are reluctant to take the vaccine due to the complicated history of medicine and race.

Dr Annabel Sowemimo, who started sex-positive collective Decolonise Contraception, tells Metro.co.uk: ‘We have to be aware that there are various different cultural reasons that certain demographics may have issues with.

‘However, one commonality is the fact that in this pandemic we have seen non-white people disproportionately affected.

‘These analyses have led some groups to be obviously very annoyed that they’re not being protected against the virus and then when there was a report into it, it seemed to be kind of delayed.

‘People are a on edge because already they don’t necessarily think the pandemic has been handled particularly well for BAME people. That naturally gives rise to people being suspicious, or concerned.

‘This is also happening on a battleground of increasing racial tensions, as proved by this summer. We saw the rise of the Black Lives Matter movement highlight lots of social injustice and these things do link to people being more predisposed to disease and untimely death like poor housing, access to healthcare.

‘So, with all of this in mind, people are not feeling very trusting towards state-led institutions. Certain communities were nearly used as guinea pigs very early on in the pandemic.’

Dr Annabel refers to a French doctor who, on television, claimed that the Covid vaccine should be tested in Africa – which received furious backlash with people pointing out that ‘Africa isn’t a testing lab’.

Throughout history, and in the current moment, there are deep-seated inequalities in healthcare that have negative impacts on ethnic minority groups.

Black men have died of syphilis in disproportionate numbers as a result of poor care, and the egregious idea that Black skin is thicker than other people’s has endured – resulting in poor management of pain.

There is also the fact that ethnic minorities are underrepresented in clinical trials – 93% of those who signed up for the trials registry for the development of the vaccine (including ongoing tests) were white – which may raise questions about the effectiveness of the drug on other ethnicities.

None of this is to say that Black, Asians and other minorities don’t want to be protected against coronavirus, but rather that this history may contribute to a general mistrust in public healthcare.

While antivaxxers are often treated as an ignorant monolith, not all vaccine hesitancy is equal. Black and brown people want to be able to express their legitimate fears over the vaccine due to how the medical field has treated them in the past. For a lot of people, their trust in the vaccine correlates to their trust in the state.

Teacher Adam, who is a second-generation Somali, tells Metro.co.uk: ‘My community is definitely reluctant in taking the vaccine because of a general distrust of the government.

‘I don’t want to be the spokesperson for my community but I think it would be a pretty accurate assessment to say that Black people are generally less accepting of this vaccine because of the history of medicine and race.

‘From my family, I think our reluctance comes from the fact that we don’t know the long-term health detriments since it’s a new vaccine, also with how quickly this vaccine has been made.

‘I’m also a teacher who interacts with many teachers in my school, and it seems like my assessment of ethnic minorities being reluctant is also the case for teachers of Asian/African/Caribbean descent who have said they won’t take the vaccine for the reasons listed above.’

Adam thinks ethnic minorities have either been largely ignored or scapegoated, being blamed for the spread of the virus.

Adam added: ‘I am aware of the issues that Black people face in accessing medicine and also doctors or nurses not understanding Black patients or health care professionals having their own perceived stereotypes when treating Black patients.

‘An example that springs to mind is when a Black university aspiring doctor wrote a guidebook because many doctors look for symptoms only on white skin. Furthermore, France wanted to test the vaccine on African people in Africa.’

Addressing the issues people have about the Covid-19 vaccine:

There are a few recurring concerns online about the vaccine.

Dr Annabel thinks that viral hesitancy comes from what we’ve seen in history.

‘What was proposed in France highlights the historic body of abuse that has happened where often wealthier nations go to test various medications in the global south, and then those populations do not have access to those drugs (i.e Ebola, or meningitis outbreak in Nigeria),’ she says.

‘You might think that these things are quite distant memories but actually, they are quite at the forefront of people’s consciousness, especially if they’re older.

‘They’ve experienced programmes being set up in the country that they came from and then not having access and feeling like it was all a bit of an experiment.

‘If you look at other epidemics such as HIV/AIDS, people did not get timely access to antiretrovirals in the most vulnerable communities. These things are quite fresh in terms of people’s minds. And there has been a legacy of creating medication and giving it to wealthier populations first.

‘Nobody has really bothered to address our medical mistrust.’

Dr Annabel, who is of West African heritage, says religion may also play a part in people’s attitudes.

‘In religious communities, there may be this narrative that if you take a vaccine that you’re kind of going against God’s will,’ she says.

‘I think these things play into why people are distrusting of the vaccine.’

Nurse Sara*, who is Asian, says she has heard some concerns about the vaccine from patients and colleagues,.

Sara, who says the vaccine is safe, tells Metro.co.uk: ‘One of the concerns people have is that the vaccine isn’t quite safe as it came out in a very short time period and it could possibly have long term side effects.

‘It took short time to come out because this virus isn’t completely unknown. As it’s similar to SARS and MERS, scientists didn’t need to start from scratch. They had a lot of people signing up to help which made the process faster. I think the vaccine is safe.

‘A vaccine wouldn’t be brought out without knowing that it’s safe for the people. It has to pass a lot of the checks before it goes to the market. Healthcare is free here and therefore if there’s any sort of dangerous side effect now or later on, then the government will have to pay to treat that.

‘People also had concerns about the vaccine changing DNA. RNA vaccines work by introducing into the body a messenger RNA (mRNA) sequence that contains the genetic instructions for the vaccinated person’s own cells to produce the vaccine antigens and generate an immune response. This type of vaccine is said to be safer than the normal vaccine which contains dead cells of the virus.’

So where do we go from here?

Junior doctor and research fellow at think tank IPPR – the Institute for Public Policy Research – Parth Patel tells Metro.co.uk that a lot of work has to be done to address the problem, beyond encouraging minorities to just ‘trust’ the process.

He explains: ‘Vaccine hesitancy is often a manifestation of a broader mistrust in authority and institutions, so it is not surprising that there are different attitudes to vaccines among different ethnic groups. We know already from existing vaccination programmes (for other diseases) that uptake is lower in some minority ethnic communities.

‘The really important thing not to overlook is that the messenger is as important as the message. Who is a local, trusted community leader? And an expert at vaccine delivery? And a trained listener? GPs. They have to be the bedrock of the adenoviral vaccine delivery programme if we want effective and equitable vaccine delivery.

‘People will talk about translating information and “targeted comms” but the first rule of addressing vaccine hesitancy is for people to shut up and listen to these concerns.’

We’ve reached out The Department of Health and will update the article should they have a comment to share.

*Name has been changed.

We reached out to the Department of Health and Social Care and a spokesperson told us: ‘A safe, effective vaccine is the best way to protect the most vulnerable from Covid-19 and potentially save thousands of lives.

‘In line with the independent Joint Committee for Vaccination and Immunisation’s recommendation, the vaccine will be rolled out to priority groups including care home residents and staff, people over 80 and health and care workers, then to the rest of the population in order of age and risk, including those who are clinically extremely vulnerable.

‘We will provide advice and support at every possible opportunity to those who have been prioritised to receive a vaccine and anyone who has questions about the vaccination process.’

They also note that prioritisation of people with underlying health conditions will provide for greater vaccination of BAME communities who are disproportionately affected by the virus. They say that tailored local implementation to promote good vaccine coverage in Black, Asian and minority ethnic groups will be an important factor within a vaccine programme in reducing health inequalities in these groups.

Do you have a story you want to share?

The State of Racism

This series is an in-depth look at racism in the UK in 2020 and beyond.

We aim to look at how, where and why individual and structural racism impacts people of colour from all walks of life.

It’s vital that we improve the language we have to talk about racism and continue the difficult conversations about inequality – even if they make you uncomfortable.

We want to hear from you – if you have a personal story or experience of racism that you would like to share get in touch: [email protected] 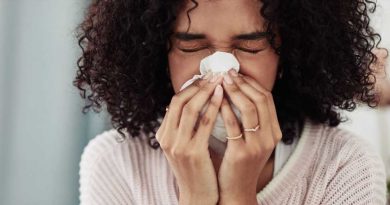 Fall Allergies Can Bring On Symptoms That Resemble A Cold 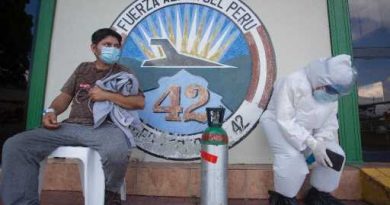 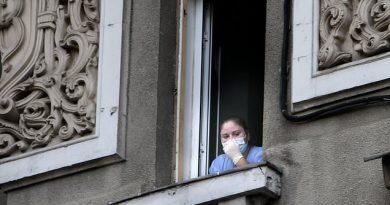