It can be hard to know how to deal with a partner’s sexual fetish. It’s not like we are ever taught how to handle this sort of thing, regardless of how common an issue it may be behind closed doors.

1. Know that there is no such thing as ‘normal’ sexuality

Society teaches us through media messages about what is normal and acceptable sexual behavior. Yet, non-normative sexuality is the norm! Everyone is different and unique in what they find attractive and sexually arousing. Don’t buy into the fact that society and the media presents one form of sexuality and influences the masses to conform to it. If you grew up in a world seeing men dressed in lingerie everywhere, you would think that was “normal” and sexy because it would be a learned thing.

2. Examine the roots of your repulsion to his fetish

What exactly is it about his fetish that makes you so uncomfortable? Let’s say your man is a cross-dresser and you feel sickened by the whole concept because it’s the opposite of what you consider to be “manly” and sexy. Ask yourself this: If society deemed men cross-dressing as the epitome of masculinity and male sexual prowess, and you grew up seeing billboards, advertisements and magazine covers with men in women’s lingerie, do you think you would still find it so repulsive? We are bombarded with sexual imagery from a young age through the media teaching us what is “hot or not.” We learn quickly — without even realizing that we are being indoctrinated — what we are to see as sexy. Sex appeal is a social construct that we learn through absorbing society’s messages about what is acceptable sexuality.

3. Start actually sexualizing his fetish in order to enjoy it with him

If he’s a cross-dresser and you find the mere thought of him adorning a pair of black lacy stay-ups and pink frilly knickers to be utterly cringe-worthy, you will need to start fantasizing about him wearing women’s clothes in order to change your way of thinking from seeing it as “disgusting” to seeing it as masculine and sexy. Trick your mind into finding his fetish a turn-on.

Accept yourself for accepting your partner. Appreciate him for having the courage to share his fetish with you. Can you imagine how daunting it must have been for him to disclose such an intimate thing to you? (And no doubt they have been rejected before if a partner has ever found out in the past). Don’t try and block his fetish out to him or yourself because the more it is normalized between the two of you, and talked about comfortably and freely, the less emotional charged you will feel regarding the topic that initially left you feeling rather unsettled.

A version of this story was published December 2015.

Before you go, check out 69 (nice) sex positions we’d recommend for your bucket list: 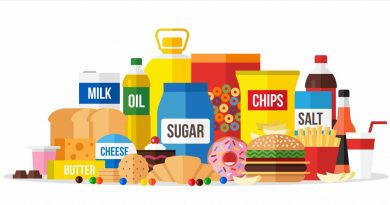 Im fully vaccinated but feel sick – should I get tested for COVID-19? 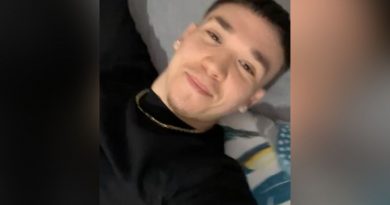