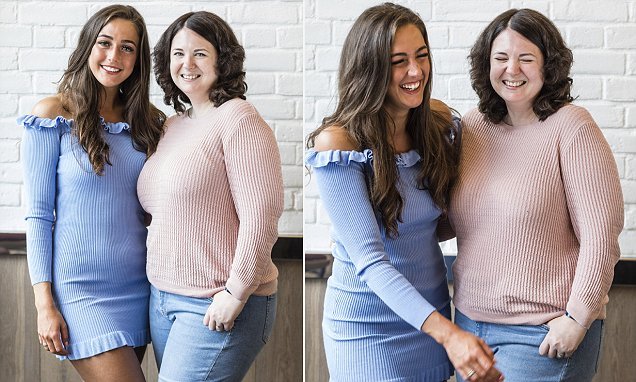 The greatest gift of all: Saving somebody else’s life with stem cell donation

The greatest gift of all: Imogen was just 16 when she answered an advert for stem cell donation – and saved Claire’s life, as both reveal in this inspiring story

Scrolling through her social media account, a post caught 16-year-old Imogen Riddett’s eye — the heart-warming story of a young boy with cancer whose life had been saved by a stem cell donor.

The post invited people to join the Anthony Nolan charity register — which matches donors with recipients — and, Imogen, immediately signed up.

‘The story made me cry and before I knew it I had clicked on the link and registered my details — the whole process took less than five minutes,’ says Imogen, 22, from Windsor, who works as a complaints handler for a financial company. 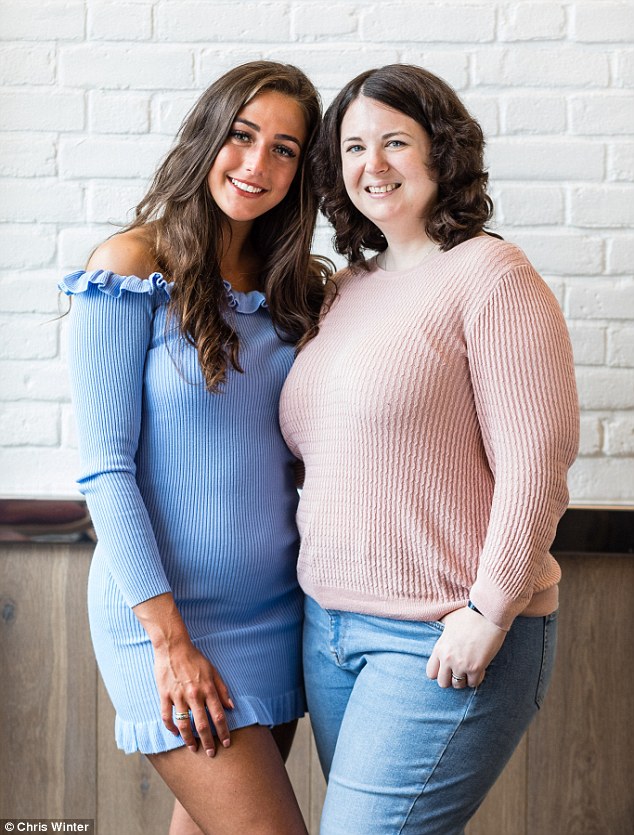 Imogen was then sent a cheek swab kit in the post so her DNA could be put on the register. ‘I did the test, sent it back and then forgot about it,’ she says.

That was in 2012; three years later, when she was 19, the charity contacted her to say she was a potential match for a patient needing a stem cell transplant.

‘They asked if I was still interested in donating,’ says Imogen. ‘I immediately said yes — I mean, if I could help someone beat cancer, then why not?’

Stem cell transplants are used to treat blood cancer — leukaemia, lymphoma or myeloma. There are 38,000 new cases a year in the UK and the standard treatment is chemotherapy and radiotherapy.

But for 2,000 patients a year, the only chance of beating the disease is a stem cell transplant. These cells have the ability to develop into many different types of cells — for a patient with blood cancer, a transplant can provide healthy blood cells to replace their damaged ones, and develop into a new immune system.

About 40 per cent of patients will be in remission for more than three years after the transplant, and many will be cured. 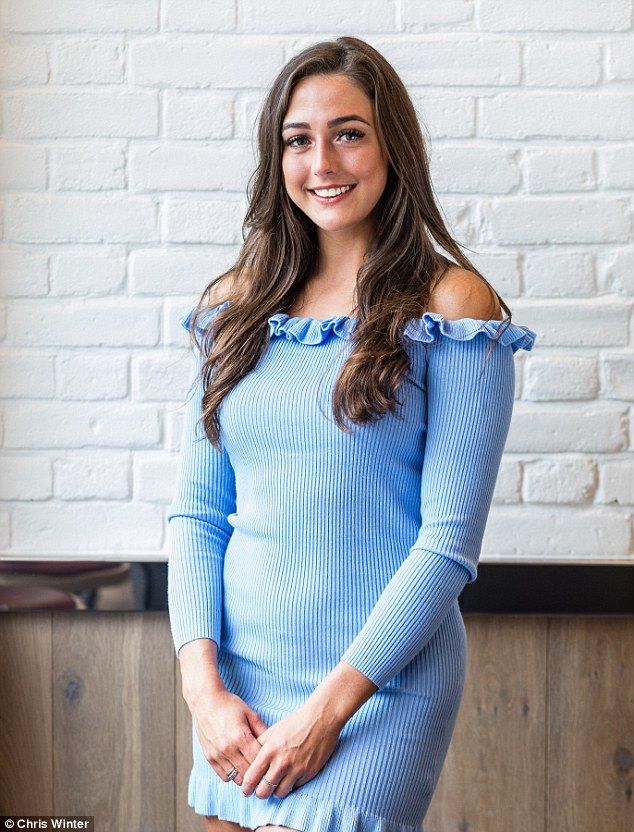 Brave: Imogen donated her stem cells the old-fashioned way — having a needle inserted into both sides of her pelvis to extract the stem cells from her bone marrow

Stem cells are collected either from the donor’s bone marrow or from the donor’s blood, in a process similar to giving blood (but which takes five hours). This is a less demanding procedure, and is used for around 90 per cent of donations.

About 30 per cent of patients needing a transplant will find a suitable donor in their family, but the rest rely on strangers to save their lives — and Anthony Nolan finds a match for around 1,300 people a year from its register of 700,000 potential donors.

Unbeknown to Imogen at the time (the donor and recipient have to remain anonymous to each other for at least two years), she had been matched to Claire Daly, now 33, an environmental scientist, from Coventry, who was diagnosed with leukaemia in September 2015 while on holiday in Florida with her husband Matt, 42, an events manager.

‘A few days after we got to Florida, I was exhausted, had lost my appetite and had stomach pain and cramps,’ says Claire.

‘At hospital in Orlando, my white blood cell count was so high that the doctors said it must be cancer. It was devastating as I’d always been very healthy.’ 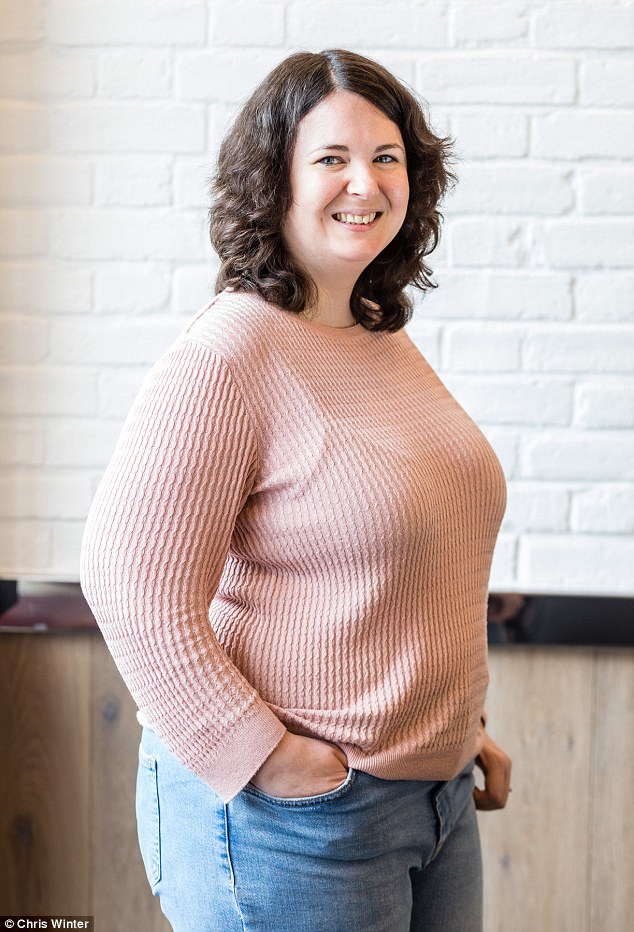 Shock diagnosis: Claire was diagnosed with leukaemia while on holiday in Florida in 2015

She was flown home to the UK, where she was diagnosed with leukaemia and put on chemotherapy for the next six weeks.

‘I was hoping I’d been given the wrong diagnosis in the U.S. and it would all be fine. But it was leukaemia and doctors said afterwards if I hadn’t started treatment immediately, I wouldn’t have made it to the end of the week.’

The first round of chemotherapy was unsuccessful, and Claire was told her only option was a transplant. ‘My sister wasn’t a match so the donor needed to be a stranger,’ she says.

First Claire was given high doses of chemotherapy and radiotherapy to destroy the cancer and her existing bone marrow cells and suppress the immune system to reduce the risk of her body rejecting the transplant.

Imogen donated her stem cells the old-fashioned way — having a needle inserted into both sides of her pelvis to extract the stem cells from her bone marrow, under general anaesthetic — because she is terrified of blood.

She spent two nights in hospital, and needed painkillers and iron tablets for two weeks afterwards. The stem cell transplant itself took just a few hours.

She can’t be given the all-clear until five years after the transplant, i.e. in March 2021, but she is hopeful: ‘The treatment is hopefully a long-term cure,’ she says.

Claire wrote anonymously to her donor to thank her — Imogen also wrote a couple of letters to her, but never sent them.

‘I thought she had enough to deal with having the transplant,’ she says.

Yet, three months ago — two years after the transplant — Imogen received an email through Anthony Nolan to tell her that the transplant had worked and Claire wanted to get in touch.

HOW YOU CAN HELP

To join the stem cell donor register you need to be aged 16 to 30, weigh more than 7st 12Ilbs and be in good health.

Donors are sent a cheek swab test to record their DNA — they remain on the register until they turn 60. The majority donate the same way to giving blood, says Alex Cupit, from the charity Anthony Nolan.

‘A nurse comes to their home or workplace to give an injection of granulocyte colony-stimulating factor once a day, for four days before the donation. This encourages the bone marrow to release stem cells. It can make you feel achy but passes within a week or two.’

The donation is taken at one of the charity’s centres. ‘Blood is taken from the arm, passed through a machine which takes the stem cells and the remaining blood goes back into the other arm,’ says Alex Cupit.

‘Within an hour we were chatting on the phone, it was so surreal, and we were both in tears,’ says Imogen.

The two arranged to meet at a pub in Bicester three weeks later and immediately hit it off.

‘I didn’t know what to expect,’ says Claire. ‘I thought we must have some kind of physical similarities for our DNA to be so similar. When I first saw Imogen I thought, “she is so beautiful, I can’t believe we have the same DNA”. It felt straight away like I had gained a sister.

‘For Imogen to have done that for me at her age was incredible. She is such a selfless person.’

Imogen admits she was nervous about meeting Claire ‘but as soon as we saw each other we just clicked.’ The two remain in touch and met up for the second time last month. The UK is in urgent need of more stem cell donors — just 2 per cent of people are registered, compared to 13 per cent in Cyprus and 12 per cent in Israel.

To register you need to be between 16 and 30 — transplants are more likely to be successful with younger donors. Alex Cupit, from Anthony Nolan, says there is a need for young men, who currently make up just 16 per cent of the register.

‘We also need more people from black, Asian and minority ethnic backgrounds to sign up. Only one in five patients from these backgrounds receive the best match because of a shortage of suitable donors.’

Imogen is proud of the difference she’s been able to make — she knows what it is like to receive a devastating diagnosis: her mother, Helen, 52, has been in remission from breast cancer for 13 years, and her father Chris, 52, needs 24-hour care after a succession of strokes has left him paralysed.

‘Claire did all the fighting, I just was able to offer something that helped. I would do it 185,000 times over. I do feel proud of myself.’ 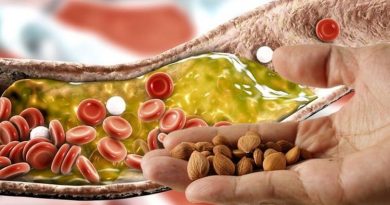 High cholesterol: The ‘bitter’ seeds that cause high levels to ‘progressively decrease’ 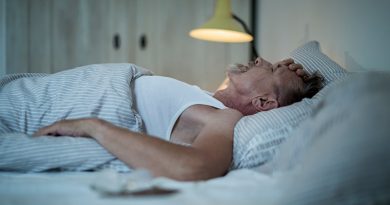 Onset of Frequent Nightmares a Very Early Sign of Parkinson’s? 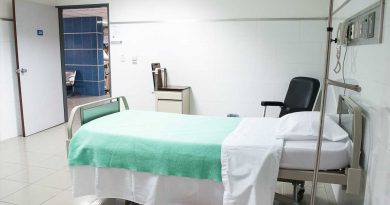