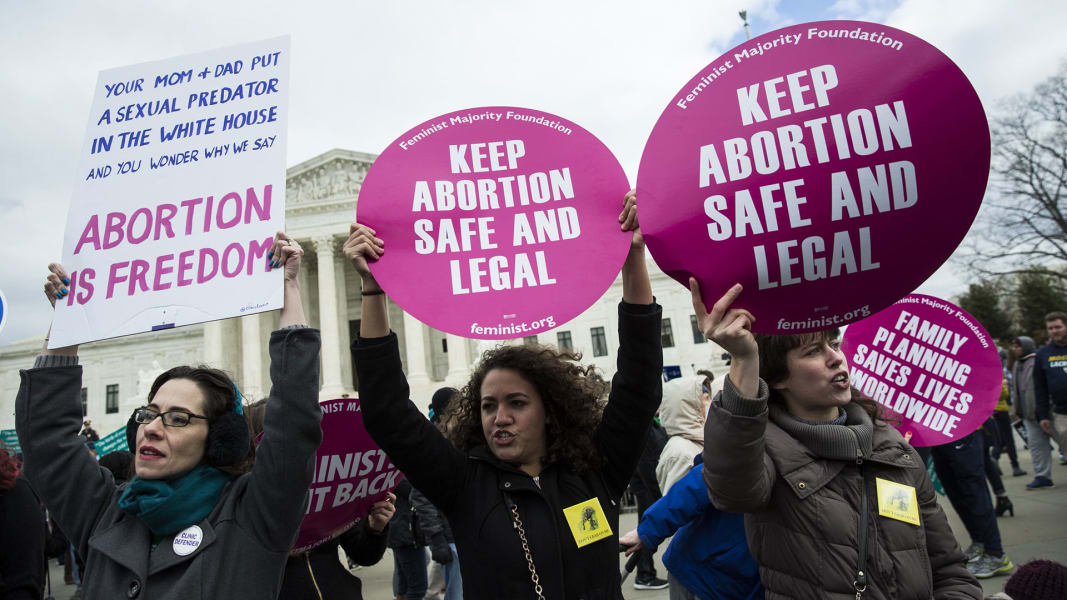 When Justice Anthony M. Kennedy announced that he would retire from the U.S. Supreme Court, you could practically hear the shudder of millions of American uteruses as their owners realized their constitutionally protected right to abortion is now in jeopardy.

Let’s back up a second: How could one guy’s retirement make such a huge impact? Of the nine members of the Supreme Court, Kennedy has occasionally operated as the crucial swing vote — including casting the deciding vote in 2015 ruling in favor of marriage equality as well as upholding a key component of the Affordable Care Act the same year. On the other hand, he also cast the deciding vote in a Supreme Court case that ultimately sent George W. Bush to the White House in 2000 — so he really could go either way, ideologically.

Flash-forward to 2018: Donald Trump is president, which means that he has the ability to nominate the justice to replace Kennedy. Despite the fact that Trump once described himself as "very pro-choice," he seems to have reconsidered his position since running for office and is now staunchly anti-abortion rights. Perhaps more accurately, his die-hard, right-wing base is staunchly anti-abortion rights, meaning his pick would have to appease that faction.

This is not good news for abortion rights — or reproductive health in general. When Kennedy’s replacement is appointed, the balance will likely then shift to votes of 5 – 4 in favor of overturning Roe v. Wade — the landmark 1973 case that made abortion an constitutional right.

How soon could this happen?

According to Justice Emily Jane Goodman, who is retired from the New York State Supreme Court, it’s hard to say when, exactly, the constitutionally guaranteed right to abortion might be revoked, but it’s on the horizon.

There are currently court cases at various stages in different states challenging different abortion rights, Goodman explains. And although the courts can move slowly, one or more of these state-level abortion cases will reach the U.S. Supreme Court.

"When that happens, presumably a new justice will be on the court," she says. "If the court finds itself addressing the right to abortion, then they will use that opportunity to reverse Roe v. Wade."

What happens if Roe v. Wade is overturned?

Because Roe v. Wade guaranteed that there was a constitutional right to abortion on a national level, if the ruling is overturned, the decision will once again fall upon the states. This was the case prior to 1973. And given how active some states have been in recent years to chip away at abortion and other reproductive rights still under the protections of Roe v. Wade, it’s not a stretch to think that these states will make the procedure illegal if given the opportunity Goodman notes.

This means that some states may retain permissive abortion regulations, while others may outlaw it completely, widening existing disparities in access to reproductive health care. If someone required an abortion but lived in a state where it was illegal, they would then have no choice but to travel to a state where it was legal. While this is a possibility for some, for others, it places abortion completely out of reach financially when you factor in having to travel to another state, paying for things like airfare, hotel stays or childcare.

"If you’re a person who can get on a plane and to go another state, that’s one thing, but many of the women who would be making this choice are not going to have those options," Goodman says.

Goodman notes that states passing restrictive abortion laws would also force doctors to make the difficult decision of whether or not to continue to perform abortions and risk prosecution for murder or however abortion is framed in those scenarios. In addition, if we go back to a place where abortion is illegal in parts of the country, those who require the medical procedure may have to resort to so-called "back-alley" abortions, performed outside the safety of sterile medical facilities by unqualified practitioners, potentially causing great harm to the mother.

What can we do?

Vote like your life depends on it. The midterm elections coming up in November give us the opportunity to put pro-women, pro-abortion rights candidates in office. It’s unclear exactly how long the process to put in a new Supreme Court justice will take given that Trump has to select a candidate, who then has to be confirmed by the Senate before the official appointment.

Goodman’s advice is to "vote Democratic around the country for Congress — that’s the key way to stop the confirmation of an anti-choice justice."

If you need a little bit of encouragement, earlier this week, Democratic Socialist Alexandria Ocasio-Cortez ousted the fourth-highest-ranking Democrat in the House of Representatives in the Democratic primary in a section of New York City. If this is any indication of what could happen in November in terms of electing pro-abortion rights candidates, it’s at least a small reason to be hopeful right now. 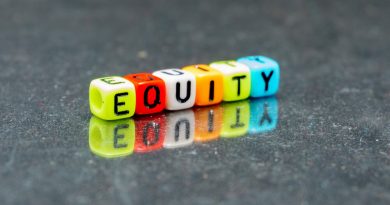 Implementation science should give higher priority to health equity

Heart disease: Foods that ‘should carry a warning’ for salt content – expert