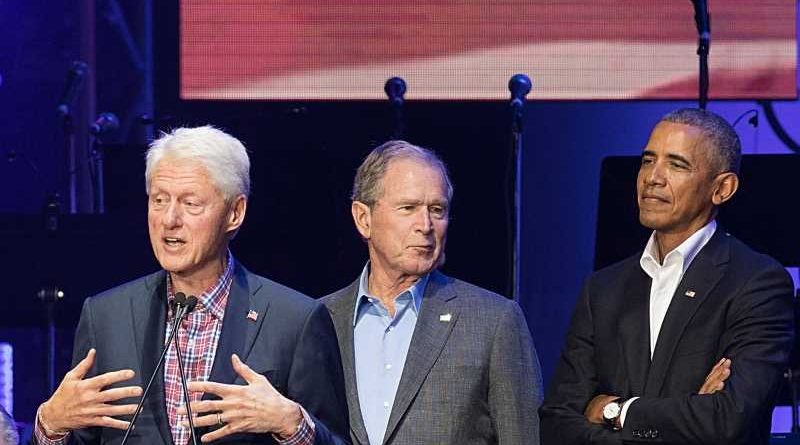 They belong to what is arguably the most exclusive club in the world, which admits only former Presidents of the United States. But what do Barack Obama, George W. Bush, and Bill Clinton have in common other than a shared former address? All three have indicated they would be willing to take Food and Drug Administration-approved, Dr. Anthony Fauci-endorsed COVID-19 vaccines on camera, to promote confidence in its safety and effectiveness.

“A few weeks ago President Bush asked me to let Dr. Fauci and Dr. Birx know that, when the time is right, he wants to do what he can to help encourage his fellow citizens to get vaccinated,” Bush’s Chief-of-Staff Freddie Ford says. “First, the vaccines need to be deemed safe and administered to the priority populations. Then, President Bush will get in line for his, and will gladly do so on camera” (via CNN).

“President [Bill] Clinton will definitely take a vaccine as soon as available to him, based on the priorities determined by public health officials. And he will do it in a public setting if it will help urge all Americans to do the same,” Clinton Press Secretary Angel Urena also tells CNN.

Obama: If Anthony Fauci tells me its safe, absolutely I'm going to take it

Like his predecessors, Barack Obama has put his faith in pandemic expert in Dr. Anthony Fauci, saying, “People like Anthony Fauci, who I know, and I’ve worked with, I trust completely. So, if Anthony Fauci tells me this vaccine is safe and can vaccinate, you know, immunize you from getting COVID, absolutely, I’m going to take it … I promise you that when it’s been made for people who are less at risk, I will be taking it,” Obama tells SirusXM. “I may end up taking it on TV or having it filmed, just so that people know that I trust this science, and what I don’t trust is getting COVID” (via YouTube).

Obama’s participation is particularly critical, because experts are worried that minorities might be adverse to getting their shot. “I understand, you know, historically — everything dating back all the way to the Tuskegee experiments and so forth — why the African American community, would have some skepticism. But the fact of the matter is, is that vaccines are why we don’t have polio anymore, the reason why we don’t have a whole bunch of kids dying from measles and smallpox and diseases that used to decimate entire populations and communities,” Obama says.

Obama also pointed out that the country’s minority communities were the most exposed and the most vulnerable to the disease, which is why taking a vaccine that is proven to be both safe and effective was critical.

Social media was divided over the idea of public presidential approval

The word of the former presidents got social media chattering about the impact of presidential endorsements on a COVID-19 vaccination program. One social media user tweeted, “It’s amazing to see former Presidents step up and take the true mantels of leadership which our current president lacks. Look at them work together despite their political differences.” Another sent her thanks to the former leaders, saying, “THANK YOU to @BarackObama @TheBushCenter and @BillClinton A trio of Patriots and real Presidents.”

Social media wouldn’t be what it is without its conspiracy theorists, and one came out to say, “right…I’m sure they’ll be making a special batch of “saline-only” vaccines for stunts like this.The global elites will have a good laugh at the commoners lined-up to get their special edition Great Reset jabs! Nothing like an experimental RNA vaccine to get the sheep excited!”

But as one user pointed out, “This is a risk-benefit issue. We are in a high risk (older) group and risk of getting really sick or dying from Covid appears to be much higher than the risk of the vaccine. This is not the flu. I’m getting the shot. We all need to. This pandemic has to end.” 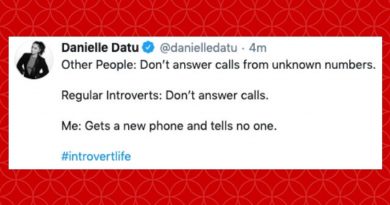 An Introvert’s Life, Captured In 15 Tweets 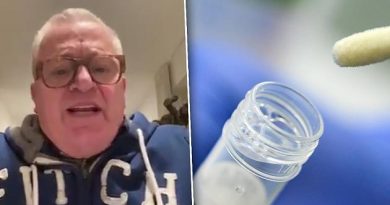