Arthritis sufferers treated with upadacitinib had a significantly greater reduction in their symptoms and disease activity than people treated with a standard disease-modifying antirheumatic drug (DMARD), said co-researcher Dr. Aileen Pangan. She is executive medical director of immunology clinical development for the pharmaceutical company AbbVie in North Chicago, Ill.

The drug, marketed under the brand name Rinvoq, also helped twice as many patients enter remission from their rheumatoid arthritis, according to a report in the Oct. 15 issue of the New England Journal of Medicine.

“Upadacitinib has shown superiority to one of the current standard-of-care treatment options in the clinic for these difficult-to-treat patients,” Pangan said. “It is important for physicians to have multiple treatment options available, including medications with different mechanisms of action, to help provide patients with the treatment that is right for them.”

This 24-week clinical trial aimed to assess Rinvoq’s effectiveness in helping rheumatoid arthritis patients for whom DMARD treatment had failed.

More than 600 patients were recruited for the trial. All were suffering swollen or tender joints even though they were being treated with at least one biologic DMARD, or they had unacceptable side effects from a DMARD.

DMARDs act upon the immune system in different ways to reduce joint inflammation.

“Janus kinase enzymes play a critical role in the body by transmitting messages from the outside to the inside of cells,” she said. “In the immune system, a malfunction can lead to the generation of autoimmune inflammatory diseases. In the immune cells of patients with rheumatoid arthritis, JAK enzymes transmit signals that lead to the inappropriate activation of the immune system to attack and cause inflammation in the joints.”

About 30% of patients treated with Rinvoq went into remission, compared with about 13% of the Orencia patients, the researchers reported.

The results are strong enough to “help push JAK inhibitors to the forefront of treatment for rheumatoid arthritis,” according to an editorial by two University of Oslo rheumatologists, which accompanied the clinical trial results.

However, the editorial added that “in order to compete in the crowded field of targeted treatments for rheumatoid arthritis, JAK inhibitors not only have to prove that they are efficacious and safe — they also need to be less expensive than or clinically superior to biologic DMARDs.”

Based on this and other trials, editorialists Dr. Guro Goll and Dr. Tore Kvien noted that there appears to be a risk of blood clots in people taking JAK inhibitors.

One person on Rinvoq suffered a nonfatal stroke in this trial, and there also was one case each of deep-vein thrombosis and pulmonary embolism in those taking the drug, the results showed. One patient in the Rinvoq group died from cardiac arrest suffered while in the hospital with pneumonia.

“Our understanding of JAK inhibitors, particularly regarding the risk of thromboembolic events, is evolving,” Goll and Kvien added. “A 24-week trial may be too short to detect meaningful long-term efficacy and safety.”

The new drug isn’t cheap, either, costing around $60,000 a year, according to the website pharmaphorum.

The evolution of brain tumors 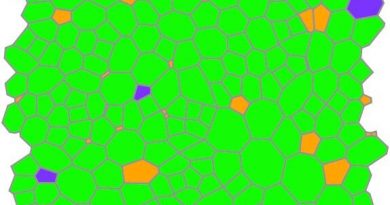 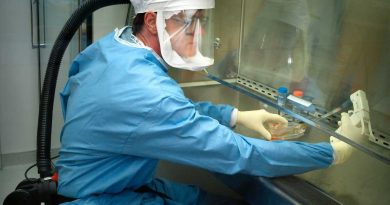