A new tool gauges the degree of chronic inflammation in a person’s body to determine their “immunological age;” this number hints at when and whether that person will become frail or develop heart disease later in life, scientists report.

The tool, called iAge, uses a type of artificial intelligence (AI) called a deep neural network to analyze blood-borne markers of inflammation, according to the new study, published Monday (July 12) in the journal Nature Aging. These markers include proteins called cytokines, which deliver messages between immune cells and to other cells in the body. Using blood samples from 1,001 people, ages 8 to 96, the team uncovered patterns between these circulating inflammatory markers and various age-related conditions.

Among the 50 cytokines they assessed, the team flagged a handful that seemed to hold the strongest influence over a person’s iAge score; in particular, a cytokine called CXCL9 stood out as the most significant contributor. The substance usually rallies immune cells to the site of an infection, but among the study participants, CXCL9 levels began to rapidly climb around age 60, on average. In follow-up experiments with cells in lab dishes, the team linked this age-related cytokine spike to functional problems in endothelial cells, the main components of blood vessel walls.

But they found that, at least in lab dishes, “if you knock down the genes [for] CXCL9, you can recover those functions,” helping the cells to contract and build vascular networks as normal, said senior study author David Furman, director of the Stanford 1000 Immunomes Project and chief of the Center for AI and Data Science of Aging at the Buck Institute for Research on Aging. This hints that, in the future, medical treatments could be developed to stop age-related increases in CXCL9, the authors suggested in their report.

That said, until scientists better understand the underlying triggers that drive age-related inflammation, it will be difficult to develop drugs that target inflammation without messing with the immune system at large, experts told Live Science.

Connecting the dots between inflammation and aging

The new study stems from the Stanford 1000 Immunomes Project (1KIP), an effort to understand how signatures of chronic inflammation change as people age. Scientists collected blood samples from people of different ages between 2009 and 2016, then ran those samples through a bunch of tests, assessing cytokine levels, gene activation and immune responses in the collected cells.

With these measures, the team hoped to pinpoint which parts of the immune system contribute to the persistent, low-grade inflammation that emerges as we age, Furman said. This chronic inflammation has been tied to various diseases, from cancer to Alzheimer’s, and linked to signs of aging, including increased cellular senescence, where cells stop functioning and proliferating and instead sound an alarm bell for immune cells.

Although these links between inflammatory markers and aging are not new, “the problem in the field has been that ‘inflammation’ is too [much] of a generic term, and we cannot truly curtail inflammation without severe consequences on health,” said Dr. Luigi Ferrucci, the scientific director of the National Institutes of Health’s National Institute on Aging, who was not involved in the study. The new study takes a “step forward” by using AI to sift through the mountains of data gathered from 1KIP participants, thereby identifying specific cytokines that may play key roles in aging, Ferrucci told Live Science in an email.

“I would disagree that this is a measure of immunological aging,” since iAge can’t predict how well someone’s immune system will respond to vaccination or infection, for instance, Ferrucci added. But the tool could still be useful as an index to track biological aging as it relates to inflammation, he said.

Once the deep neural network generated an iAge for each participant, the team wanted to see how accurately the metric reflected people’s health statuses. At baseline, the group found that, in participants who were age 60 and older, higher iAges correlated with a higher risk of people having two or more chronic conditions at one time. (The odds of being diagnosed with at least two chronic conditions increases significantly with age, affecting an estimated 95% of the primary care of people ages 65 years and older, according to a 2016 report in the Journal of Multimorbidity and Comorbidity.)

The team also revisited about 30 participants ages 65 and older whose blood had been drawn in 2010; in 2017, the researchers asked these same participants to complete a questionnaire about their ability to live independently, asking whether they need assistance dressing or moving about their home, for instance. They also measured how quickly the participants could stand up from a chair and walk across a room.

This helped the researchers measure frailty, a state marked by fatigue, slow gait, poor balance, weakness and muscle loss that often emerges in old age. In the end, individuals’ iAge scores predicted how frail they were seven years after their 2010 blood sample collection, and did so more accurately than their chronological ages alone.

“One of the things I think is most exciting about iAge and other aging clocks is their predictive capabilities,” said Emily Goldberg, an assistant professor who studies age-related inflammation at the University of California, San Francisco, who was not involved in the study. The predictive power of iAge still needs to be verified in large, diverse groups of people, “but this holds the potential to forecast health outcomes in time for people to modify their behaviors to prevent chronic age-related diseases,” Goldberg told Live Science in an email.

After the frailty test, the team wanted to zoom in on individuals who aged exceptionally well, surviving past age 100. They examined blood from a group of 37 individuals in Italy, 18 of whom were centenarians at the time of blood sampling. The researchers compared these centenarians — plus one 99-year-old — to 18 people ages 50 to 79 years old, and assessed how their iAges matched up to their chronological ages. Nearly 70% of the older group had a below-average iAge compared to their true age, while only about 23% of the younger group had the same.

This hinted that, while high iAge scores predict frailty and chronic disease, low scores may be predictive of healthy aging, the authors reported. Although, given that about 30% of the centenarians didn’t have unusually low iAges, inflammation likely isn’t the only factor at play.

To start to get at why the immune scores seem to predict age-related decline, the team began analyzing how individual cytokines contribute to the overall score; again, they found that CXCL9 stood out as a key iAge-booster. The same cytokine has been linked to cardiovascular aging in the past, so the researchers set out to understand more.

They first recruited about 100 healthy adults, ages 25 to 90 years old, and assessed both their CXCL9 levels and cardiovascular health. As in their main study cohort, CXCL9 levels appeared to be the main driver of age-related inflammation in this smaller group, and in particular, the cytokine was linked to signs of cardiovascular deterioration, such as thickening of the left ventricle walls and arterial stiffness, which can raise the risk of heart attacks.

At this point, the researchers headed to the lab to see how elevated CXCL9 levels might trigger these effects. The team found that the cytokine switches on inflammation-related genes in the endothelial cells that line blood vessels, while switching off genes involved in cell division. “That is a signature for cell senescence,” Furman said. While pushing the cells into senescence, the cytokine also made the cells less able to contract, dilate or construct microvascular channels. Conversely, inhibiting production of CXCL9 allowed the cells to function normally again.

—5 reasons not to fear getting older

In theory, this hints at an avenue for treatments against CXCL9-related inflammation, although the triggers that send CXCL9 skyrocketing remain a mystery, Furman said. In regards to finding treatments for age-related inflammation, in general, “this is a beginning, not an end,” Ferrucci told Live Science. Deducing the exact causes of inflammation is important because scientists can then carefully target those specific systems, while leaving the rest of the immune system intact, he said.

Though AI identified which cytokines may be important to age-related inflammation, it provided no information about why specific cytokines were tied to aging, said Alan Cohen, an assistant professor at the University of Sherbrooke in Quebec, who was not involved in the study. Because the immune system acts as a multi-tiered network, where a single cytokine can trigger an elaborate cascade of events, understanding what network-wide changes lead to chronic inflammation will take a lot more work, he said. But that’s the only way to identify solutions that keep age-related inflammation in check, while allowing helpful immune functions to continue, he added.

For instance, “many of these inflammatory cytokines are also essential components of host defense mechanisms to protect against infection,” Goldberg noted. “Targeting these factors will therefore [require] very thorough validation and careful planning.”

“We’re playing with fire … because a lot of these molecules might be helping in some cases, hurting in others,” Cohen said. “We should be quite cautious in moving towards therapeutics until we understand the networks better.”

Nicoletta Lanese is a staff writer for Live Science covering health and medicine, along with an assortment of biology, animal, environment and climate stories. She holds degrees in neuroscience and dance from the University of Florida and a graduate certificate in science communication from the University of California, Santa Cruz. Follow Nicoletta on Twitter @NicolettaML. 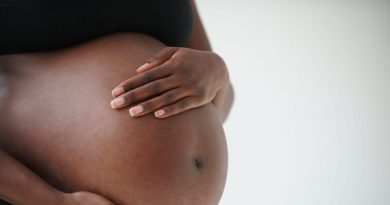 Black women face a high risk of deadly pregnancy complications. Here’s how to talk to your doctor about it.