The sometimes-complex relationship women have with body image has been well documented, but a recent campaign from UK men’s health platform, Manual, revealed a disturbing development: body-shame has spread to men.

I imagine I speak for most women who have been writing about, and fighting for, gender equality when I say that this is not the change we had in mind. 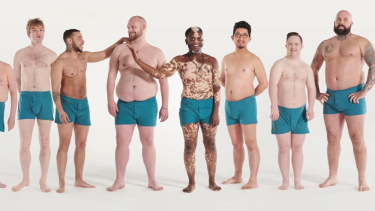 Makings says he suffered from depression due to having a body that was bigger than what is deemed acceptable. “The imagery that we see in the media of what men should look like is massively damaging,” he says.

Psychologist and director of spcialist eating disorders clinic BodyMatters Australasia, Sarah McMahon, says that body shame among men is a growing problem in Australia, with an increasing number of men suffering from disorders including binge eating as a result.

“Binge eating is associated with body shame and is often triggered or exacerbated by the engagement of unhealthy weight loss practices,” says McMahon.

For years, binge eating has been misunderstood as a perverse behaviour of women who lack willpower and self-respect. Rather than binge eaters being given understanding and support, they are often judged for their "gluttony".

Over-exercising, the extreme pursuit of muscle growth, and steroid abuse are also on the rise with Australian men. So too are other eating disorders. One in four sufferers of Anorexia Nervosa and Bulimia Nervosa are male.

“We are also seeing more men presenting with body dysmorphia, where they experience a perception that their body is inherently flawed,” says McMahon.

Most often they feel they are not ‘big enough', however we also see men who are concerned about having a ‘dad bod’ or ‘man boobs’.

“Most often they feel they are not ‘big enough', however we also see men who are concerned about having a ‘dad bod’ or ‘man boobs’.”

McMahon says that we have a tendency to turn men’s body image concerns into a joke.

Terms like “dad bod” are not taken seriously. However, the message is that these characteristics are defective and undesirable, resulting in increased body anxiety for people who possess them.

Men’s body shame and anxiety can be exacerbated by silence.

“One of the biggest differences between body image concerns in men and women is the fact that men generally don’t discuss it,” McMahon says.

“For decades, ‘fat talk' and ‘diet talk' have dominated female dialogue. This has not been the case for males, resulting in increased stigmatisation and misunderstanding about the manifestation of body image concerns in males.”

From that perspective the Man of Manual campaign is progress. Encouraging men to talk about their mental health concerns can only be a good thing, and the courage of men to show their “imperfect” naked bodies for this important cause should be applauded.

However, get-your-kit-off campaigns like those that Dove specialises in have, by any measure other than the commercial bottom lines, failed spectacularly.

Women have been stripping off and talking about body image and the tyranny of unrealistic beauty standards for decades but yet body hatred and associated mental health problems continue to grow.

Over-exercising, extreme pursuit of muscle growth and steroid abuse are on the rise in Australia and one in four Anorexia sufferers is male.

To date we have no artillery that comes remotely close to fighting the war on our bodies waged by the beauty, diet, and cosmetic surgery industries – and more recently the fitness industry.

Feel good campaigns focused on the individual are no match against an industrial complex that profits on our insecurity and self-loathing.

And just as Naomi Wolf predicted almost 30 years ago in her now-classic The Beauty Myth, these industries have realised the commercial potential of systematically dismantling men’s self-worth the way they have succeeded in doing to women for decades.

For women who write about the importance of rejecting imposed appearance standards on women, our goal was to help liberate our gender from the oppression of unrealistic beauty standards — not have men suffer as much as us. It is an unwelcome, if unsurprising, development. 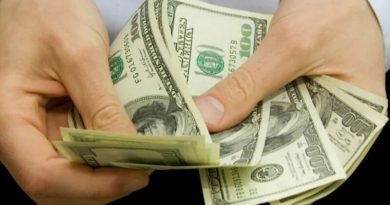 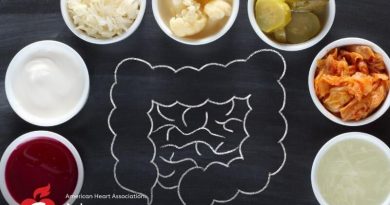 As fermented foods rise in popularity, here’s what experts say