It’s one of the hardest jobs in sport that every armchair fan thinks they can do better.

But QUT research has revealed the reasons how and why referees make decisions that can regularly enrage and frequently frustrate supporters.

Football referee and QUT researcher Scotty Russell (feature image above) has investigated why referees make the calls they do and what they want to achieve from the matches they officiate.

“Referees carry the heart of the game with their decisions,” Mr Russell, who is completing his PhD at QUT, said.

“Their decisions constantly shape the way players move, behave and interact with each other and what we as spectators and fans understand to be right, wrong, fair and safe.”

As football finals across codes across Australia are finishing, the research findings have been published in Qualitative Research in Sport, Exercise and Health.

In contrast to popular beliefs referees are sticklers or can “wreak” the game, Mr Russell said they tried to make the game “as great as it can be” for spectators, coaches and players.

“Referees often let minor infringements go if it means upholding one of the pillars, such as keeping the game flowing for an entertaining match.

“How the players end up interacting with each other during the match is conditional on how successfully the referee is able to instil faith in the players that they will be protected.

“This faith is quite often achieved in the first 10-15 minutes.”

Professional A-League and Brisbane league referees aged 23-35 years were interviewed as part of the research.

“Interestingly, a lot of referees said a key goal was to keep players on the park because they believed that’s what spectators want to see,” Mr Russell said.

“But in some incidents there is no room for bad behaviour, like when a player punches an opponent in the head, it just has to be the red card. No one wants to see that and so the referee must act.”

The research was supported by Football Brisbane, Football Queensland and Football Federation Australia.

Queensland’s top football coach for referees Ted Kearney said the original reason a match official was on the field was to ensure a level playing field in all sport, not just football.

“Anyone can blow a whistle. The difference between a good and a great match official is what happens after the whistle,” Mr Kearney said.

“Our role remains constant because of the importance society places on winning at all costs.

“We do what we do because we love the game just as much as any player, coach or spectator and considering the abuse that comes with this commitment, it should be patently obvious that we certainly do not do it for the money.” 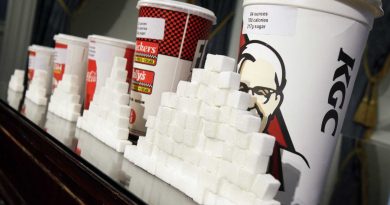 Nearly 1 in 5 US kids are obese, according to latest data 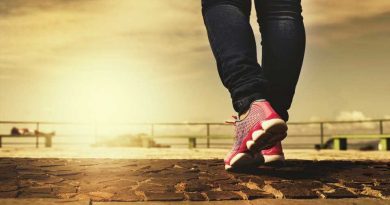