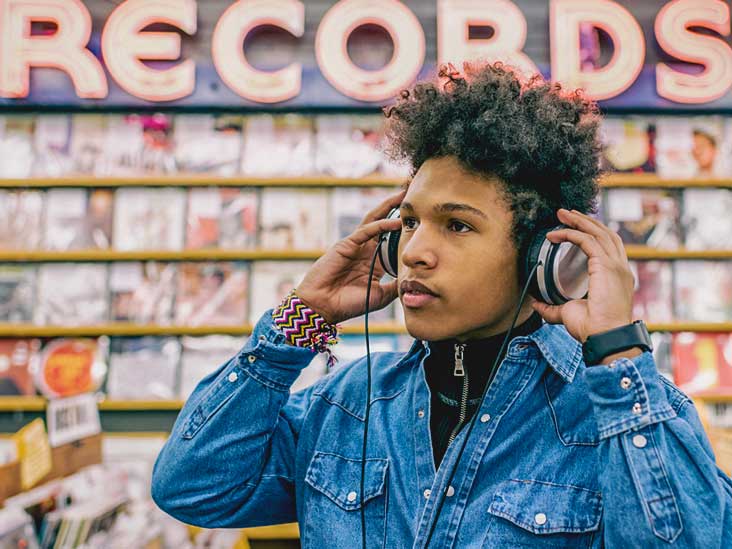 Frequent use of headphones may be responsible for increased reports of hearing loss in young children — even when used at lower volumes. 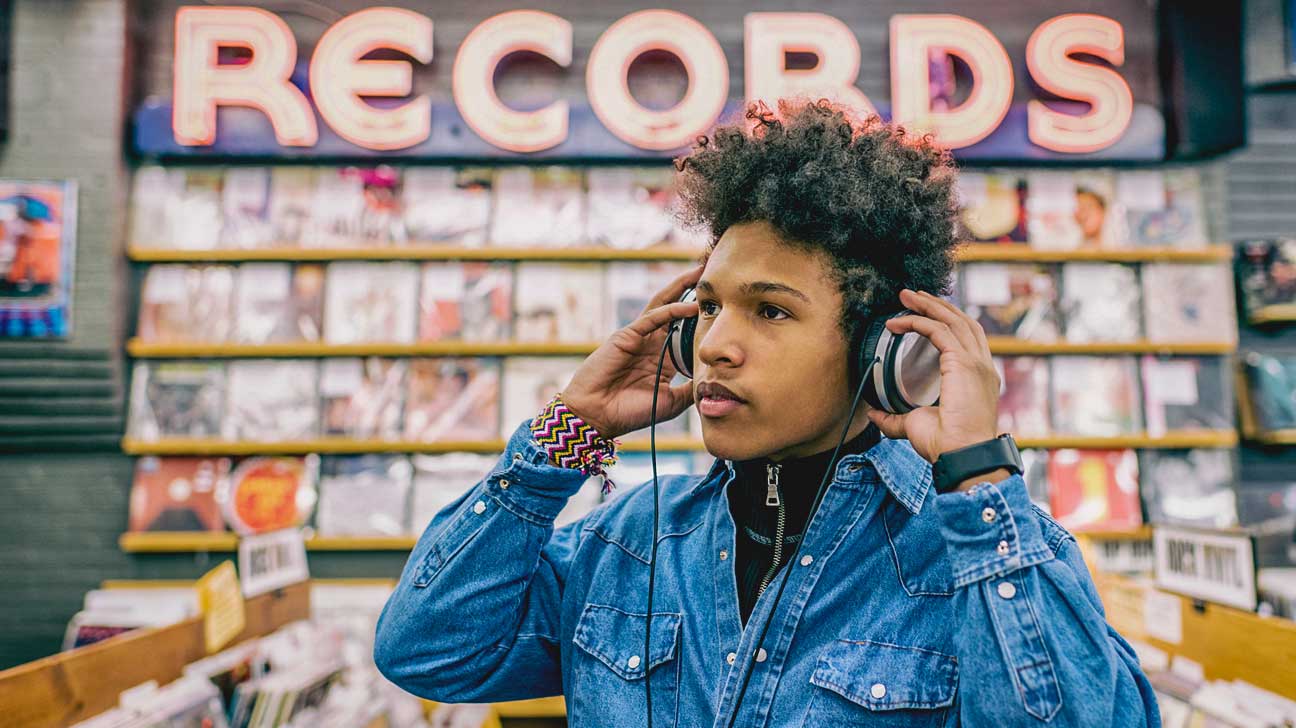 The freedom to slip on a pair of headphones and listen to music anywhere at any volume, privately, is something people have enjoyed since the introduction of the Walkman in 1979.

Today, smartphones give us the opportunity to listen to much more than our favorite songs through a pair of earbuds. From Podcasts and streaming movies to video games and phone calls, there are a number of reasons more people are wearing headphones for longer periods of time each day.

But all that time we spend pumping sound directly into our ears is damaging our hearing — especially children who often set the volume too high for too long while wearing headphones.

Research confirms that prolonged exposure to loud sounds will lead to hearing loss.

According to a 2011–2012 study from the Centers for Disease Control and Prevention (CDC) that used both hearing tests and interviews, as many as 40 million adults in the United States younger than 70 have lost some hearing in one or both ears from prolonged exposure to loud noise.

A more recent study focused on the specific link between headphone use and hearing loss in children. It examined 3,116 young people between 9 and 11 years old — the largest study of its kind to examine a sample of children within that age range.

Researchers noted that these children were also too young to have experienced hearing damage from other sources of high-decibel noise, like loud concerts or sporting events.

However, they also noted additional studies are needed to confirm their findings.

NIHL is sometimes called partial deafness. It happens when hairs in the inner ear (cochlea) are damaged by loud noise. When this occurs, higher-frequency sounds — like crickets chirping — may no longer be heard well or at all by the affected ear. Often, this type of hearing loss is also permanent.

Tinnitus (ringing in the ears), also commonly occurs after prolonged exposure to loud noise, and can be permanent as well.

Jackie Clark, PhD, clinical professor at the University of Texas at Dallas and president of the American Academy of Audiology, warns that parents should monitor more than the volume of noise coming through their child’s headphones.

“Auditory fatigue, from listening through earbuds for many hours, even at a comfortable volume, can also cause tinnitus,” Clark says. She thinks that this may be the result of simply not letting the ears rest in true quiet for long enough periods of time. Though, she points out, there are a number of reasons why a person can develop tinnitus.

Clark notes that three out of every thousand babies in the United States are born with some hearing loss. She encourages parents to begin screening tests soon after birth and continue routinely throughout childhood.

How loud is too loud?

The National Institute on Deafness and Other Communication Disorders (NIDCD) reports that 85 decibels is the level at which hearing can be damaged, and people are exposed to a range of sounds at different levels every day.

A normal conversation is measured at about 60 decibels, well within levels considered safe for your hearing.

However, a concrete mixer pouring cement outside your office window chugs away at about 85 decibels. That’s loud enough to begin affecting your hearing after just eight hours.

Commuting city-dwellers should also keep in mind that the 90 decibels they’re exposed to daily on a subway can also deteriorate their hearing, according to Johns Hopkins Medicine.

Both a plane taking off and a nearby thunder clap clock in at about 120 decibels, which can cause immediate damage to hearing.

The louder the sound, the less time it may take for hearing loss to occur.

The Oregon-based public health partnership Dangerous Decibels, reports that a portable music player with stock headphones at maximum volume can reach over 100 decibels and cause permanent damage after only 15 minutes.

The World Health Organization (WHO) reports that regularly being exposed to loud noise can cause health issues besides hearing loss, such as:

According to Clark, other health impacts can include “an inability to concentrate, difficulty sleeping, headaches, and even premature births.”

“There is growing evidence for an association between prolonged exposure to loud noise and increased hyperactivity symptoms,” she says.

Symptoms of hearing loss in children

The CDC reports that hearing loss can seriously impact a child’s ability to develop speech, language, and social skills. Also, the signs and symptoms of hearing loss can be different for each child.

Some symptoms of hearing loss in children include turning the TV volume up very high, not following directions, giving the impression that they’re ignoring you, and frequently saying “Huh?”

The Children’s Hospital of Philadelphia (CHOP) explains that tinnitus may be hard for younger children to explain. They may describe the ringing in their ears as something more fanciful, like a buzzing bee, train whistle, or blowing wind. They could also become especially irritable or upset when in a loud setting, like a noisy restaurant, or a birthday party, which can worsen the condition.

According to Dr. John Bent, director of pediatric otolaryngology-head and neck surgery, Children’s Hospital at Montefiore (CHAM), “There is no reliable treatment for tinnitus. It is a symptom of a damaged ear. Although it may improve if the loud noise exposure is stopped.”

Bent also cautions that untreated hearing loss can have serious consequences. “Secondary effects of hearing loss are extensive, and include speech and language difficulties, cognitive decline, social dysfunction, and underachievement,” he says.

CHOP reports that roughly 17 percent of teenagers show some signs of hearing loss.

The causes can include listening to music players at high volume, loud concerts, or sporting events, as well as noise exposure from activities like using grass mowers (90 decibels), power tools (100 decibels), or farm machinery (up to 120 decibels).

“By using noise-reduction earphones or headsets, young people may be more inclined to voluntarily reduce the volume of the music being played,” she says. She believes this is because noise-reducing headphones reduce ambient noise, making it easier to hear music better at a lower volume.

The University of Rochester Medical Center also recommends parents remain aware of the noises in their regular environment, learn which ones can damage hearing, and minimize their child’s exposure as much as possible.

Bent says, “As a rule of thumb, if others can hear a child’s music when he/she is wearing headphones or earbuds, the music is too loud.” He emphasizes that parents should also lead by example, and “Practice what they preach.”

Mitchell points out that children’s toys can a pose a risk too. “Buy quiet toys or toys that have a volume control and set it to the lowest volume,” she advises.

Clark says it’s also a good idea to “avoid entering into noisy situations where you have to yell to carry on a conversation.” She cautions that, “If you or your children need to be in such a loud environment, have them wear earplugs or buy them noise-reducing headphones.”

While parents may not be able to control every sound their child hears, they can take preventative steps to minimize potential risks.

Talk with your child about the dangers loud sounds can pose to their hearing so they can make smart choices the next time they decide to turn the music up. 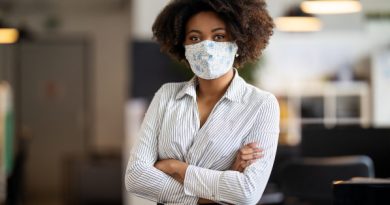 Will we be wearing masks forever? The experts weigh in 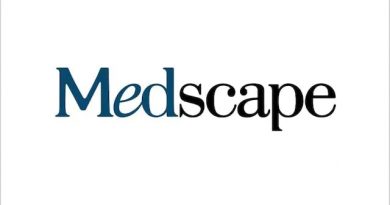 Trastuzumab Deruxtecan Use in Trials Likely Guided by Inaccurate Assays 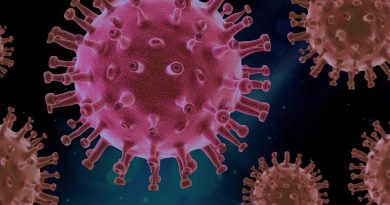