Exercise addiction can develop alongside eating disorders such as anorexia and bulimia – and it can be deadly.

Pushing a body that may already be malnourished and underweight can put an incredible strain on the heart, and gyms don’t seem to be fully equipped to deal with this problem.

If you see someone in your gym or fitness class who looks worryingly thin – what can you really do about it?

Public intervention in these cases can be difficult, and could even make the situation worse. Also, who’s to know what’s actually going on in any individual case? It’s impossible to tell if a person has a mental illness and needs help just by looking at them.

And would it ever feel appropriate to approach someone in the gym who appears to be overweight, with concerns about their health? Exactly.

Hope developed anorexia when she was just 13 and a fixation on exercise was part of her illness.

‘I had to do it at all hours, and at my worst, I would be running on the spot in my room into the early hours of the morning,’ Hope tells Metro.co.uk.

‘When you have an eating disorder so much of exercise is wrapped up in punishment.

‘You have a bad day, so you go and work out more and the endorphins make you feel better – but you get obsessed with that feeling. You panic that if you aren’t doing as much then your weight will increase.’

Hope thinks that gyms can be incredibly dangerous places for people with eating disorders and says that better strategies need to be put in place to help members who are struggling.

‘Gyms need a policy – but an open one,’ says Hope.

‘When I was unwell, my gym just used to call my mum and tell her – which only annoyed me and made me lie even more.

‘With PTs, it is about them having education, getting them to ask the right questions, working out whether their clients are obsessed or exercising for the right reasons.

‘Also periods – trainers should be able to ask these questions around periods. When I was over-exercising, mine stopped, and this happens to others too.’

If you break your leg falling off a treadmill or pull your back trying to squat with a heavy weight, gyms have a policy. They know how to treat your injury, refer you to the necessary medical care and help you ease back into fitness as you recover.

Why isn’t mental illness treated in the same way? Surely duty of care for patrons should include any detrimental effects that can be caused by using the gym – physical or mental. Particularly when the two are so intricately linked, as with eating disorders.

‘While young girls and women aged 12-25 are most at risk, eating disorders can affect anyone at any age,’ explains Tom Quinn from Beat Eating Disorders.

‘Boys and young men are more likely to use exercise rather than extreme dieting to control their body shape and size. Gyms should be aware of these behaviours and realise that it isn’t just about being underweight.

Tom says that people with bulimia nervosa can also be over-exercising, and they are most likely to be at normal weight.

‘We would like to see gyms and health clubs becoming more aware of eating disorders and put in place policies and safe working practices that would reduce the known risks,’ adds Tom.

‘Policies could look at enrolment or membership systems and the types of health-related information collected; staff training; and ensuring confidential access to information and support for their clients and customers if necessary.’

Exercise addiction is more common than you might think. Endorphins produced when you exercise strenuously affect the body in the same way as opioids, a bit like heroin. The resulting ‘buzz’ can become addictive.

You might think that going to the gym all the time isn’t exactly a problem, but it can be incredibly dangerous.

Excessive exercise is hugely stressful on the body and can impair the immune system, lead to increased risk of infection, premature ageing, and injury. Couple that with a pre-existing eating disorder and things quickly become even more serious. 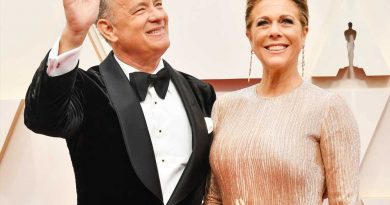 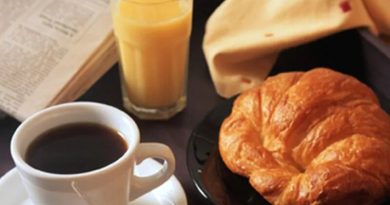 The latest on caffeine limits