A smartphone application (app) can help in screening for atrial fibrillation, according to late breaking results from the DIGITAL-AF study presented today at ESC Congress.

Professor Pieter Vandervoort, principal investigator, of the University of Hasselt, Belgium, said: “Most people have a smartphone with a camera which is all they need to detect atrial fibrillation. This is a low cost way to screen thousands of people for a condition which is becoming more prevalent and can have serious consequences unless treated.”

Atrial fibrillation is the most common heart rhythm disorder. One in four middle-aged adults in Europe and the US will develop atrial fibrillation. 2 It causes 20-30% of all strokes and raises the risk of premature death, but outlook improves dramatically with oral anticoagulation therapy. Undiagnosed atrial fibrillation is common and many patients remain untreated. Opportunistic screening is recommended in over-65s, but has time, logistical, and resource demands.

DIGITAL-AF examined the feasibility and effectiveness of screening for atrial fibrillation with a smartphone app medically certified in the EU to detect the condition. The app was made freely available by publishing an access token in a local newspaper. Within 48 hours, 12,328 adults had scanned the token and enrolled in the study.

Participants were instructed to use their own smartphone to measure their heart rhythm twice a day for one week. If they had symptoms such as heart palpitations, shortness of breath or fatigue they were advised to input them into the app. The app is used by holding the left index finger in front of the smartphone camera for one minute, during which photoplethysmography measures the heart rhythm.

All participants received an automatically generated report on their smarphone with a copy of their rhythm traces and an interpretation. Those with atrial fibrillation or other irregular rhythms were advised to see their doctor. Four months later, all participants who had at least one measurement showing atrial fibrillation received a follow-up questionnaire by e-mail about actions they had taken as a result of the screening programme.

The average age of the atrial fibrillation group was 63 years, and seven in ten were men. Three-quarters had no symptoms. Regarding the type of atrial fibrillation, in 38 patients (28%) it was “persistent or permanent” and detected on the first measurement, and in 98 (72%) it was “paroxysmal,” of which 13 cases were detected on the first measurement.

The questionnaire was completed by 100 out of 136 atrial fibrillation patients. It showed that 40 patients had a new diagnosis, of which 21 (53%) consulted a doctor for confirmation. Sixty patients had been previously diagnosed, of whom 17 (28%) had their treatment adjusted after seeing a doctor.

Professor Vandervoort said: “The verification of diagnoses by medical technicians showed that interpretations by the app were very accurate, suggesting that this step could be significantly downsized and possibly omitted from a screening programme. According to our study approximately 225 people would need to be screened to detect one new atrial fibrillation diagnosis. This is an acceptable return, given the low cost.”

Professor Vandervoort noted that smartphones are becoming popular in older age groups, which are more susceptible to atrial fibrillation. He said: “This technology has real potential to find people with previously unknown atrial fibrillation so they can be treated.” 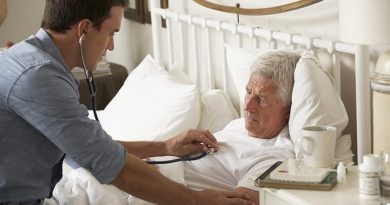 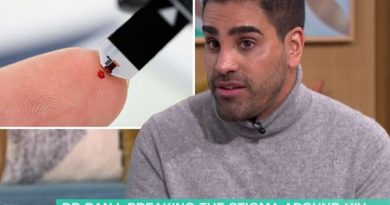 HIV test: Dr Ranj demonstrates how to test for HIV ‘on the spot’ 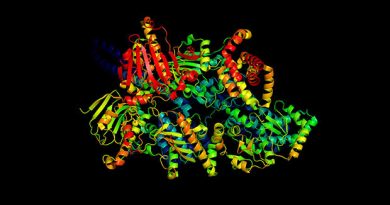 What could DeepMind ‘solving’ the protein folding problem mean for cancer research?