However, experts believe hand sanitizers are still effective for general use.

As reported by CNN, a new study conducted in Melbourne, Australia, has revealed that one bacteria has shown some resistance to isopropyl or ethyl alcohol-based disinfectants used in hospital-based hand rubs. These ingredients are also used in hand sanitizers available for use by the general population.

Details of the study were released on Wednesday in the journal, Science Translational Medicine. The study was conducted in two Australian hospitals over 19 years, ending in 2015. In the study, 139 bacterial samples from two Melbourne hospitals were collected and exposed to diluted isopropyl alcohol. The study has found that one bacterium, Enterococcus faecium, which resides in the human gut, is becoming resistant to alcohol-based hand sanitizers.

The study found that of the isolates collected after 2009, there seemed to be a beginning resistance to alcohol-based disinfectants. Those samples taken from before 2004 showed less of this developing tolerance.

At the moment, researchers are unclear as to how the tolerance is occurring. However, some evidence suggests that the bacteria contained genetic mutations that made them increasingly more adept at surviving within the gut. Tim Stinear, a co-author of the study and professor at the University of Melbourne, also suggests that further study needs to be done in other locations to discover just how widespread this really is.

“There are two things we are working on. One is understanding exactly how the bacteria are becoming more tolerant. The second is what’s going on in other parts of the world, and we are working with colleagues around the world to address that.”

However, researchers involved in the study have stated that the general public should not be alarmed, nor should they stop using hand sanitizers as a way to protect themselves from food-based bacteria.

According to the study, the bacteria, as encountered in a hospital situation is very different to hand sanitization situations outside of hospitals. According to James Scott, a professor at the Dalla Lana School of Public Health at the University of Toronto, people should definitely continue to use hand sanitizers.

“The germs that were tested in this study are really hospital-based germs, not the kind of thing you would encounter in the community routinely. The hospital situation is very different. It can lead over time to a growth in resistance.”

Study co-author Paul Johnson, an infectious diseases professor and director of research at Austin Health in Melbourne, also states that hospitals may have to include extra control measures now to prevent certain outbreaks in hospitals. Using an additional bacteria-killing agent, such as chlorhexidine, to “sanitize hands in some medical care settings,” was one of the suggestions.

For the meantime, though, it is advisable for people to continue using hand sanitizers, especially if they are trying to prevent food-related bacterial illnesses. 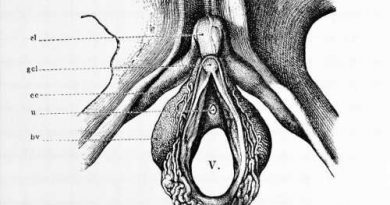 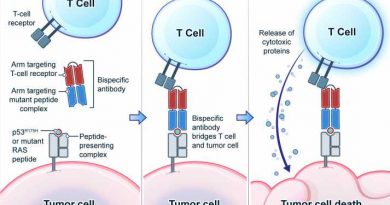 Overstuffed cancer cells may have an Achilles’ heel