Personal Health
November 13, 2020 Biden's, community, Disability, important, is, Joe, Like, Me, people, promise, so, Support, the, to, Why Like so many people across America (all 77,330,410 people who voted for him) I'm thrilled over President-elect Joe Biden's win. It felt like a victory that was a long time coming—one that punctuates a year of COVID-19 chaos and comes on the heels of disastrous and dangerous policies targeting marginalized people from the Trump administration.

But it wasn't until Biden's acceptance speech on Saturday night that I felt a sense of hope, optimism and joy that has been largely absent from my life and so many others for the last four years. Amidst his plans and hopes for the future, like a coordinated effort to combat COVID-19 and a plan to finally address systemic racism, one sentence in particular stood out to me: "We must make the promise of the country real for everybody — no matter their race, their ethnicity, their faith, their identity, or their disability," Biden told the crowd in Delaware.

Disability. At that moment, after hearing that word, I joyously said "that's me" out loud as if my personhood was being recognized and my dignity was being reaffirmed. In that one speech, I felt seen; more seen than I've felt in the last four years. See, I was born with Freeman-Sheldon syndrome, a genetic bone and muscular disorder, and I've spent my whole life feeling "othered" by a society that wasn't built for disabled people—especially in the past four years.

But it wasn't just me. Biden's speech sent waves of joy through the disability community; a community that so often feels overlooked and neglected. People tweeted of feeling hopeful and included, and disability activist and writer Karin Hitselberger blogged about how revolutionary Biden's acknowledgement felt. "It may seem simple," she wrote in a post on her blog, Claiming Crip, "but when your experiences are so often ignored and erased, hearing someone— especially someone in power – acknowledge the importance of your existence, and your equitable treatment in society feels revolutionary."

Biden's progressiveness to include people with disabilities in his speech and plans for the future is in direct opposition to what Trump and his administration has done for the past four years. Their harm to the disability community has been swift and lasting, starting even before Trump was elected president when he openly mocked a disabled reporter during a rally in South Carolina in 2015. In the now-infamous video, Trump is seen mimicking reporter Serge Kovaleski, who has arthrogryposis, a congenital condition affecting the joints. "Now, the poor guy—you ought to see the guy: 'Uh, I don't know what I said. I don't remember,'" Trump said, contorting his arms, apparently imitating Kovaleski.

Following that incident, shortly after Trump's inauguration in 2017, the disability section was removed from the White House website, and was never added back in during his four years in office. The last time the official White House website had a section on disabilities was during former President Barack Obama's presidency. The page, now only visible via White House archives, outlines Obama's plans for expanding educational opportunities, increasing employment, and strengthening healthcare for those with disabilities, among other things. The symbolism of that removal wasn't lost on me, and it was a signal that told disabled people they didn't matter and that they didn't belong.

And over the last year alone, Trump has spent time at his rallies speaking about "good genes." At one specific campaign rally in Bemidji, Minnesota—a community that's about 80% white, according to CNN—Trump said the troubling phrase to his supporters. "You have good genes. A lot of it is about the genes, isn't it, don't you believe? The racehorse theory. You think we're so different? You have good genes in Minnesota," he said—words that recall a violent history of eugenics, or the theory of selective breeding among a group of humans to produce a "superior race."

To the Trump administration, disabled people are invisible. We don't exist, and we most certainly are not worthy of equal rights or even human decency—apparently especially throughout a pandemic, during which disabled lives are seen as disposable. As reported by Vox in April, various disabilities rights groups filed complaints that some states were making triage recommendations that discriminate against people with disabilities.

This is, unfortunately, the world disabled people have been living in, so it's no wonder how powerful, hopeful and reassuring Biden's words were. Headlines proclaimed that Biden "set a tone that was very different from President Trump's" and I'm confident that new tone will translate to new policies that directly help—and, perhaps even more importantly, include—people with disabilities. At the end of May, before the election, Biden unveiled his disability platform, "The Biden Plan for Full Participation and Equality for People With Disabilities." In it, he acknowledged that, though the United States has made great strides since the Americans with Disabilities Act (ADA) was made a law in 1990, we still have a long way to go "to ensure that all people with disabilities are able to participate fully in our communities and enjoy the same kinds of choices and opportunities that many Americans take for granted." Biden's plan includes working directly with disabled policymakers, promoting inclusive education, and protecting economic security for disabled people.

And just this week, as the Trump administration continues its attempts to eliminate the Affordable Care Act (ACA), Biden spoke out in defense of the healthcare measure, which he and President Barack Obama first introduced. A repeal of the ACA—which has had a life-changing impact on the United States’ 61 million people with disabilities—would be devastating. The ACA has been an important anti-discrimination protection for people with preexisting conditions and eliminating it would mean a loss of coverage for thousands of disabled people.

"Let's be absolutely clear about what's at stake: The consequences of the Trump administration's argument are not academic or an abstraction. For many Americans, they are a matter of life and death, in a literal sense," Biden said. "This isn't hyperbole. It's real – as real as it gets."

It'd also be remiss of me not to mention Biden's own honesty and openness about his struggle with stuttering is helping to change the narrative and perception of disabled people. He's never hid his disability, which is in stark contrast to former presidents who hid health issues. (Franklin D. Roosevelt, America's 32nd president, for example, became paralyzed following polio and would routinely hide his wheelchair and disability because he didn't think the public was ready to have a disabled president.)

Fast-forward nearly a century and, thankfully, times are changing. Even on the campaign trail, Biden's compassion has been on display, perhaps most evident at the Democratic National Convention when 13-year-old Brayden Harrington, who also has a stutter, spoke about how Biden gave him confidence after the two met in New Hampshire; a video from 2018 also recently went viral that shows Biden embracing and consoling Corey Hixon, the disabled son of a Parkland victim.

It's true: The wounds of the Trump administration are deep and will linger long after Trump leaves the White House in January. And though the negative impacts of Trump's policies can't be undone with just one speech, it's definitely a start. A new chapter in the continued fight for disability rights and full inclusion for people with disabilities, who make up roughly one-fourth of the U.S. population.

For so many disabled people, myself included, Biden's speech signaled a much-needed and long-overdue turning point. What a powerful moment to hear the disability community recognized in a way that reaffirms our worth and dignity, that recognizes us and even celebrates us. The fact that we will soon have a president who doesn't shy away from disabilities is going to go a long way toward changing the narrative, paving a future of full inclusion and acceptance.

That's huge and I'm going to celebrate that win. 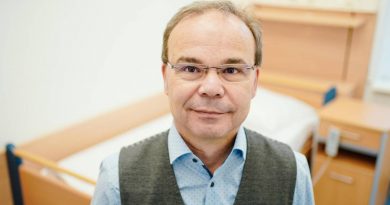 Who wants to sleep, remains awake: A psychologist about the reasons for sleep disorders 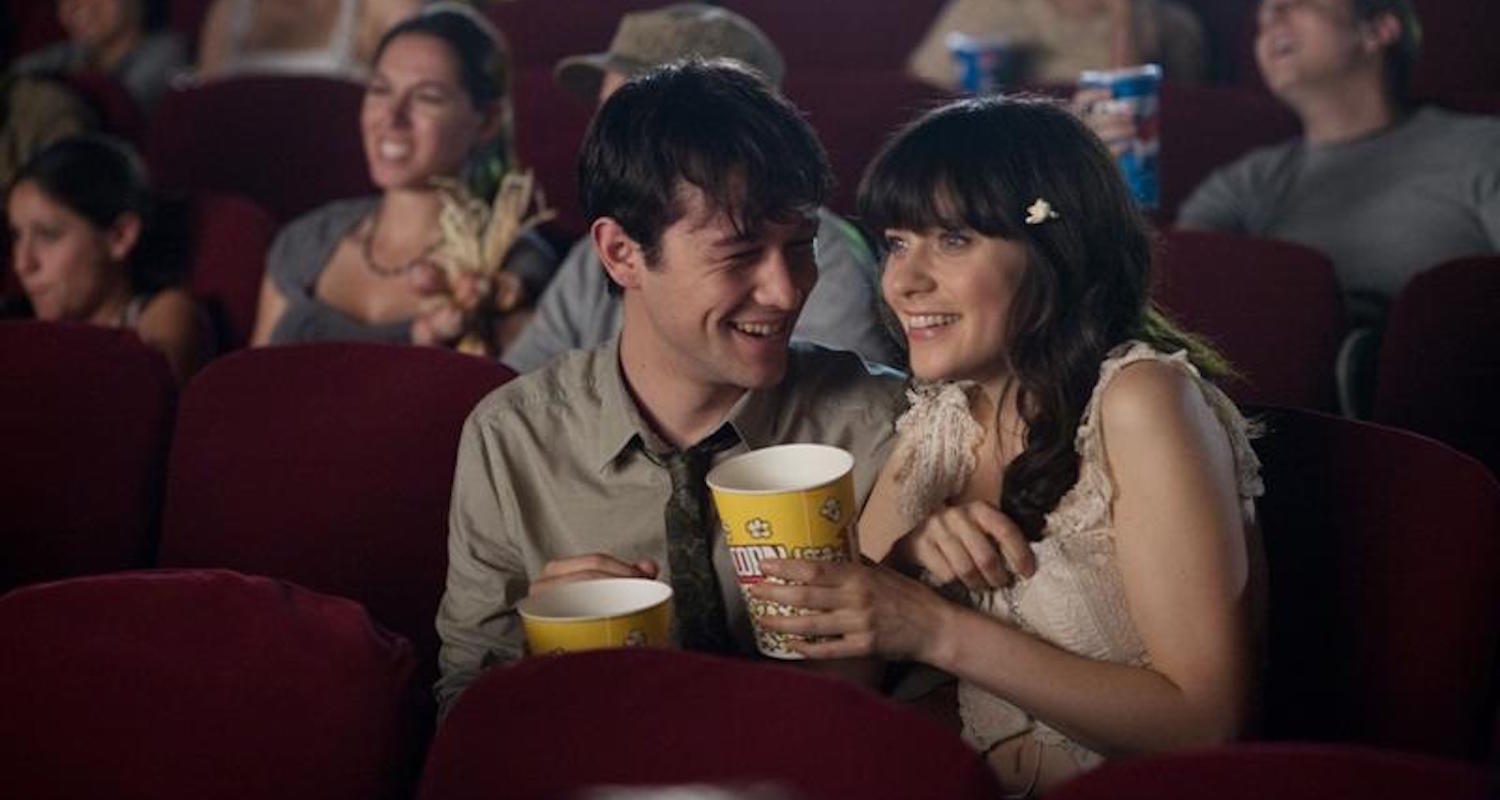 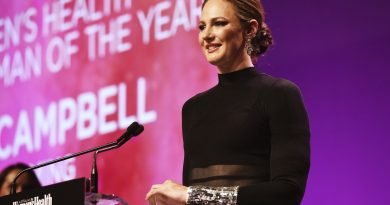