Home » No-Cancel Culture: How Telehealth Is Making It Easier to Keep That Therapy Session 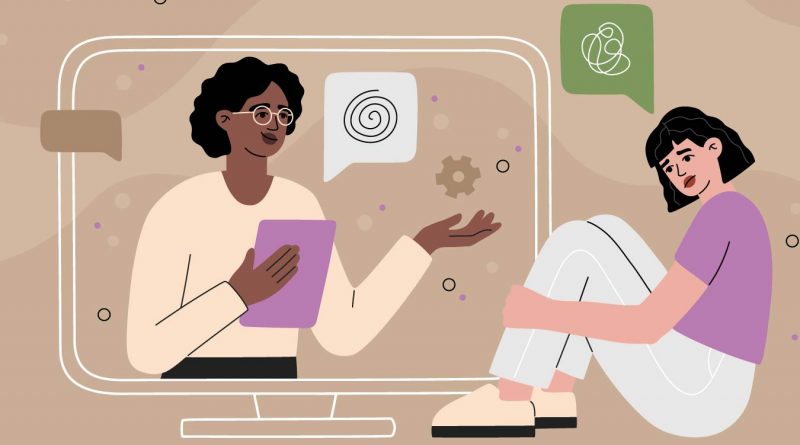 That had long been a problem in mental health care. Some outpatient programs previously had no-show rates as high as 60%, according to several studies.

Only 9% of psychiatrists reported that all patients kept their appointments before the pandemic, according to an American Psychiatric Association report. Once providers switched to telepsychiatry, that number increased to 32%.

Not only that, but providers and patients say teletherapy has largely been an effective lifeline for people struggling with anxiety, depression and other psychological issues during an extraordinarily difficult time, even though it created a new set of challenges.

Many providers say they plan to continue offering teletherapy after the pandemic. Some states are making permanent the temporary pandemic rules that allow providers to be reimbursed at the same rates as for in-person visits, which is welcome news to practitioners who take patients’ insurance.

“We are in a mental health crisis right now, so more people are struggling and may be more open to accessing services,” said psychologist Allison Dempsey, associate professor at University of Colorado School of Medicine in Aurora. “It’s much easier to connect from your living room.”

The problem for patients who didn’t show up was often as simple as a canceled ride, said Jody Long, a clinical social worker who studied the 60% rate of no-shows or late cancellations at the University of Tennessee Health Science Center psychiatric clinic.

But sometimes it was the health problem itself. Long remembers seeing a first-time patient drive around the parking lot and then exit. The patient later called and told Long, “I just could not get out of the car; please forgive me and reschedule me.”

Long, now an assistant professor at Jacksonville State University in Alabama, said that incident changed his perspective. “I realized when you’re having panic attacks or anxiety attacks or suffering from major depressive disorder, it’s hard,” he said. “It’s like you have built up these walls for protection and then all of a sudden you’re having to let these walls down.”

Absences strain providers whose bosses set billing and productivity expectations and those in private practice who lose billable hours, said Dempsey, who directs a program to provide mental health care for families of babies with serious medical complications. Psychotherapists often overbooked patients with the expectation that some would not show up, she said.

Now Dempsey and her colleagues no longer need to overbook. When patients don’t show up, staffers can sometimes contact a patient right away and hold the session. Other times, they can reschedule them for later that day or a different day.

And telepsychiatry performs as well as, if not better than, face-to-face delivery of mental health services, according to a World Journal of Psychiatry review of 452 studies.

Virtual visits can also save patients money, because they might not need to travel, take time off work or pay for child care, said Dr. Jay Shore, chairperson of the American Psychiatric Association’s telepsychiatry committee and a psychiatrist at the University of Colorado medical school.

Shore started examining the potential of video conferencing to reach rural patients in the late ’90s and concluded that patients and providers can virtually build rapport, which he said is fundamental for effective therapy and medicine management.

But before the pandemic, almost 64% of psychiatrists had never used telehealth, according to the psychiatric association. Amid widespread skepticism, providers then had to do “10 years of implementations in 10 days,” said Shore, who has consulted with Dempsey and other providers.

Dempsey and her colleagues faced a steep learning curve. She said she recently held a video therapy session with a mother who “seemed very out of it” before disappearing from the screen while her baby was crying.

She wondered if the patient’s exit was related to the stress of new motherhood or “something more concerning,” like addiction, she said. She thinks she might have better understood the woman’s condition had they been in the same room. The patient called Dempsey’s team that night and told them she had relapsed into drug use and been taken to the emergency room. The mental health providers directed her to a treatment program, Dempsey said.

“We spent a lot of time reviewing what happened with that case and thinking about what we need to do differently,” Dempsey said.

Providers now routinely ask for the name of someone to call if they lose a connection and can no longer reach the patient.

In another session, Dempsey noticed that a patient seemed guarded and saw her partner hovering in the background. She said she worried about the possibility of domestic violence or “some other form of controlling behavior.”

In such cases, Dempsey called after the appointments or sent the patients secure messages to their online health portal. She asked if they felt safe and suggested they talk in person.

In a Walmart parking lot recently, Western Illinois University psychologist Kristy Keefe heard a patient talking with her therapist from her car. Keefe said she wondered if the patient “had no other safe place to go to.”

To avoid that scenario, Keefe does 30-minute consultations with patients before their first telehealth appointment. She asks if they have space to talk where no one can overhear them and makes sure they have sufficient internet access and know how to use video conferencing.

To ensure that she, too, was prepared, Keefe upgraded her Wi-Fi router, purchased two white noise machines to drown out her conversations and placed a stop sign on her door during appointments so her 5-year-old son knew she was seeing patients.

Keefe concluded that audio alone sometimes works better than video, which often lags. Over the phone, she and her psychology students “got really sensitive to tone fluctuations” in a patient’s voice and were better able to “pick up the emotion” than with video conferencing, she said.

With those telehealth visits, her 20% no-show rate evaporated.

Kate Barnes, a 29-year-old middle school teacher in Fayetteville, Arkansas, who struggles with anxiety and depression, also has found visits easier by phone than by Zoom, because she doesn’t feel like a spotlight is on her.

“I can focus more on what I want to say,” she said.

In one of Keefe’s video sessions, though, a patient reached out, touched the camera and started to cry as she said how appreciative she was that someone was there, Keefe recalled.

“I am so very thankful that they had something in this terrible time of loss and trauma and isolation,” said Keefe.

Demand for mental health services will likely continue even after the lifting of all covid restrictions. About 41% of adults were suffering from anxiety or depression in January, compared with about 11% two years before, according to data from the U.S. Census Bureau and the National Health Interview Survey.

“That is not going to go away with snapping our fingers,” Dempsey said.

After the pandemic, Shore said, providers should review data from the past year and determine when virtual care or in-person care is more effective. He also said the health care industry needs to work to bridge the digital divide that exists because of lack of access to devices and broadband internet.

Even though Barnes, the teacher, said she did not see teletherapy as less effective than in-person therapy, she would like to return to seeing her therapist in person.

“When you are in person with someone, you can pick up on their body language better,” she said. “It’s a lot harder over a video call to do that.”

5 Positions To Try If Penetrative Sex Is Painful For You 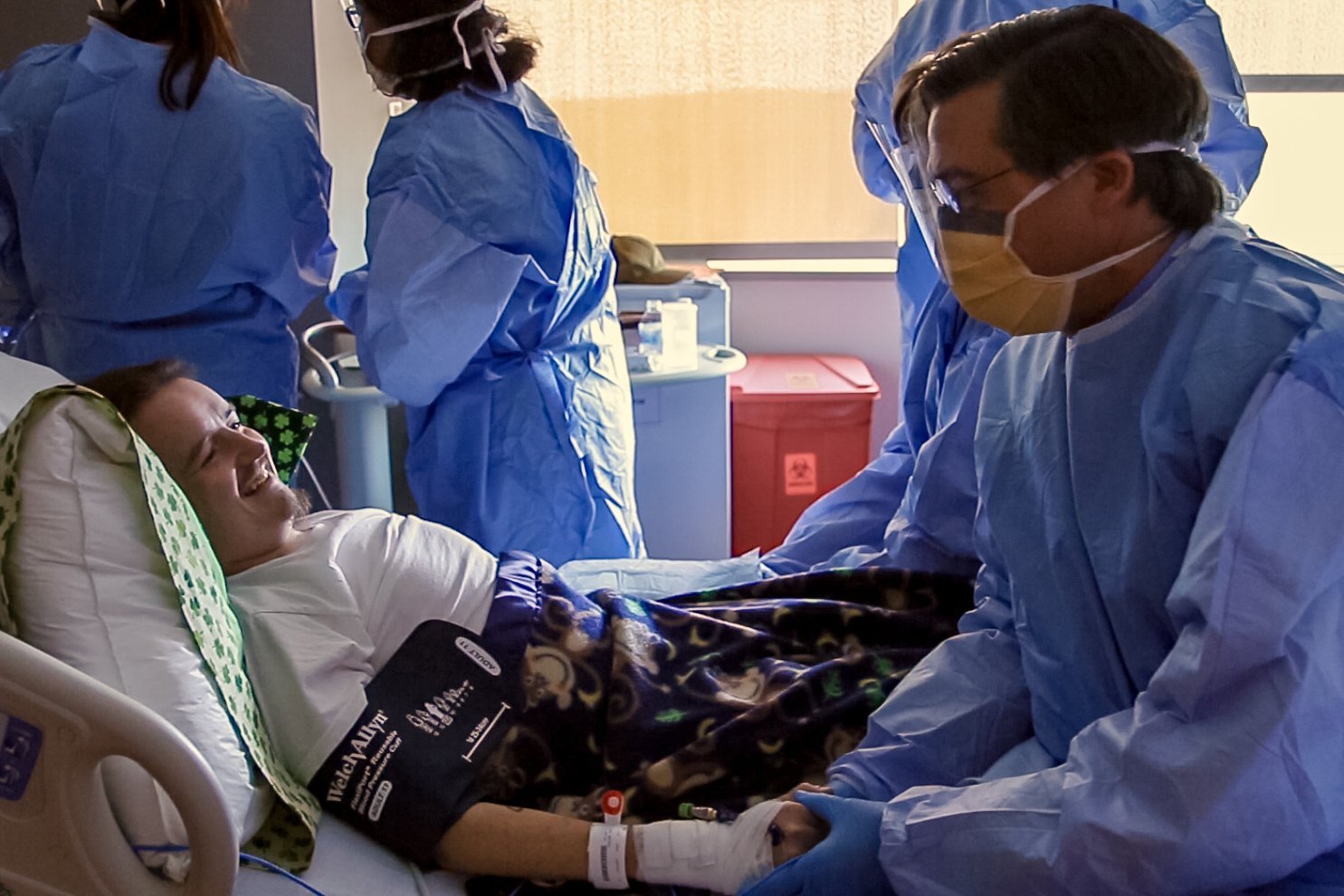 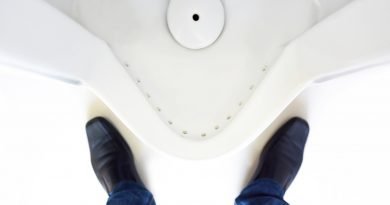 What does it mean when I pee and feel like I can’t finish?