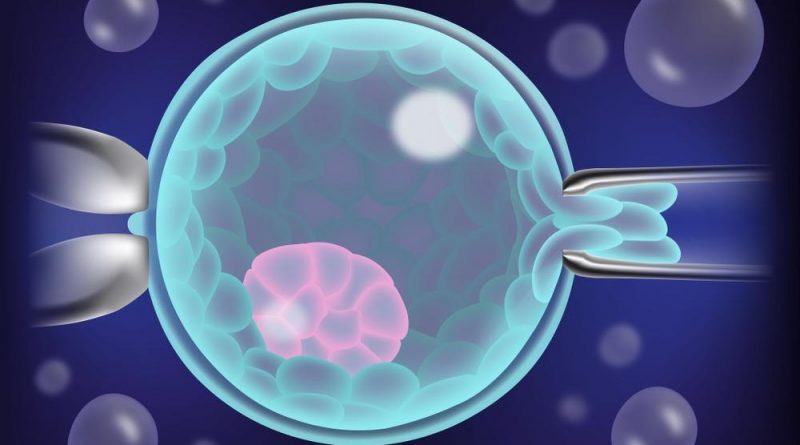 What is genetic testing? It refers to medical testing to identify changes within chromosomes, genes or proteins encoded by these genes. The purpose is to confirm or exclude a genetic disorder, or to quantify the risk that an individual carries, will pass on, or will develop such a disorder.

The indications for genetic counseling in pregnancy may include:

The presence of any of these indications should lead to counseling on the genetic risk, based on which a decision to carry out genetic testing is made to identify the presence of such conditions.

PGD comprises the testing of cells from a very early embryo, obtained through in vitro fertilization (IVF), grown to the stage of uterine implantation in an external medium. These cells are subjected to genetic testing, following which the embryo is discarded or implanted.

This refers to the performance of genetic tests on a fetus when there is a risk of having a baby with genetically determined mental retardation or physical deterioration. It is extremely controversial because the only option to deal with the identified genetic issues in the offspring is by aborting the pregnancy.

In the case of some anomalies such as Down syndrome, the fetus is aborted on the basis of a feared mental deficit, which is not always the case. Also vexed is the right to abort a fetus simply because the sex is wrong.

This consists of measuring certain hormones (alpha-fetoprotein, human chorionic gonadotropin (hCG), unconjugated estriol, and inhibin) in the mother’s blood – the triple or quad screen, alias the multiple marker screen, alias the AFP plus) – coupled with an ultrasound scan to evaluate the thickness of the skin on the back of the baby’s neck – the nuchal translucency test. Increased fluid accumulation or a cystic appearance could signal trisomy 21, or congenital heart disease. It will pick up >90% of Down syndrome cases, and other chromosomal anomalies.

Cell-free DNA (cfDNA) screening or non-invasive prenatal testing (NIPT) targets the minute amounts of fetal DNA fragments circulating in the maternal blood, to identify patients at high risk for such abnormalities, assuming that the maternal and fetal genomes will be identical. This allows more sensitive detection of most of the trisomies commonly encountered and a lower false-positive rate.

This refers to procedures like amniocentesis and CVS, where a needle is used to draw out amniotic fluid or small amounts of placental tissue, respectively, under ultrasound guidance, for genetic testing. Percutaneous Umbilical Blood Sampling (PUBS, Cordocentesis, Fetal Blood Sampling) is another method used at 20 weeks of pregnancy or later, for special indications only.

Sometimes, the counseling helps parents understand their chances of transmitting an abnormal gene to the baby.

If the gene is one of a pair of which both are required for normal function, both parents must have and pass on a defective copy if the baby is to get the disease. If only one parent has one defective copy, he or she may pass it on to some of the babies, but has no symptoms. Such an individual is a carrier, and the baby also becomes a carrier.

If two carriers have a baby, in 25% of cases the offspring will receive one copy of the defective gene from each parent, and will develop the disease. This is a high risk for disease.

Some examples are sickle cell disease in several Black communities and many tribal communities in India, and the Tay-Sachs disease in Ashkenazi Jews. Carrier screening is suggested to check for the presence of such a gene in potential parents if they so desire.

At present, universal genetic testing is recommended to rule out cystic fibrosis and spinal muscular atrophy, while all women should be checked for the presence of hemoglobinopathies.

Genetic testing is controversial among many mothers to be, who do not wish to reject their babies on any pretext.

Secondly, screening tests based on blood markers are not 100% perfect, and the resulting risk is a potent source of stress on the parents. Even if the baby does inherit defective genes, it does not follow that symptoms will arise or that the child will develop severe disease, the results do not convey the risk of progressive disease.

Thirdly, genetic tests may bring to light existing or potential conditions that were previously unknown, uncovering unwelcome knowledge about the potential for each parent and their families to develop certain conditions, but without the possibility of avoiding or averting them. This is surely a source of great stress.

There is a further issue in that the family history revealed by these tests would typically be confidential, but is unselectively shared by the individual being tested, leading to a breach of medical confidentiality and personal privacy.

Conversely, if genes that could affect other family members directly or indirectly are discovered, would it not be the right of the physician or test recipient to inform those at risk? These are perplexing questions without clear answers.

There is also a high possibility that a genetic test showing a problem with the fetus may be used to discriminate against the parents or the fetus, or both.

The question of health equity in genetic testing also arises. Since it will be mostly the rich who have access to genetic testing, the percentage of babies with genetic anomalies may become skewed towards lower socioeconomic backgrounds. This is already the case, according to some experts.

Each test also has its risks, such as amniocentesis and chorionic villous sampling, that can cause pregnancy loss in a small but significant number of cases.

Cost-effectiveness may also be in question, as, according to one study, the costs of universal screening for cystic fibrosis in order to avoid the birth of one affected baby are many times higher than the costs of managing that one individual medically over a lifetime.

And finally, eugenics and social engineering risks may eventually win the day. Eugenics refers to “the practice of manipulating the genes of offspring through either breeding or genetic alteration.”

According to Leon Kass, “To be sure, my genetic vices are, as far as I know them, rather modest, taken individually -myopia, asthma and other allergies, bilateral forefoot adduction, bowleggedness and pessimism, plus some four to eight as yet undiagnosed recessive lethal genes in the heterozygous condition-but taken together, if diagnosable prenatally, I might never have made it.”

Most deaths today are still not due to genetic factors, but rather occur in so-called normal healthy people. By pursuing genetic testing in pregnancy, will we head towards a society of ‘perfect’ offspring, and conversely, one which has zero tolerance for those not ‘perfect’? Is this even achievable, and if so, desirable? It would probably be best to conclude that while technology advances, intensive efforts must be taken to avoid the unfair and discriminatory use of such technology.

Dr. Liji Thomas is an OB-GYN, who graduated from the Government Medical College, University of Calicut, Kerala, in 2001. Liji practiced as a full-time consultant in obstetrics/gynecology in a private hospital for a few years following her graduation. She has counseled hundreds of patients facing issues from pregnancy-related problems and infertility, and has been in charge of over 2,000 deliveries, striving always to achieve a normal delivery rather than operative. 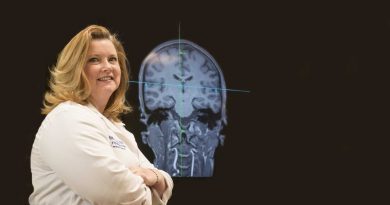 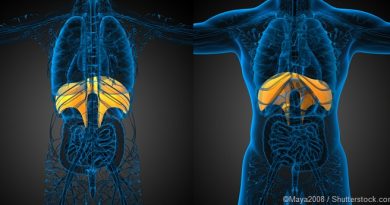