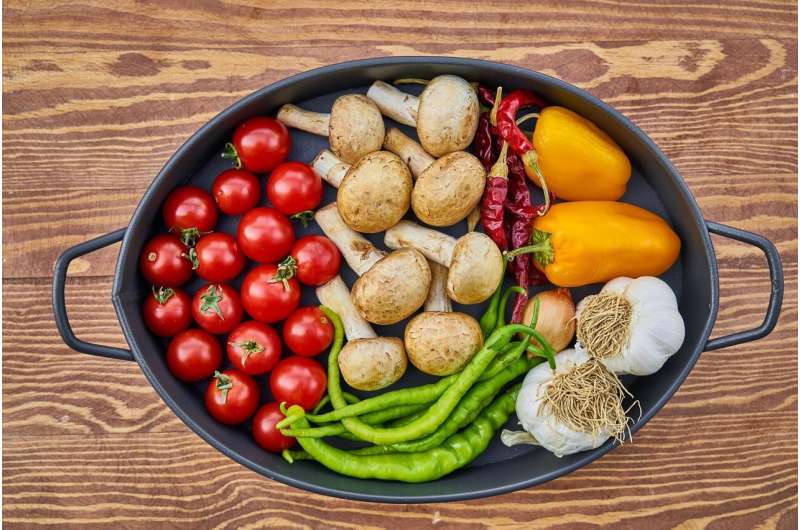 A 12-week vegan diet may result in clinically meaningful weight loss and improve blood sugar control in overweight adults and those with type 2 diabetes, according to a meta-analysis of 11 randomized trials involving almost 800 participants (aged 18 or older), being presented at this year’s European Congress on Obesity (ECO) in Maastricht, Netherlands (4-7 May). The study is by Anne-Ditte Termannsen and colleagues from the Steno Diabetes Center Copenhagen, Denmark.

However, vegan diets that are rich in fruits, vegetables, nuts, legumes and seeds, with no all animal derived foods, did not affect blood pressure or triglycerides (a type of fat in the blood) compared to other diets.

Data were analyzed for 11 studies involving 796 individuals (average age ranging from 48 to 61 years) with overweight (BMI of 25 kg/m2 or over) or type 2 diabetes. The trials lasted for at least 12 weeks (average duration 19 weeks) and considered weight loss of at least 5 kg (11lbs) clinically meaningful.

Further analyses found even greater reductions in body weight and BMI when vegan diets were compared with continuing a normal diet without dietary changes (-7.4 kg and -2.78 kg/m2 respectively), than compared with other intervention diets (-2.7 kg and -0.87 kg/m2).

“This rigorous assessment of the best available evidence to date indicates with reasonable certainty that adhering to a vegan diet for at least 12 weeks may result in clinically meaningful weight loss and improve blood sugar levels, and therefore can be used in the management of overweight and type 2 diabetes”, says Termannsen. “Vegan diets likely lead to weight loss because they are associated with a reduced calorie intake due to a lower content of fat and higher content of dietary fiber. However, more evidence is needed regarding other cardiometabolic outcomes.” People in open relationships are as satisfied as monogamous couples Dangerous pathogens use this sophisticated machinery to infect hosts