Home » Health News » Stroke: Time not the only factor in emergency care Neurologist Dr. Camilo R. Gomez pronounced in an editorial published in the Journal of Stroke & Cerebrovascular Diseases in 1993 that “Time is brain!”

“Unquestionably,” he wrote, “the longer therapy is delayed, the lesser the chance that it will be successful.”

In the meantime, however — with the help of new tools — researchers have been taking a closer look at what happens in the brain during and after a stroke, particularly at patterns of blood circulation.

Stroke occurs when the blood supply to a part of the brain stops and cells begin to die due to lack of oxygen and nutrients.

There are two main types of stroke: ischemic and hemorrhagic. Ischemic strokes, which result from clots or blood vessel constrictions, are by far the most common. Hemorrhagic strokes occur when vessels burst.

Now, in a new paper published in that same journal, Dr. Gomez — a stroke specialist from Loyola University Medical Center in Maywood, IL — argues that time should not be the only factor to dictate how ischemic stroke is treated.

The effect of time is likely to be different in different cases, depending on what is known as the person’s “collateral circulatory competence.”

In his paper, Dr. Gomez explains how use of a computational model helped identify four types of ischemic stroke that differ by pattern of collateral blood circulation.

He notes that modeling the types allows “forecasting of the fate of the ischemic process over time.”

Time is not the only factor

An optimal pattern “was predictably associated” with a slower injury rate in the affected area and a longer window of opportunity for therapy, for example.

“It is no longer reasonable to believe that the effect of time on the ischemic process represents an absolute paradigm,” argues Dr. Gomez.

He notes that there is increasing evidence of “considerable variability” in the volume of tissue that becomes injured within a given time after the onset of stroke. He also explains that this is “in large part due to the beneficial effect of a robust collateral circulation.”

“It’s clearly evident that the effect of time on the ischemic process is relative.”

He concludes that because we can now “readily identify” distinct collateral circulation patterns for different people, it is possible to predict how the aftermath of stroke is likely to affect the brain.

This improves opportunities to analyse the stroke process and select the best treatment.

Dr. Gomez’s suggestions affect decisions made in the emergency room, so it is still important to call 911 and get help immediately if you think that someone is having a stroke.

FAST action can save a life. FAST is a simple checklist for helping you decide if someone is having a stroke. It stands for Face, Arms, Speech, Time, as follows:

In the United States, around 140,000 people die from stroke every year, accounting for some 1 in 20 deaths.

The total cost of stroke in the U.S. is in the region of $34 billion per year. This includes healthcare, medication, and lost productivity. 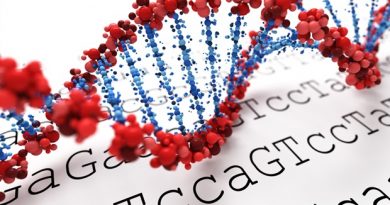