Home » Health News » POLL: Are YOU worried about Monkeypox? 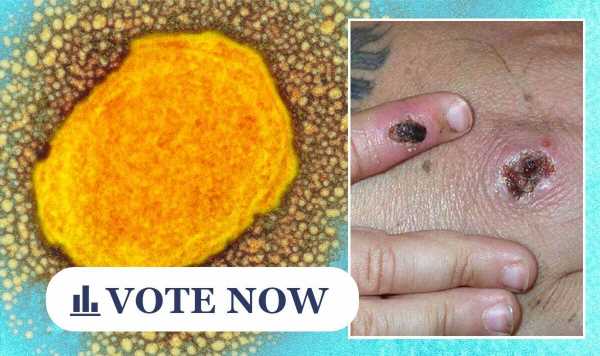 The rare virus, which causes a rash and fever, has been identified in several countries around the world in recent weeks. Although such an outbreak of monkeypox is unusual, health experts stress that the overall risk remains low and that the virus can be contained.

To contain the outbreak, patients are being isolated at home or in hospital and close contacts are also being told to isolate and avoid contact with vulnerable people for 21 days.

Around 100 cases have been confirmed globally so far in at least 15 countries outside West Africa, where the virus originated – cases have previously been associated with travel to infected regions such as Nigeria, where monkeypox is endemic, but the latest outbreak has puzzled scientists as it appears unrelated to travel.

The World Health Organisation’s emerging disease lead Maria Van Kerkhove said cases are expected to rise in the coming days but the virus can be stopped.

She said: “This is a containable situation, particularly in the countries where we are seeing these outbreaks that are happening across Europe, in North America as well. We can stop human-to-human transmission.”

The virus does not usually spread easily between people and is passed on through close person-to-person contact.

This includes touching clothing, bedding and towels used by an infected person, touching monkeypox skin blisters or scabs or from coughs and sneezes from a person with monkeypox.

Dr Susan Hopkins, the chief medical adviser at the UK Health Security Agency, said: “Alongside reports of further cases being identified in other countries globally, we continue to identify additional cases in the UK.

“Thank you to everyone who has come forward for testing already and supported our contact-tracing efforts, you are helping us limit the spread of this infection.”

Those who are most at risk have been offered the smallpox vaccine Imvanex, to provide cross-protection against monkeypox.

The vaccine is understood to be about 85 percent effective against monkeypox and the UK Government has ordered several thousand doses.

It has been offered to close contacts of those who have been affected.

Public health officials in Scotland have also ordered a “small number” of the vaccine.

Dr Nick Phin, the director of public health science and medical director at Public Health Scotland, said the overall risk to the public was low but urged people to seek medical advice if they were worried about unusual rash-like blisters.

He said: “We have well-established and robust infection control procedures for dealing with such cases of infectious disease, and these will be strictly followed.”

Prime Minister Boris Johnson was asked about the monkeypox outbreak during a school visit in southeast London, with concerns growing after it was reported that a young child was in intensive care with the disease in London.

He emphasised despite being a rare disease, it was important to “keep an eye on it” given the unprecedented outbreak.

He said: “So far the consequences don’t seem to be very serious, but it’s important that we keep an eye on it, and that’s exactly what the new UK Health Security Agency is doing.”

The first case of the outbreak in the UK was announced on May 7, in a person who had returned to London from Nigeria.

Most monkeypox cases will be mild with recovery after a few weeks.

It usually takes between five and 21 days for the first symptoms to appear which include fever, headache, muscle aches, backache, swollen lymph nodes, chills and exhaustion.

A rash can also develop, often starting on the face and spreading to other parts of the body.

The rash changes over time as it goes through different stages before forming a scab and falling off, similar to chickenpox.

The UK Health Security Agency said: “Anyone with concerns that they could be infected with monkeypox is advised to contact NHS 111 or a sexual health clinic.

“People should notify clinics ahead of their visit. We can assure them their call or discussion will be treated sensitively and confidentially.”

So what do YOU think? Are you worried about Monkeypox? Vote in our poll and leave your thoughts in the comment section below. 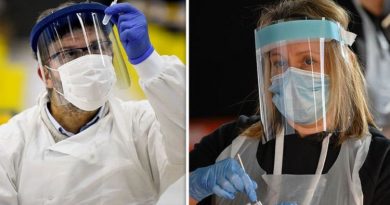 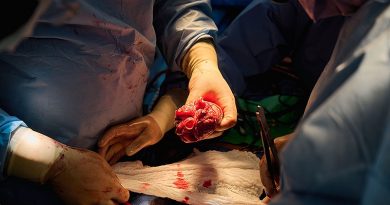 Pig Heart Transplants and the Ethical Challenges That Lie Ahead

Exercise may have different effects in the morning and evening