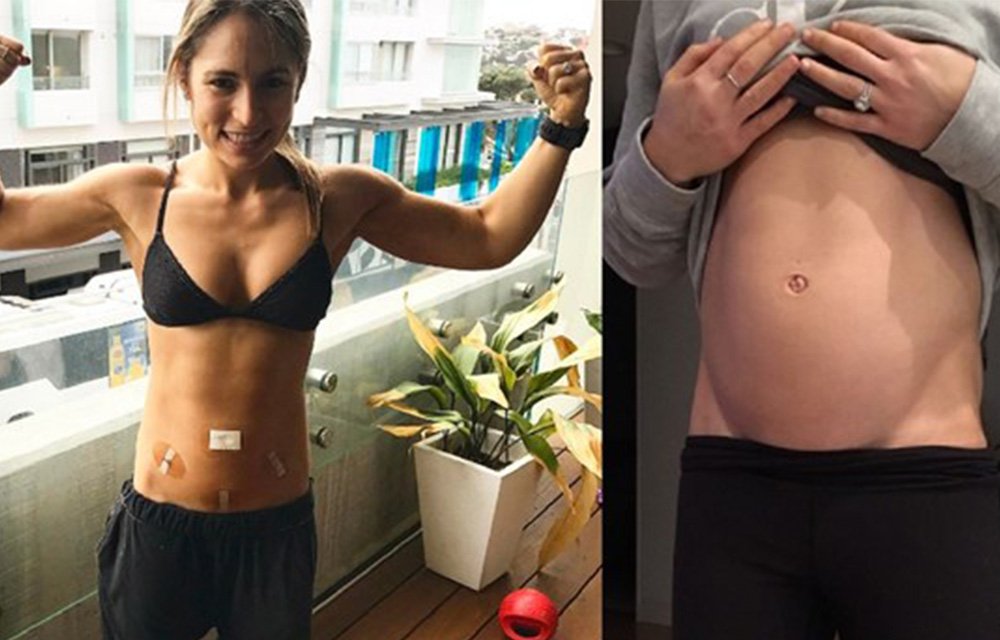 A Sydney personal trainer has described how she could barely leave the sofa after being left in excruciating pain by a mysterious condition.

Simone Nathan didn’t know at the time, but she was suffering from endometriosis.

The condition happens when the tissue that lines the uterus grows outside of it, causing pain, bloating, mood swings and, in severe cases, infertility.

RELATED: What You Need to Know About Endometriosis and Your Fertility

Although so common one in ten Aussie women are affected by it, the debilitating condition is often misdiagnosed. The answer is not clear on what causes endometriosis.

‘I bloated so much I looked like I was six months pregnant and the pain was excruciating, sometimes so bad I would lie on the couch unable to move,’ she told Daily Mail Australia.

‘It got so bad I couldn’t even have sex with my husband anymore because it was too painful.’

Like a lot girls of girls out there I have struggled with my body image for quite some time. I have good days and bad. Sometimes I feel too muscly, other times too chunky. However, some mornings I wake up and just feel amazing. _ There are the days where I feel like everyone is staring at me and judging me, whether they like or don’t like what they see. Other days I feel on top of the world and don't give a shit what anyone thinks because I feel awesome. _ I sometimes struggle in social situations with people who watched my relationship with food develop into an eating disorder. Having a past is something I can never erase, and although I now have a healthy body I still struggle thinking people still watch what I eat and drink and pass judgements based on this. _ I lack self confidence and haven't found complete self acceptance just yet. I sometimes struggle to wear the new me with pride and remain true to myself. I have improved a lot, I'm better at handling this and dealing with these situations but I know I still have a bit to go. _ Accepting yourself is so important and one that most of us girls need to work on. _ #fitness #fit #fitspo #workout #bodybuilding #iifym #gym #trainhard #training #instafit #flexibledieting #abs #muscle #strong #motivation #food #nutrition #physique #goals #getfit #exercise #carbsafterdark #weights #gains #fitnessmodel #strong #realtalk #training #weightloss #fitchicks

Posting glamorous fitness to Instagram, Simone’s life looked perfect, but inside she was masking incredible pain.

‘I just pushed through and made myself go to the gym because I have such a passion for it. I would just push and push,’ she said.

RELATED: This Australian Swimmer Competed In The Olympics With Endometriosis And *Still* Won Gold

New PB for the double win! Focussing on strength at the moment and upped my game to get out 3 sets of 5 x 85kg deadlift, and then decided to really test myself and go for double body weight, 90kg for 2 reps at end. Feeling good! Love walking out of a workout with a huge sense of achievement, it applies to anything in life really but moral of the story is you tend to get out of life what you are prepared to put in. So time now for a big re-feed! ➖➖➖➖➖➖➖➖➖➖➖➖➖➖➖➖➖ #weights #muscle #strength #trainhard #fitgirls #fitness #fit #instafit #strong #flexibledieting #girlsthatlift #fitfam #bodybuilding #strongnotskinny #fitspo #gains #nutrition #goals #diet #gym #workout #strongwoman #squats #girlswholift #lifegoals #girlswholift #deadlift #iifym #exercise #gettingstronger #teamncf

Over three years, Simone saw GPs, dieticians and gynaecologists, but still didn’t have a diagnosis.

‘I started to think I needed to see a psychologist because I saw so many doctors and had every test under the sun but still didn’t know what was wrong with me,’ she said.

‘It really gets you down, I was constantly in a mood and exhausted and thought maybe it was all in my head.’

My training partner. My better half. My love. My soul mate. My valentine. _ Always and forever, through thick and thin, standing strong side by side. I couldn't imagine life without you @j_dnathan ? _ #valentines #valentinesday #icebergs #celebration #bondiicebergs #love #family #familygoals #couplegoals #couple #fit #fitness #fitfam #fitspo #fitnesscouple #fitnessmotivation #fitnessmodel

Eventually, the condition was discovered when Simone was referred for keyhole surgery to check her uterus.

The condition was quickly discovered and the rogue tissue removed with a laser on the spot, ending three years of pain and uncertainty.

Today is endometriosis awareness day. Endometriosis – a disease that I got diagnosed with four days ago and had only ever heard of just a week or two before that. A disease so common that it affects 1 in 10 females, yet is never really spoken about. Women affected by endometriosis live with the symptoms for 7 years on average before being diagnosed with the disease. _ Women live in pain daily and adjust their daily struggles to be their new normal. Ordinary tasks like walking to the shops becomes difficult, sex is painful, socialising unappealing and going out exhausting. These women, like me, put on a brave face, normalise this pain as being part of their every day lives and get on with it as best they can. _ No one would have ever known how I have lived the better part of the past two years. No one would have known that 10 minutes before deadlifting 95kg I was lying on the couch in pain forcing myself to the gym. _ Countless arguments with my husband over my horrible mood swings, work not getting done, gym timing in case I have a 'flare up', and complete lack of energy. It is finally time to speak up and get this disease recognised and talked about! _ Chances are if it doesn't affect you it will affect someone you know. End the silence. Spread awareness. Speak up and help each other through the hard times. ??? _ #endometriosisawareness #endthesilence #endometriosis #endowarrior #endo #endosucks #strength #strongwoman #muscle #fit #fitness #fitfam #fitspo #trainhard #strength #strongertoday #endomarch #1in10 #marchintoyellow 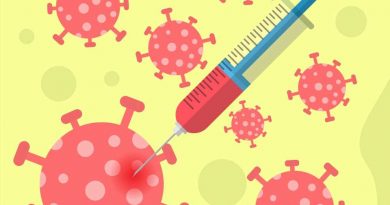 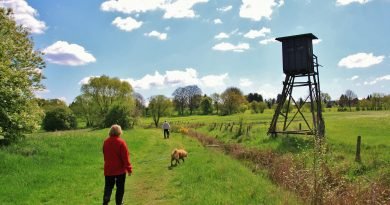