Game theory can be utilized to identify potential flaws in current cancer treatment approaches and suggest new strategies to improve outcomes in patients with metastatic cancer, according to a new article published online today by JAMA Oncology. The study, which is authored by a mathematician, an evolutionary biologist and clinical physicians from Moffitt Cancer Center and Maastricht University, challenges the decades old standard of treatment for metastatic cancers in which drugs are typically administered continuously at the maximum-tolerated dose (MTD) until the tumor progresses.

The study shows that, by viewing cancer therapy as a game between the treating physician and the cancer cells, continuous administration of the same drug or drugs at MTD fails to exploit critical advantages possessed by the physician. Instead, the authors encourage oncologists to develop flexible strategic treatment plans. By exploiting his/her knowledge of the cancer’s evolutionary dynamics, the oncologist can continuously adjust drugs and doses to delay or prevent cancer progression caused by the evolution of resistance. With each adjustment, the oncologist updates information on the cancer’s response.

The Moffitt research team, led by Robert A. Gatenby, M.D., used mathematical modeling to investigate cancer treatment as a game played by the physician and cancer cells. In their study, the researchers demonstrate that the physician has two big advantages over his/her tumor opponents. First, the physician is rational while the cancer cells are not. This means that the physician, by understanding the principles of evolution, can plan ahead and anticipate the tumor cells’ response. Cancers, like all evolving organisms, can never anticipate the future and because of this are particularly vulnerable to changes in treatment by the physician. In addition, the physician has the advantage of always “playing” first — the cancer cells cannot begin to evolve resistance until the physician administers a therapy. This sequence of moves means that cancer treatment has a distinctive game theoretic form termed a “leader-follower” or “Stackelberg” game. Von Stackelberg was a German mathematician who extensively investigated the game dynamics in the mid-20th century. His work and that of several other game theorists have demonstrated that the leader in a Stackelberg gains a substantial advantage by using the first move to limit subsequent tumor responses. Furthermore, the leader can use fore-knowledge of the cancer to anticipate and steer its evolution and vulnerabilities.

“Current treatments for metastatic cancers, by giving the same drug repeatedly at the maximum tolerated dose, can inadvertently increase the speed with which cancer cells can evolve effective counter measures and then regrow,” said Gatenby, co-director of Moffitt’s Center of Excellence in Evolutionary Therapy. “Today, therapy is usually changed only when the tumor progresses. By using this strategy the physician cedes control to the cancer. Although standard practice for decades, administering drugs at maximum-tolerated dose until progression is rarely the optimal game theoretic strategy for metastatic cancers.”

“The current maximum-tolerated dose approach will only be successful if the cancer cell population is made up of similar cells that are unable to adapt and evolve quickly,” said Joel Brown, Ph.D., an evolutionary biologist at Moffitt. “That is rarely what we see for cancers that have widely metastasized. We can and must anticipate, steer and exploit the cancer cells’ evolutionary responses to our therapies.”

The study proposes changes in the standard treatment paradigms by encouraging physicians to better use their advantages as the sentient leader in their high-stakes game with the cancer. They can do this by continuously adjusting treatment and forcing the cancer cells to constantly change their response to unpredictable attacks from new drugs or combinations of drugs. The authors suggest that the physicians begin by precisely defining the goal of treatment. Is to cure the patient or is it to prolong life? This allows the physician to better balance the benefit of therapy against the potential toxicity and its effects on the patient’s quality of life. In a related suggestion, the authors suggest that the treating physician develops a strategy to deal with cancer cells that are resistant to therapy. If the goal is to cure, then resistant cells must be killed or prevented. If the goal is control, then physicians can use evolutionary principles to minimize the proliferation of resistant cells while limiting the toxicity of treatment. Finally, the physician, as the sentient player in the game, can continuously analyze the intratumoral evolutionary dynamics based on the tumor response during each treatment cycle. This information, often with the aid of a mathematical model, can provide information to improve the outcomes in subsequent cycles — a well-recognized approach in recursive games termed Bellman’s Principle.

To operationalize their theoretical study, the research team suggests precision medicine for metastatic cancers. In addition to using molecular techniques to identify treatment targets, precision medicine should integrate strategies to deal with the evolution of resistance which almost invariably leads to failure of even highly successful targeted therapies. The health team should design an explicit Resistance Management Plan (RMP) for each patient — an approach commonly used in pest management. They also recommend that the physician analyzes the outcomes of every patient, similar to After Action Reports (AAR) used in the military and disaster response teams. By learning from each individual patient, personalized oncology can itself evolve and improve over time.

While this approach is designed for incurable metastatic cancers, Katerina Stankova, Ph.D., a mathematician at Maastricht University and an expert on game theory, notes that the full dynamics of Stackelberg games have not yet been rigorously explored. “As we develop the mathematics in conjunction with cancer therapies, we expect that our analyses will uncover novel game-theoretic, evolutionary strategies that may increase the probability of curing even aggressive and heterogeneous cancers,” Stankova added.

The study was supported by the European Union’s Horizon 2020 research and innovation program, the James S. McDonnell Foundation grant, a V Foundation grant and the National Institutes of Health/National Cancer Institute. 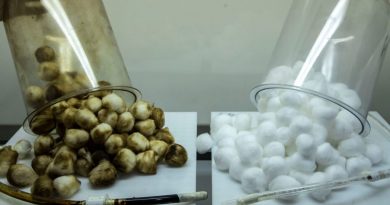 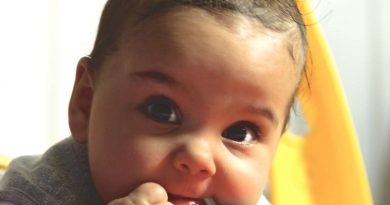 Drool rash: Treatment, prevention, and when to see a doctor 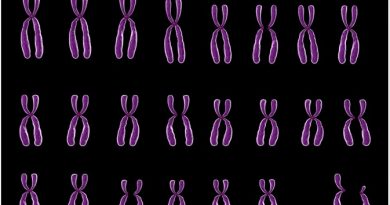