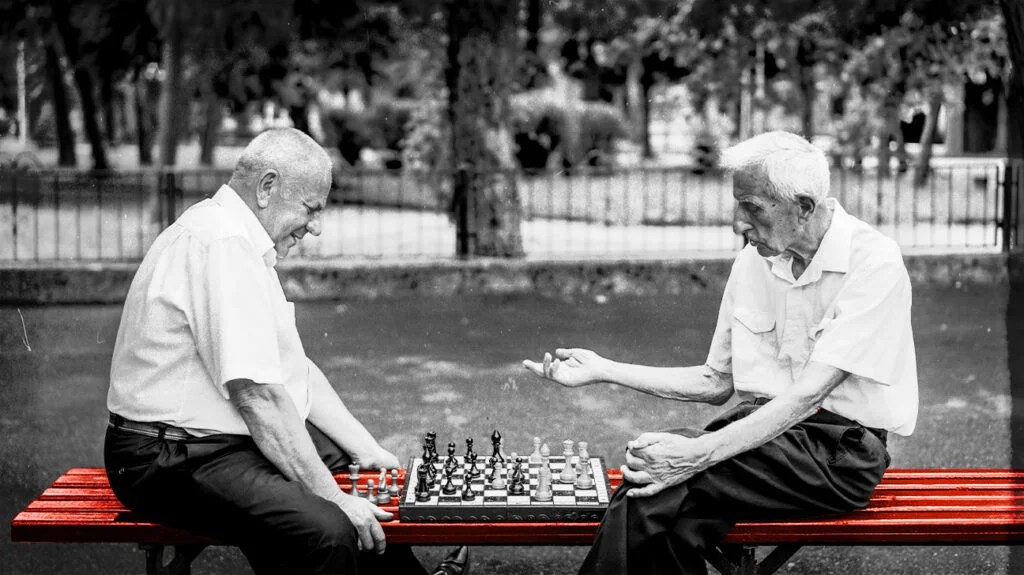 The existence of these unproven therapies was due to rumours based on misunderstood results from research in mice. One such study found that blood plasma infusions from young mice improved the memories and function of older mice.

Further experimentation in humans has also failed to show an effect. A 2017 trial showed infusions of blood plasma from young people did not reduce Alzheimer’s symptoms in older people, for example.

CSF bathes the brain and serves three key functions: cushioning it from knocks, providing it with nutrients, and removing waste.

This new study in Nature aimed to study whether transferring CSF, rather than plasma, from younger to older mice might affect brain aging.

To start this experiment researchers had to condition the mice to remember an event so they could test this memory later. Twenty-month-old mice were given 3 electric shocks on their foot at the same time as being exposed to a tone and a flashing light, to help create an association.

These older mice then had cerebrospinal fluid from 10-week-old mice injected into them for a week. A control group received artificial CSF.

Three weeks later, the researchers tried to ascertain how this affected the mice’s memory. To do this, they exposed the mice to the same tone and flashing light but without the electric shocks, and many froze with fear.

However, mice that received CSF from young mice froze in fear almost 40% of the time, compared to 18% of the time in mice given artificial CSF.

This suggested the CSF from young mice was having a rejuvenating effect on the older brains, which improved their memory.

Growth factors and differentiation of cells

Further experiments showed that the CSF of young mice was boosting the proliferation and differentiation of cells that turn into a type of central nervous system cell called oligodendrocytes. Repeated experiments with human CSF showed a similar, but lesser effect.

A key role of oligodendrocytes is to produce a fat-rich substance called myelin. Myelin forms a protective sheath around nerves, which insulates them and therefore allows the nerves to rapidly communicate electrical impulses.

In addition to more oligodendrocytes, mice receiving young CSF had more myelin coated nerves in their hippocampus, a part of the brain essential for memory. The authors suggest this led to improved nerve conduction in the hippocampus and therefore improved memory in the treated mice.

Further analysis to understand the changes pointed to the role of fibroblast growth factor 17, a protein that is commonly expressed in the brain but declines with age. The study showed this growth factor was necessary and sufficient to create more oligodendrocytes and to improve memory and cognition in mice.

Dr. Rebecca Edelmayer, senior director of scientific engagement at the Alzheimer’s Association told Medical News Today in an email that the paper was “intriguing but very preliminary.”

She said: “For those of us working on Alzheimer’s disease and other dementia, there is much we can learn from the process of normal aging by studying the natural changes that occur in the brain over time. For example, can replenishing factors that naturally diminish over time be used to protect against or reverse neurodegenerative disease processes like Alzheimer’s?”

She added: “The idea of replenishing growth factors to support cellular health is not new. Research studying cellular growth factors is a common area of neuroscience, and it is being investigated for multiple diseases.”

Dr. Rosa Sancho, head of research at Alzheimer’s Research U.K. agreed that the findings were interesting, but that the research was very early stage. She told Medical News Today in an interview: “What was nice in the studies is that they’ve identified a couple of proteins that could be involved in this mechanism.”

“And it’s really important actually, that we identify these new avenues for translational research. As you know, there are no disease-modifying treatments in the U.K. for people with dementia. At the moment, they only have access to symptomatic treatments.”

Identifying molecules that could be treatment targets could be key to developing drugs in future, she explained.

“It’s very early-stage research in mice, but I think it does have a lot of interest and a lot of potential to be further replicated and developed.” Supplements: The vitamins and minerals ‘people should avoid’ according to a doctor