Along with swelling in other parts of your body, some women may experience ‘pregnancy lips’ while pregnant

There are plenty of things that can happen while a woman is pregnant that can be deemed annoying or disruptive to the soon-to-be mother. From morning sickness and bloating to constipation and heartburn, there are many other ailments that can be considered unpleasant. However, for Khloe Kardashian, it was “pregnancy lips” that she hated the most.

According to a previous Inquisitr article, Khloe Kardashian can be seen in the latest promo clip for the upcoming Season 15 of Keeping Up With the Kardashians, complaining about her pregnancy lips.

“PSA I was pregnant during the entire season of KUWTK. Some women get ‘pregnancy lips.’ I was one of them. So my lips look crazy and massive. Trust me I know and I HATED it!” she said according to People.

For many pregnant women, though, this symptom appears to be a previously unheard of symptom. However, according to some experts, pregnancy lips is a real thing and, while not common, can affect some women, according to People.

So, what is pregnancy lips?

According to Khloe Kardashian, this symptom occurs while pregnant and results in uncommon swelling of one’s lips. While many women are willing to pay to get their lips plumped, it seems Khloe was less than impressed with her pregnancy-induced plumped up lips.

However, People wanted more information on the matter and asked some experts about Khloe Kardashian’s unusual experience while pregnant.

According to Dr. Sherry A. Ross, a women’s health expert and author of She-ology. The Definitive Guide to Women’s Intimate Health. Period, pregnancy lips can occur legitimately while pregnant.

“There is definitely some truth to as your belly grows so can your lips,” Dr. Ross states.

“Swelling is a normal part of pregnancy and it happens in just about every part of your body including your lips.”

In addition to this swelling, extra blood flow can account for that “pregnancy glow” that is often talked about.

However, for those that are getting excited at the prospect of plumped up lips while pregnant, Dr. Ross warns this is not a permanent symptom. Women who do experience pregnancy lips can expect a deflation any time from three to six months after birth.

“Once you give birth, your body will deflate over 3 to 6 months, as will your lips,” she explains.

While it can be considered a legitimate pregnancy symptom, it is certainly not a common occurrence.

“I’ve taken care of thousands of pregnant women, and I really don’t know anything about pregnancy lips,” says Dr. Mary Jane Minkin, a professor of obstetrics at Yale and a member of People‘s Health Squad.

Dr. Minkin did, however, mention what is considered a more normal swelling that occurs during pregnancy.

“The lips of the vulva do get swollen sometimes with more pelvic blood flow,” she said.

So, unfortunately, for most women suffering from bloating during pregnancy, it is of the regular and unflattering type, not the lip-plumping kind from which Khloe Kardashian “suffered.” 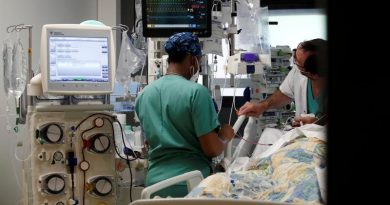 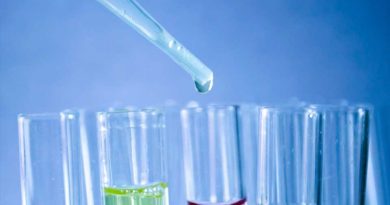 Hunt for the protein TGM1 led to disease discovery 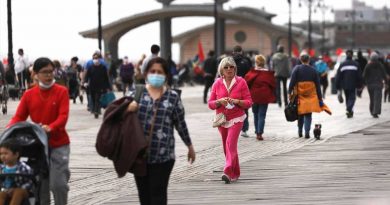 WHO Clarifies Statement That Asymptomatic Spread of Coronavirus Is 'Very Rare'