Heart disease: Doctor explains how to reduce risk in 2021

Food with high salt content should be avoided for this very reason. In the human body, having a correct salt (sodium) concentration in the bloodstream is crucial for health. Expert Dr Deborah Lee, from the Dr Fox Online Pharmacy, said salt should be regarded as a “hidden killer”.

She explained: “If you take in too much salt, the sodium content of the blood increases.

“The kidney detects this and reabsorbs more water to try and dilute the increased sodium concentration.

“It does this via the stimulation of an enzyme system called the renin-aldosterone-angiotensin system (RAS).

“As a result, there is an increase in your blood volume, which puts your blood pressure up, as the heart is having to work harder to pump an increased fluid volume around the body.”

Over time this puts the heart under strain, which can cause heart failure and can damage the kidneys, causing the kidneys to work less efficiently.

And if you persistently ingest too much salt, this leads to chronic hypertension (high blood pressure) and renal failure.

But the most common signs of heart disease are chest pain (angina) and breathlessness.

One popular component of dinners in the UK could be particularly unhealthy, Dr Lee advised.

“87 to 99 percent of shop-bought gravy should have a red health alert warning!”

She added: “If everyone in the UK cut their salt intake by one gram per day, this would prevent 6,000 deaths due to strokes and heart attacks every year.

“Most people consume between nine to 12 grams of salt per day – more than twice the recommended amount of five grams per day. Five grams of salt is just under one teaspoon of salt.”

Other “hidden killer” foods according to Dr Lee are:

Bread – One in four loaves of bread contain the same amount of salt as a packet of crisps.

Freshly baked bread does not have to have proper food labelling, and high street bakeries tend to have bread with the highest salt content.

Ready meals – Although the amount of salt in ready meals has gone down in recent years, in a recent survey, seven percent of ready meals still contained over three grams of salt per serving, which is over half the total daily recommended intake of salt.

Sausage rolls – One large sausage roll contains as much salt as four packets of crisps. 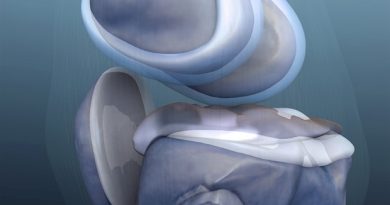 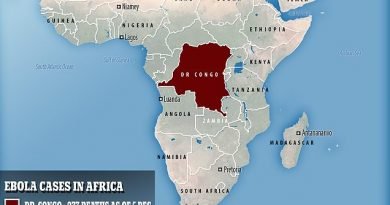 Ebola spreads to major Congo city as vaccines a concern