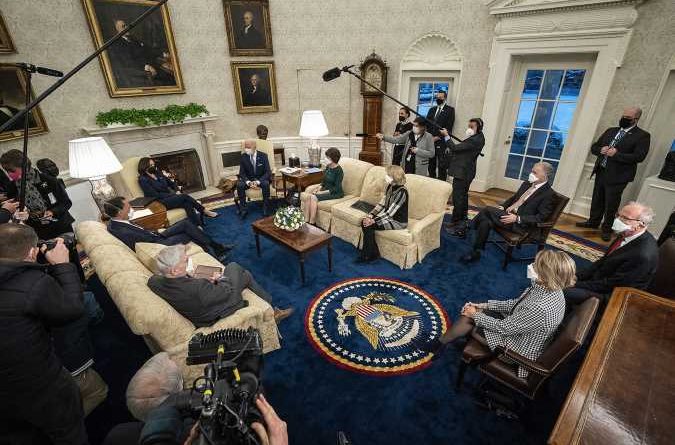 President Joe Biden and a group of Republicans agreed this week on how much Congress should spend on vaccine distribution, covid-19 testing and other health investments that public health officials say are desperately needed to fight the pandemic.

But agreement on those popular programs, which make up only 9% of Biden’s $1.9 trillion relief proposal, is not enough to dispense that money quickly.

It will likely have to wait as the president and lawmakers hash out a bigger deal to also address the pandemic’s economic toll, or as Democrats pursue the lengthy process that would allow them to pass their relief plan without Republicans. The latter would require the support of nearly every Democrat in Congress.

The disagreements that nearly torpedoed December’s relief package remain, underscoring how differently lawmakers view the pandemic and their responsibility to support the millions of Americans suffering from it. And Biden’s wide-ranging, high-dollar proposal, which also includes provisions increasing child care tax credits and raising the minimum wage to $15 that Republicans said would be deal breakers, has ignited new tensions.

This week 10 Senate Republicans offered a $618 billion counterproposal, matching Biden’s requests for $160 billion for vaccinations, testing, treatment and other measures to contain the coronavirus; $4 billion for mental health and substance use disorder services; and $12 billion for nutrition assistance. They also provided lower counteroffers on spending to reopen schools, sending direct payments to some lower-income consumers and enhancing unemployment benefits, and on a handful of other programs. Those are cuts that some progressive Democrats said they could not support.

Biden has called for both parties to work together to right the economy and stop the virus. But it is unclear whether either party is willing to compromise at a time when emotions are still raw over the insurrection at the Capitol and the looming impeachment trial. However this is resolved could potentially set the tone for his presidency.

While some have suggested a “shots and checks” strategy to initially just deliver aid in the form of vaccinations and stimulus checks, many Democrats worry that would leave other urgent problems unaddressed, like the enhanced jobless benefits for millions of Americans that expire next month.

After Biden met with the Senate Republican group earlier this week to discuss their proposal, White House press secretary Jen Psaki said Biden “will not settle for a package that fails to meet the moment.”

That leaves lawmakers trading proposals and jumping through procedural hoops to pass a big package, while public health officials — from the government’s top infectious disease expert, Dr. Anthony Fauci, to the state officials who testified before the House this week — pleading for critical funding that already has the approval of members of both parties.

Here are a few of the key disagreements — among the many — that could hold up public health funding.

The Senate Republicans’ counterproposal suggested the strictest limits yet on which Americans would be eligible for the next round of relief checks, arguing Congress should not spend extra money to help higher-income Americans.

Last year’s relief packages also imposed income limits on recipients. The most inclusive proposal, passed last March, sent up to $1,200 to individuals making as much as $99,000 a year (or as much as $198,000 for couples).

Biden’s proposal would send $1,400 per person. Democrats are discussing making those payments more targeted. They argue the checks could help support those who get infected and must stay home from work to recover and protect others.

Democrats are describing the $1,400 checks as rounding out the $600 checks many Americans recently received from the December relief package.

That legislation was delayed when former President Donald Trump and Democratic leaders pushed to more than triple the payments to $2,000 per person — a proposal that Minority Leader Mitch McConnell, then the majority leader, said could not pass the Senate.

Progressive Democrats have argued for monthly payments, a suggestion that party leaders have not embraced.

The Republican proposal did not include additional emergency funding for state and local governments, an exclusion some Democrats say makes the package a non-starter.

Both proposals would give states money specifically for reopening schools, distributing vaccines and more. But Biden also proposed $350 billion for states and localities that generally could be used at their discretion to cover budget shortfalls and unexpected expenses directly related to the pandemic.

“The resources provided to states, communities and families will allow us to come out the other side of this pandemic successfully and not looking at a new financial problem facing our country,” she said.

In the first, $2.2 trillion relief package last year, Congress established a $150 billion fund to help state, local and tribal governments coping with the pandemic. The money was distributed based on population, with broad guidelines: State and local governments generally may use the money for “necessary expenditures” that arose from the pandemic.

States have put those dollars toward a variety of needs, from hazard pay for health workers to improved internet access. Some, like Oregon, Mississippi and North Dakota, sent additional relief checks to residents. Others, like Colorado, helped renters and homeowners facing eviction or foreclosure.

States have until the end of this year to spend the money, at which point the federal government will reclaim any unspent funds.

Republicans have argued that states do not need more money, because some of the original funding remains unspent. In December, for instance, some sounded the alarm that Texas had about $2 billion left of its disbursement — even as state officials pleaded for more help for rural hospitals, renters and food banks.

In the month after Trump declared a national emergency, more than 22 million Americans filed for unemployment benefits. By December, 10.7 million people remained out of work.

Those who filed for unemployment assistance in the early months of the pandemic received an additional $600 a week, among other benefits expanded under the first relief package — until the end of July, when the extra cash expired. In December, Congress gave the jobless an extra $300 a week.

Republicans have proposed another short-term extension of the additional $300-per-week benefit, expiring at the end of June. Biden proposed raising it to $400 and extending the benefit through September.

The current benefits are set to expire March 14, the date Democrats are now calling the unemployment benefits “cliff” — and citing as the deadline for the next relief package.

“We can’t keep jumping from cliff to cliff every few months,” Wyden said in a statement. “Workers who have lost their jobs through no fault of their own shouldn’t be constantly worrying that they are going to lose their income overnight.” 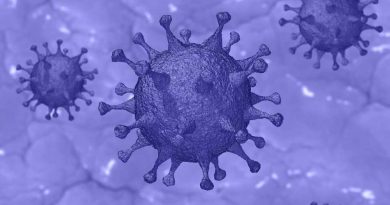 What you need to know about Sweden’s Covid-19 strategy 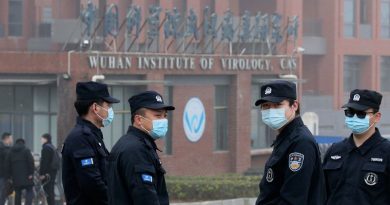 Lab Leak: A Scientific Debate Mired in Politics — and Unresolved