Epstein-Barr Virus (EBV) doesn’t directly cause cancer, but infection with this common herpes virus brings an increased risk of some cancers, including fast-growing lymphomas. This week in mSphere, researchers report on a new drug that works by targeting EBV-positive tumors.

In experiments on mice, the drug inhibited tumor development and metastases for EBV-related lymphomas. The findings suggest the drug may be useful in treating malignancies in EBV-positive patients and have led to a phase I trial in that patient population.

The Epstein-Barr virus is so common that almost everyone in the United States has been infected by the time they reach their twenties. An infection can cause mononucleosis (the “kissing disease”), but many people remain asymptomatic their entire lives. An increased risk of other types of cancer, including nasopharyngeal and stomach cancers, has been associated with EBV infections.

“In certain circumstances the virus can contribute to cancer.,” says the study’s lead author, microbiologist Richard Longnecker at the Northwestern University Feinberg School of Medicine, in Chicago.

Infections by EBV are thought to promote the growth of B lymphocytes, resulting in lymphomas. Importantly, EBV encodes a protein called LMP2A (Latent Membrane Protein 2A) that can hijack the cell signaling mechanism of the B cells it infects. Longnecker, whose research focuses on understanding how viruses contribute to cancer, has been studying the protein since the late 1980s. His laboratory has found that LMP2A can both prevent apoptosis, or cell death, and drive the cell-division cycle, promoting cancer in murine models.

For the new study, Longnecker and his collaborators studied mice that had been genetically modified to express LMP2A protein in B cells that promoted lymphoma development. In treated mice, the drug, a tyrosine kinase inhibitor called TAK-659, counteracted the cancer-promoting mechanisms of the LMP2A protein. The drug killed tumor cells but left host cells unaffected. It also promoted apoptosis in tumor cells and stopped the spread of tumor cells into nearby bone marrow.

Based on previous preclinical studies conducted at Takeda Pharmaceuticals, which is developing TAK-659, the company launched three phase I clinical trials to test the safety of the drug in patients with some lymphomas, acute myelogenous leukemia, and some solid tumors. Those studies are recruiting. Based on the findings published this week in mSphere, which validated the drug’s efficacy in EBV-positive lymphomas, the company added a cohort of EBV-positive patients to one of those trials.

The drug has promise both as a single agent and in combination with other cancer therapies, including immunotherapies, says Karuppiah Kannan, Global Program Leader for Takeda, which is based in Cambridge, Massachusetts. “It combines very well with checkpoint inhibitors,” he says. Kannan says the new findings demonstrate the drug’s efficacy can be tested not only among different types of cancer, but more generally among those associated with EBV.

The findings published this week, says Kannan, show how good preclinical data can push research faster toward something that will help patients. “It’s an example of how bench to bedside happens,” he says. “Now the clinical data has to take us to the next step.” 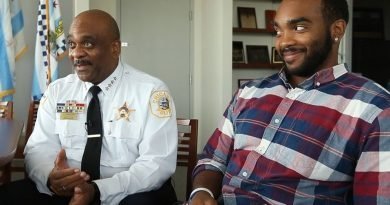 Testosterone has a complicated relationship with moral reasoning, study finds