Home » Health News » Do you get the ‘drunchies’? Scientists reveal why 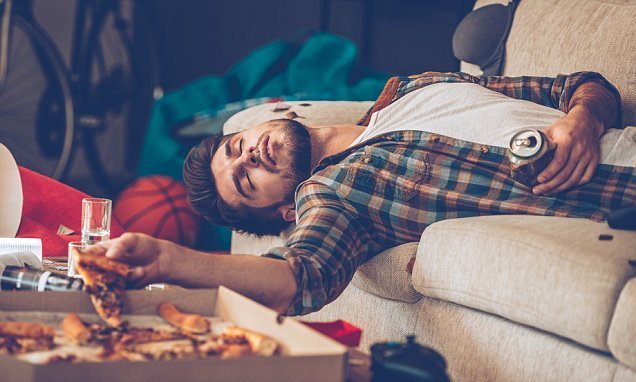 Scientists reveal why drinkers get the ‘drunchies’ after a night out: Alcohol causes blood sugar levels to plummet leading to cravings for salty food like pizza

Scientists have revealed why drinkers get the ‘drunchies’ after a night out.

Drinkers develop ‘drunk munchies’ after consuming excessive amounts of alcohol due to alcohol causing blood sugar levels in the brain to rise and fall, leading to hunger, according to the researchers.

Perhaps unsurprisingly, most crave salty food such as pizza, with healthy dark-green veggies being less appealing, the study found.

When hungover the following day, many drinkers opt for junk food like tacos over more nutritious options due to them believing the myth that heavy carbs ‘soak up alcohol’, the researchers add.

The scientists believe post night out binge eating may be driving obesity, which affects up to 60 percent of adults in the US and around 26 percent in the UK. 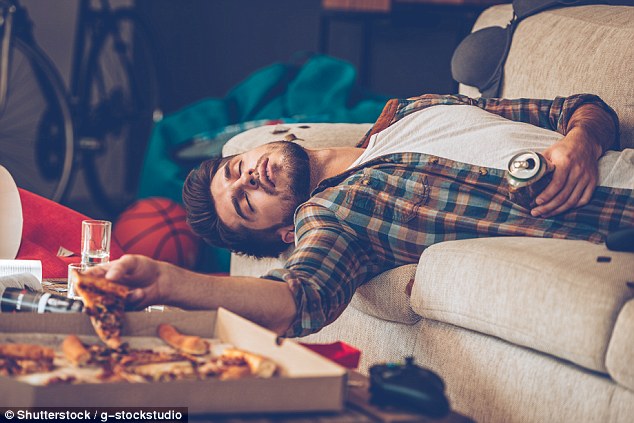 WHAT CAN YOU SAY TO STOP STUDENTS ‘DOWNING’ ALCOHOL?

Telling students not to ‘down’ alcohol makes them drink more, research suggested in August 2017.

Disapproving of drinking alcohol in one go, known as ‘bolting’, makes people more inclined to gulp their drink, a study review found.

Warning others about the dangers of downing drinks also has no effect on the likelihood they will do it, the research adds.

Yet, telling them that most people do not bolt drinks on a night out does reduce the risk they will, the study found.

Study author Professor Charles Abraham, from the University of Exeter, said: ‘This demonstrates how careful we need to be in selecting the right message in campaigns, and evaluating them before wider dissemination, as poorly designed campaigns, however well-intentioned, can backfire.’

The researchers, which also included scientists from the University of Queensland, analysed three studies with a total of 221 participants.

Some of the study’s participants saw a poster saying that 70 per cent of peers ‘disapprove of bolting’ and 65 per cent ‘do not bolt drinks on a night out’.

All of the participants then completed a questionnaire that assessed their perception of bolting and how likely they are to do it.

The researchers, from the University of Michigan, analysed 286 students at a large public college in the Midwest.

The inspiration for the study came from an advertisement the scientists saw in a university newspaper.

Lead author Professor Jessica Kruger explained: ‘It said, ‘Got Drunchies?’ and had ads for pizza, tacos, and other fast-food places that were open late after the bars closed.

‘So, we dug a bit deeper and first figured out what the “drunchies” were and then decided this would be interesting to study.

‘Our first study in this area focused on what people ate while drinking alcohol. This study explored what they eat the day after drinking.’

The students completed an anonymous online survey that asked questions such as ‘What do you typically eat for your first meal of the day?’ and ‘How often do you eat something before you go to bed?’.

Later in the survey, the participants were asked how often they eat something before bed on nights when they drink alcohol and what their first meal of the day typically is after an evening boozing.

Speaking of the findings, Professor Kruger said: ‘All alcohol drinkers were more likely to eat something before they went to bed after drinking alcohol than in general before they go to bed.

‘It is believed that after drinking alcohol, the amount of blood glucose in the body can rise and fall which stimulates the brain to feel hungry.’

Despite craving food, drinkers are not more likely to drink water or other non-alcoholic beverages before bed, which can cause dehydration. 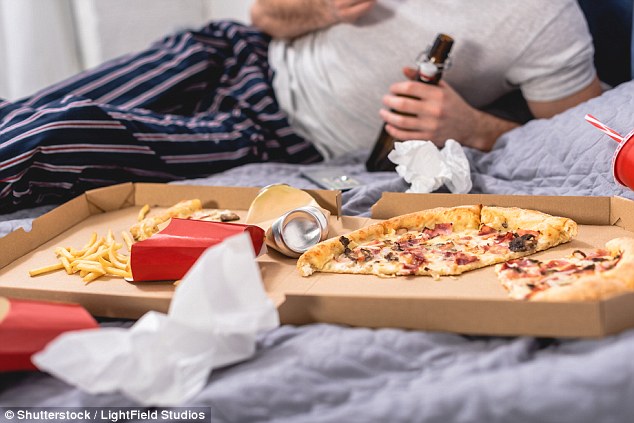 When hungover the following day, many drinkers opt for junk food like tacos over more nutritious options due to them believing the myth that heavy carbs ‘soak up alcohol’ (stock)

Teenagers are less likely to binge if their parents disapprove

This comes after research released in July last year suggested teenagers are less likely to drink if their parents show disapproval.

Study author Ms Jacqueline Bowden, from the University of Adelaide, said: ‘Parents have more influence on their teenagers’ decisions regarding alcohol than they probably realise.

‘Parental behaviour and attitudes towards alcohol really do make a difference and can help prevent children from drinking at an early age.’

Mr Lincoln Size, chief executive of the Cancer Council Australia, which supported the study, added: ‘This latest evidence highlights the need to educate young people about the consequences of alcohol consumption and for parents to demonstrate responsible drinking behaviour.

‘We need to get the message through that what may be considered harmless fun actually has lifelong consequences.’ 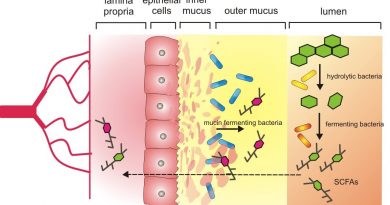 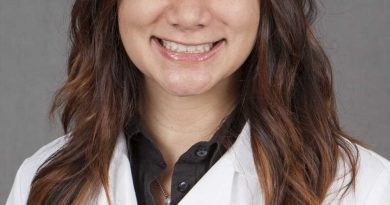 Team investigates why candidates for cochlear implants rarely get them