Home » Health News » Dementia: The ‘early’ sign in your ‘physical’ appearance that could signal brain decline

Dementia is a wicked condition that significantly alters the lives of individuals and their families. The initial stages are usually characterised by mild cognitive impairment which goes on to destroy memory and thinking skills. Occasionally, a subtle change in physical appearance may be an early sign of brain decline. What’s more, the sign may appear 20 years prior to the onset of dementia symptoms.

The Cleveland Clinic explains: “From a scientific standpoint, there is growing evidence that weight loss later in life can be an early warning sign of mental decline and the development of Alzheimer’s.

“Individuals with dementia with Alzheimer’s disease may lose weight because they may burn more calories than elderly people without the disease.

“People with dementia frequently pace, wander and are more likely to be in motion – activities that burn more calories.”

The health body adds that while the symptoms may occur at any stage, they may become more apparent as the disease progresses.

READ MORE: Dementia: The ‘early’ warning sign which can show up in ‘familiar’ tasks – ‘don’t ignore’

In 2007, researchers found that significant weight loss among middle-aged and older women could be a warning sign of the disease.

The researchers observed that middle-aged women diagnosed with dementia started losing weight up to 20 years before the disease was picked up.

These women weighed about 12 pounds less than those without the disease by the time they received a formal diagnosis.

David Knopman, of the Mayo Clinic in Rochester, said in a press release at the time: “One explanation for the weight loss is that, in the very early stages of dementia, people develop apathy, a loss of initiative and also losses in the sense of smell.

“When you can’t smell your food, it won’t have much taste, and you might be less inclined to eat it.

“And, apathy and loss of initiative may make women less likely to prepare nutritious meals and more likely to skip meals altogether.”

How to avoid dementia

There is convincing evidence that adopting healthy habits early on in life could significantly lower the odds of developing dementia.

Regular exercise, for example, has been shown to slow the progression of Alzheimer’s disease in people who have symptoms.

This is because exercise targets the prefrontal cortex in the brain, which is critical for decision-making and personality.

When working out, the brain produces new brain cells in the hippocampus, which increase its volume and improve long-term memory.

Dietary measures also exist to protect the brain from decline, according to Harvard Health.

Studies have shown that the Mediterranean diet could thwart the progression of brain decline.

Doctor Gad Marshal, associate medical director of clinical trials at the Centre for Alzheimer Research and Treatment at Harvard-affiliated Brigham and Women’s Hospital, noted: “It is thought that wine in particular, and not other forms of alcohol, may be helpful, but this has not been proved.” Screen time monitoring is harder for families with multiple children 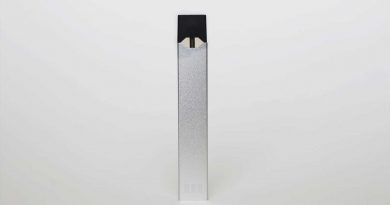