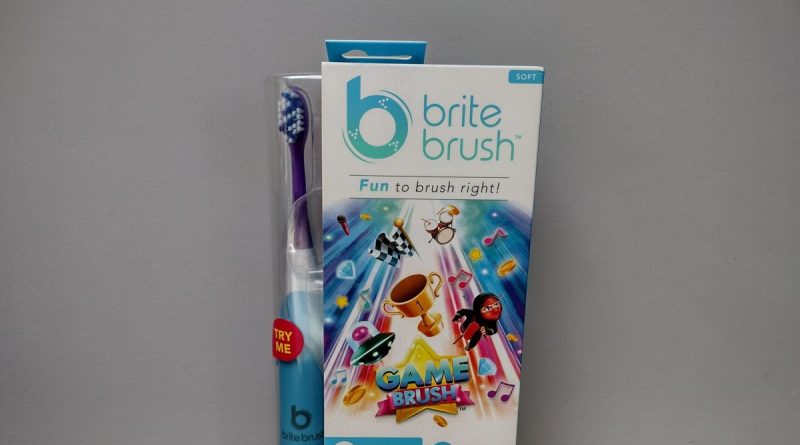 The BriteBrush aims to make brushing fun, by bringing interactive games, rewards and songs into the brushing experience. It’s available in three cute and vibrant designs: Baby Shark, Sesame Street Elmo (both of which are suitable for children aged three and up), and Game Brush, designed for kids aged five and up. We tested the Game Brush variation at home.

This review takes a closer look at the BriteBrush and its features and functionality. We’ll see how well the brush performed in our at home testing, and check what parents have to say about it in the latest user reviews.

If the BriteBrush isn’t the right toothbrush for your child, you’ll find one to suit in our buying guide to the best electric toothbrushes for kids.

The BriteBrush is a colorful piece of kit. We tested the Game Brush, but there are other designs available, such as the Elmo brush and the Baby Shark Brush. The toothbrush itself is light and slim, which is good for small hands.

A bright purple toothbrush head locks on to the blue handle. A white rubber neck connects the two, making the device waterproof. A single red power button sits to the side of the toothbrush handle – a clever touch as it stops little hands from accidentally turning off the toothbrush.

However, apart from the light-up base, the whole toothbrush feels rather cheap and plastic. There’s nothing special about the toothbrush head, with no ridged panel for cleaning tongue and cheeks. The toothbrush handle is shiny and smooth, which may affect grip when wet, and there doesn’t appear to be any ergonomic design to improve maneuverability.

Given the price point of the BriteBrush, and the fact that it is still essentially a manual toothbrush, albeit one that plays a host of noises, the overall look and feel is a little cheap and toylike, especially compared to other sonic or oscillating-rotating options at a similar price.

The BriteBrush is easy to use right out of the box, as it comes loaded with two AAA batteries. When you first take the brush out of the packaging, it is in ‘Try Me’ mode. Simply press the power button to hear audio about the brush. Start brushing up and down to begin a brief practice session for brushing correctly. Once the practice session is complete, your child can begin brushing as normal.

There are lots of different games and sounds to unlock, from ‘Space Attack’ to Rockstar Jam’. Fans of video games will love the classic arcade sounds. Each game has four sections, where your child is encouraged to collect stars, with good brushing technique. The brush encourages your child to play two games, which last two minutes, the amount of brushing time recommended by dentists.

If your child stops brushing, the sounds stop, and a voice reminds them to brush up and down to keep the games going.

Once your child is finished, they can double-click the power button to hear their score. The BriteBrush lights up red, yellow, or green, and lets you know the number of stars collected during brushing. This gives you an idea of how well your child is brushing.

It’s easy enough to remove the brush head and replace it with a new one. The makers recommend changing your brush head every three months. The BriteBrush also comes with an extra brush head, which is handy.

The instruction manual is clear and easy to understand, and the BriteBrush website features online manuals for all three of its models.

The first thing you notice about the BriteBrush is how loud it is. Despite being essentially a manual toothbrush that plays songs and sounds, it clocks in at over 70 decibels, which is as loud as a washing machine or dishwasher. This makes it the loudest electric toothbrush for kids we tested at home.

You can turn the volume down, by pressing and holding the power button until you hear ‘low volume’. However, you’ll need to do it before every brushing session, as the brush doesn’t hold this setting for you. And even then, the volume still comes in at over 60 decibels, which is similar to the volume of normal conversation. If you have a child who is sensitive to loud noises, or if you’re sensitive to loud noises yourself, this could be problematic.

The brush does a good job of encouraging your little one to brush up and down. However, we did find that the smart sensors sometimes didn’t recognize that we were brushing up and down already. So the constant reminders, and the fact that the game stopped to remind us, was often a source of frustration.

The ‘side recognition technology’ didn’t appear to work at all. The games continued on, regardless of whether we changed sides or not, so parents may wish to continue supervising their little ones to ensure they’re covering the whole mouth.

BriteBrush review: What’s good about it?

If you have a child who is reluctant to brush, and you’re desperate for something to distract them while brushing, or encourage them to keep brushing for two minutes, the BriteBrush could be a good option. Fans of arcade games will love the noises and sounds provided, and competitive brushers will enjoy collecting stars and improving their score.

Parents will also appreciate the ‘Parent Check Light’ which allows you to check how well your child brushed during their session.

BriteBrush review: What’s not so good about it?

We simply weren’t convinced by all the technology the BriteBrush promised. We found the ‘side change recognition’ didn’t work at all, and the smart sensors were often sluggish in recognizing brushing technique. This could be maddening for children, and their parents.

The fact that you have to lower the volume every time before brushing is frustrating, and even then the brush is still very loud.

The BriteBrush performs fairly well in user reviews, with 76% of users giving it the full five stars on Amazon. Parents say it encourages their little ones to brush more effectively, and they enjoy the fact that they can check how well their child is brushing.

However, there are quite a few negative reviews too. Parents have experienced problems with the technology not being sensitive enough, causing frustration during brushing. One mom says her son got so mad during brushing, he brushed too hard and hurt his gums.

The loud volume of the brush is also regularly mentioned, as well as the fact that the BriteBrush is simply a manual toothbrush with sounds and lights. Many negative reviews also say the toothbrush bristles became frayed more quickly than expected.

Should you buy the BriteBrush?

At this price point, the technology provided with BriteBrush should perform better. Parents who wish to improve their child’s brushing technique may prefer to invest in an electric oscillating-rotating toothbrush, or a sonic toothbrush, and get more value for a similar outlay of cash.

BriteBrush review: If this product isn’t for you

The Philips Sonicare for Kids electric toothbrush is suitable from three years old, features a quadrant pacer and two minute timer, plus a smaller toothbrush head for younger kids. It also comes with a free accompanying app to help your child improve their brushing technique.

If you’re looking for a sonic toothbrush that looks and feels great, while giving a gentle but effective clean, the Foreo ISSA Kids lasts for 265 days between charges and is suitable for kids aged five and up.

Joanne Lewsley is a UK-based freelance writer and editor, covering health and lifestyle news and features. She mainly creates evidence-based health and parenting content and has worked with a number of global sites, including BabyCentre UK, Medical News Today, Fit & Well, Top Ten Reviews, and Yahoo! 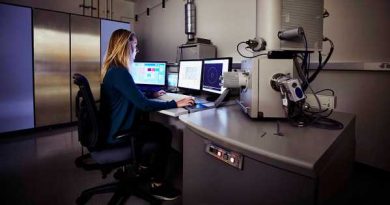 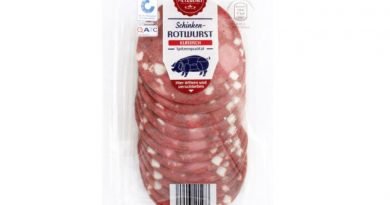 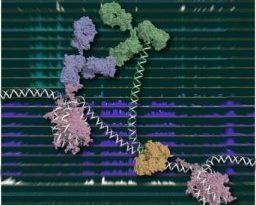