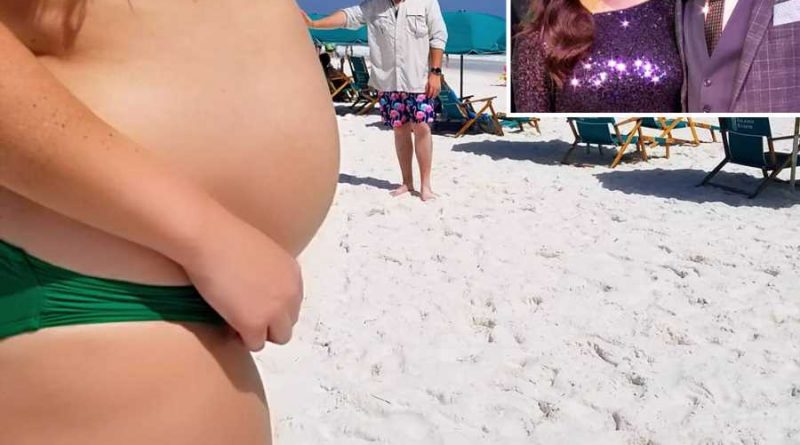 Amy Duggar King is having fun with her baby bump!

On Monday, Amy, 32, shared a hilarious Instagram photo from her Florida vacation with husband Dillon King, which shows the couple using her pregnant belly as a prop.

For the shot, which was taken on the sand of Fort Walton’s white beach, Amy posed from the side while Dillon stood a few steps behind her with his hand up to make it look as though he was leaning on her stomach.

On Tuesday, Amy shared a solo photo of herself wearing a white dress on the shore.

The little bundle of joy will be the couple’s first child together.

The pregnant reality star revealed in June that they are expecting a boy.

“I’ve always wanted to be a boy mom! Dillon builds lifted trucks, so I can just imagine how suped-up the Power Wheels will be,” Amy told PEOPLE exclusively. “We just can’t wait for this little ball of energy to arrive! He’s already named, so let all the embroidery begin. I am so obsessed with baby bath robes!”

In a series of images posted to Instagram, Amy and Dillon posed on a bed in matching white shirts, jeans and black blindfolds for a sex reveal photo shoot.

As they took off their blindfolds, the couple shared a kiss, and blue feathers were tossed in front of them.

After receiving an outpouring of love following the sex reveal, Amy thanked her followers for their kind messages.

“We just wanted to say thank you for all the sweet comments & messages!! We cannot wait to meet this little ball of energy!! #babyking #happyfeet I was so excited I could hardly sit still!!😂” she captioned the smiling photo of the pair sitting at the foot of the bed as blue feathers were scattered around them.

The parents-to-be revealed the news of her pregnancy in April.

“We are completely speechless, overly excited and ready for the next chapter as new parents!” they told PEOPLE exclusively.

The baby is due in October.

Amy and Dillon were longtime friends before they exchanged “I dos” in a country-chic wedding on the grounds of Horton Farms near Bentonville, Arkansas in 2015.

Since her pregnancy announcement, Amy has been documenting the road to motherhood on Instagram.

On May 22, she posted a photo of Dillon cradling her 20-week baby bump in celebration of the half-way point of her pregnancy. 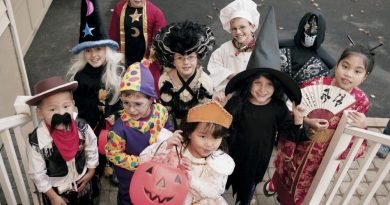 Healthy Halloween Trick Or Treat Gift Ideas For Your Kids 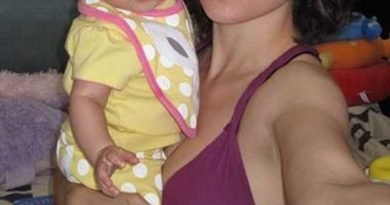 Dr. Britten Cole's Blog: How to Be Prepared in Case Your Children's Nanny Suddenly Quits 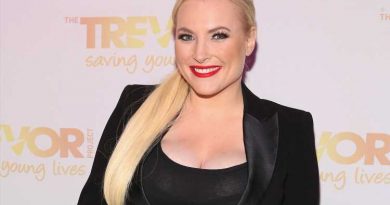 Meghan McCain Says 'Motherhood Is Euphoria' with Newborn Daughter: 'Wish I Had Done This Sooner'