Home » Beauty & Balance » Victoria Beckham Beauty Powers Through the Pandemic With a Lipstick, and a ‘Clean’ Mascara to Come There is no airbrushing the facts at Victoria Beckham Beauty, which has pinned its name on transparency with regard to both ingredients and communications, and which prides itself on non-toxic, cruelty-free formulations and planet-friendly packaging.

The web site prints every product comment—good, bad, in-between—on its web site, while the cofounder and chief executive officer Sarah Creal doesn’t hold back about some of the challenges the year-old start-up has faced.

The brand’s debut in China over the summer was a success, but there were a few nerve-racking moments, like when the team ran out of product within minutes of the brand’s debut on Alibaba’s Tmall Global.

Victoria Beckham Beauty debuted there in July with the Power Glow set, an exclusive created for the launch featuring a serum and moisturizer developed with Augustinus Bader. Beckham herself led the marketing efforts via a livestream Q&A session with Viya, one of China’s biggest influencers.

“So, we go live and we sell about $150,000 worth of product in five minutes. It was a success by anybody’s measure, and I was like ‘This is amazing!’ Then the site showed we were out of stock. In the end, we did not meet the demand, so it was frustrating. The silver lining is that we know there is such demand,” said Creal during a video interview from New York.

They Are Wearing: Street Style at Milan Fashion Week Spring 2021

Creal said her team bounced back, and are now prepping their next big China move, in November. “I’m so supercharged about China, because we’re in there now. We’re gearing up, as everyone is, for the big festival, 11/11, Singles Day,” the biggest online sales event in the world.

There were more silver linings in China: Creal said Beckham has good awareness in the region, both as a person and as a fashion brand, and people admire and respect her. Creal said they refer to her as “Beisao,” or Mrs. Beckham.

“It’s a term of respect, almost like ‘sister-in-law,’ and there’s a warm tonality to the word. Victoria is admired because she has this beautiful life—but she’s also worked hard for it. Her values are authentic and resonate with the Chinese consumer. They actually started a hashtag when we launched, which was #WorkHardBeKind,” said Creal, an Estée Lauder veteran with a background in marketing and product development.

Although she couldn’t physically be in China during lockdown, Beckham did her part, making videos where she gave advice to young girls and talked about what she would have done differently in the past. “A lot of it was like ‘Embrace your own imperfections, and that of your friends. Support other people and be kind to them. Make the effort,’” said Creal.

Both Beckham and Creal have tried to build the beauty brand with some of those values in mind.

“When Victoria and I first talked about what we wanted to do with the brand, our whole conversation was about what luxury beauty would look like in 10 years. We wanted to build a brand for the future. As part of that, we knew we would have to be sustainably focused. And we knew we wanted to be cleaner than clean.”

The brand marked its first anniversary earlier this month, and Creal said that despite the oddities of operating in lockdown, business has been good.

Sales, she said, have been growing in the double-digits month-on-month, and the brand is expecting “strong” double-digit growth in fiscal 2020-21. Creal even said that’s a conservative projection. While the brand started as a direct-to-consumer proposition, it now also sells on Cult Beauty and Net-a-porter, in addition to Tmall Global.

Some 75 percent of the customers that shop on the site each month are new, a trend fueled by people quarantining at home.

During lockdown, Creal said, “suddenly, we were getting a lot of very new customers; people who were buying beauty online for the first time.” The brand also launched its Coco Kajal eyeliner during lockdown, and Creal said it’s been a crowd-pleaser.

Next up is a debut line of lipstick called Posh, named for Beckham’s Spice Girls moniker, which launches on Oct. 1. There are nine shades, while ingredients include avocado and rose botanical oils, and flower waxes.

“We created the formula because we wanted it to be plumping and moisturizing, with a butter-soft, shiny finish. For the packaging, we used minimum plastic. It clicks when it closes, and it has the most incredible weight,” she said. Names include Spice, Play, Girl, Pixies, Sway, and a red called Pop. The price is $38.

In January, the brand will launch a newfangled, clean mascara that Creal describes as the dream.

“It has this kind of curling effect, it’s transfer-proof, 100 percent clean and comes off with warm water. It leaves not one trace. It’s like mascara remastered. We wanted to re-engineer mascara into a treatment that would wear like iron.”

She said ingredients include plant and botanical waxes that are soft and malleable, botanical ingredients for plumping, vitamins and a plant polymer to seal up everything.

More skin-care products and color cosmetics are in the pipeline for next year, while the brand also plans to crack into fragrance and wellness via supplements. “Victoria and I are both crazy about these categories: The hardest part is cutting it down because we can only launch so many products a year,” she said.

In an interview on the sidelines of her spring 2021 presentation in London last weekend, Beckham described Creal as “my perfect partner in crime. I love learning from her—she is so knowledgable. We are a small start-up, and we’ve earned so much respect in skin care already, and that’s difficult for a fashion brand.”

The products, and strategy all come from the same place, said Creal.

“This is not a brand being built in a corporate boardroom. Our first goal is to be authentic, to put products out there that we care about and that are really going to do something different, products Victoria and I feel like we’re missing our own regimens. I have the faith that if we grow it organically and authentically, people will respond,” she said. 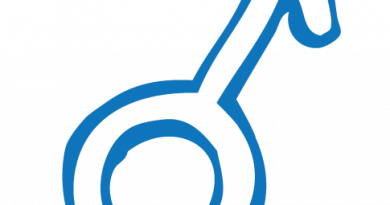 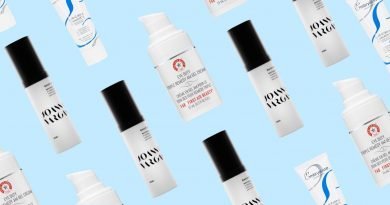