Fatty liver disease refers to the presence of fatty deposits in the liver that set the stage for a host of life-threatening illnesses if left unstopped. The condition has been dubbed the “silent” liver disease because patients rarely present with overt symptoms. Some subtle changes in the breath, however, may be a telltale sign that the condition is already “advanced”.

Hepatic encephalopathy refers to changes in the brain that occur in patients with advanced or sudden fatty liver disease.

The liver’s role revolves mainly around breaking down potentially damaging substances so that they don’t harm the body.

When the liver is damaged and is unable to carry out this function, toxic compounds enter the bloodstream and cause a reaction.

This process triggers an episode of hepatic encephalopathy, which manifests through an array of symptoms, ranging from mild to severe.

Sufferers will notice changes in both their physical and mental function, with key signs including confusion, forgetfulness, poor judgement and poor concentration.

Early symptoms will also include a stale or sweet odour on the breath.

Studies investigating the link between breath and liver disease believe bad-smelling breath could result from the liver failing to correctly metabolise sulphur-containing compounds.

More recent studies, however, have determined that the smell is linked to an increase of dimethyl sulphide in exhaled air.

Other compounds linked to advanced liver conditions have included ethanol and short-chain alkanes such as ethane and pentane.

If left untreated, the condition can lead to several other health complications including cancer and cirrhosis – or scarring of the liver.

If the condition is picked in the early stages, it can be prevented from getting worse and damage can still be reversed.

Researchers recently warned that the condition is growing to epidemic proportions after they found that 20 percent of 24-years olds in England had fatty deposits in the liver.

Half of those individuals had the severe form of the condition, the experts added.

Vanessa Hebitch, of the British Liver Trust, said earlier this year that greater awareness of the risk factors of NAFLD was needed.

She explained: “At the moment the majority of patients with this serious disease are not picked up until a late stage when the liver is so severely damaged it is too late for effective intervention.”

A study earlier this year suggested that influences in the womb may play an important role in increasing the risk of developing fatty liver disease.

Researchers found that obesity in mothers before pregnancy, in particular, was associated with just over twice the risk of their children going on to develop the condition.

“Any research such as this that sheds light on the causes and can potentially improve early detection in the future is important,” added Hebitch. 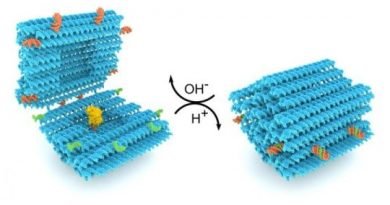 DNA folds into a smart nanocapsule for drug delivery 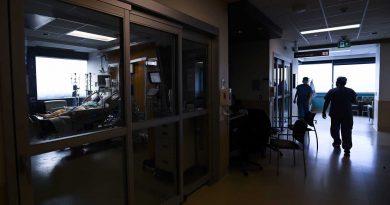 Ontario retracts new restrictions that drew the ire of many